Znapin Plans To Make Your Social Life Interesting With Their New App! 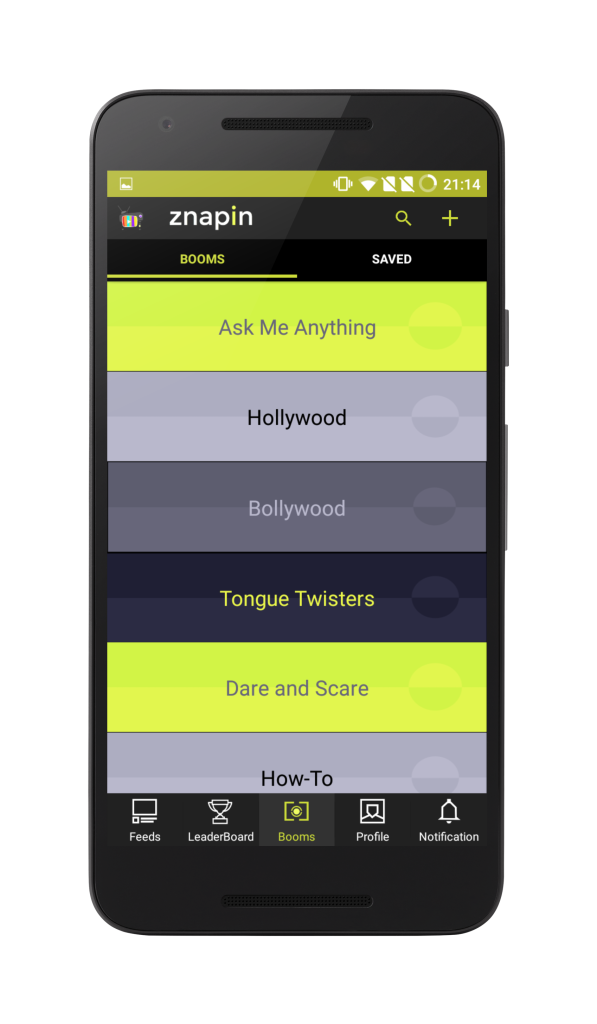 Znapin is an app made for you, to enjoy, to show off your best, to create fun moments with friends, to live each moment, to take the most fun selfies and videos, to bring out the super super star in you.

7.1 Billion People, 3.09 Billion Internet users, 2.10 Billion active social media accounts, 3.8 Billion Unique mobile users, 1.9 Billion Mobile Social Accounts. What are we looking at here and most importantly why are we looking at these statistics? Is it in a way related to some news? The last time I checked I am not a good news reporter (actually not even a reporter), that reminds me to leave these to the good news fellows. As per a thorough study & research (the above statistics is the part of research), creative and fun content gets more eyeballs and interaction, that’s one of the reasons why I would let myself be laughed off as the funny guy (that was not so funny though).

Let’s see, what would you usually do when you feel bored? Google for random funny stuffs and after hours of following links after links, you end up still bored. Where is the gap here? Do I mean to say that Internet does not have enough fun content, NO! then I would be the one trying to be funny desperately with a bad joke. What has been missing is the interaction, do you know in a lot of cases, the comments posted on a meme tends to be funnier than the intended one. But, in majority, the post to interactions ratio at the moment is as good as nil.

The gap is huge and nows the time to share creative and fun content, that’s where the engagement is and Znapin is just about that! Bored by the same old pouts, znapin was built from ground zero to make authentic content fun with real people unlike bots and fake accounts flooding social media today just to show a perceived value. There are numerous sites that lure you to liking them, with their so called stand out selling strategies and eventually ‘up’ themselves in the ranking and to their reachability and credibility.

What’s the catch in it for commoners like us? Most of them don’t even let us trial their premium packages, the gratification to the users does no exist at all. There’s a lot of room for social media to be disrupted as today’s social media needed a change or as Yash elegantly puts it, “a breath of fresh air” and Znapin was born to bridge this very gap alongside content creation.

You can download ZNAPIN from the appstore or the playstore! 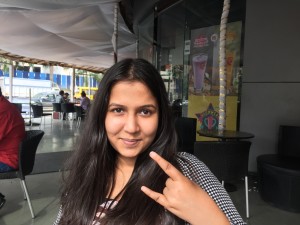 Nyha – She’s a powerhouse of enthusiasm in everything she does. From UI – UX to writing content and finding  innovative ideas to get znapin rolling. Always upto something awesome. She loves singing like in the opera then asks around to see if any glass broke “Haha”. Mischievious at heart and a go getter. 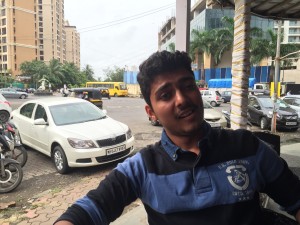 Ankur – He’s a tech guru, excelling in backend technologies. From analysis on a feature to problem solving, he’s the go to guy. Full of fun and always upto something. At work, lately they call him DB (Dhongi Baba). If he’s not coding, he’s either gone down to have cutting chai at Hari Om or racking up points on the dart board. 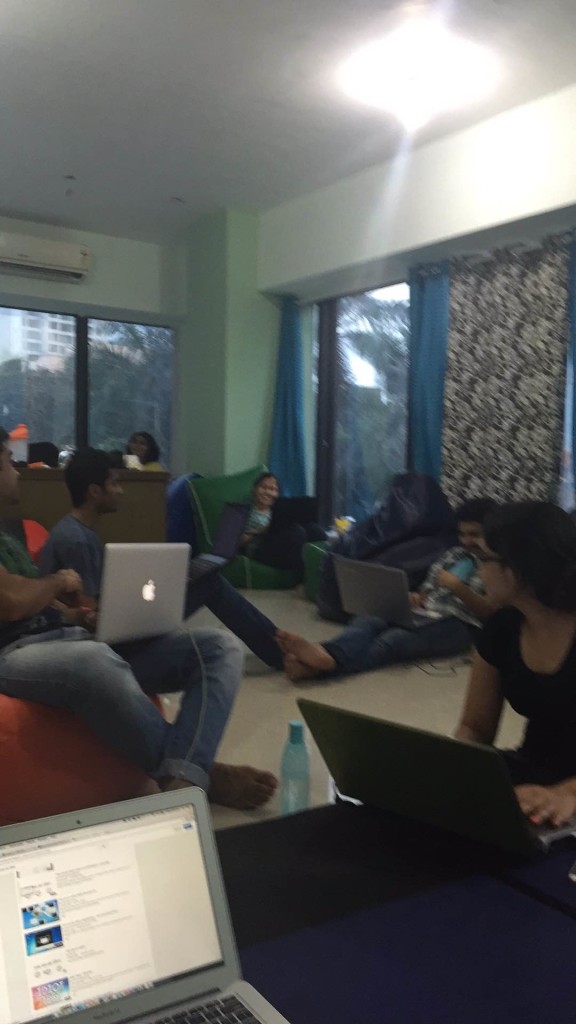 Nishit – Hardcore developer. Never say die is his mantra and ensures that he finds a solution to every bug he encounters. They fondly call him Dr. Bal Khade (His hair looks electricuted when he’s racking his brain & hellbent to finish the task at hand.)

Kru – He’s the quiet one. An avid movie & cricket lover and a true Yuvi fan who just can’t listen to a word against Yuvi. Super quick at getting the web-end stuff executed. Cracks PJ’s so silent that people can’t really hear and peeps over his laptop screen to see if anyone heard what he said. LOL! 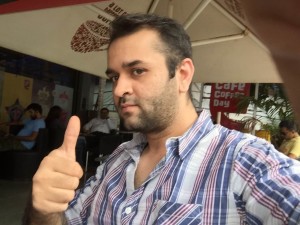 Yash – He can be held responsible for commenting on all his team mates. I am just waiting for their comments on him (once this gets out!). Jokes apart, he sees the positive side of everything and the lack of belief in Mumbai being a startup hub coupled with fire within to prove to himself that a social media network can come out of India keeps him on his toes as the D.I.E. (Director of Ideas and Execution) in Znapin.

If I’m always on my toes, I can’t sleep. 😀 (Looks like jokes are entirely not apart!)

Did I tell you how they came up with the term znapin ? Its a “Zippier New Age Personal Interactivity Network.”

They’re are thriving to generate authentic content by adding meaning to the pictures and videos taken and how do they generate that by countering bots and fake accounts? Simple, don’t allow uploads from gallery. You take part in the mini-scripts (booms) and upload it then and there, the results are astonishing, download the app and check it out. The advantage here is pure & simple fun and they’re getting to the heart of creation itself. Then again, it doesn’t cost anything to buy a smile a day.

“Many decisions that were hard; had to be taken, from hiring to firing. From learning new tech to program and speeden up developments.”

Their work might be focussed on the fun content, but it doesn’t mean they didn’t have their fair share of hardships to survive in their journey. One of the most hardest decisions taken was to let go of people who stood firm ground with them through day one and decided to end their journey with them when they’ve needed them the most.

With a stone on my heart, I let them go. Some left untold never to return as promised. But we moved on, and we’re proud of it.

Usually when asked what they have done in the last six months, Yash’s answer has always been “Survived”.

There also came a time where they were told to shut shop by many as such a thing wouldn’t work. Some told them to come back when they reach 100,000 DAU’s.

It was a hard decision to smile and look past it as it shakes you up at times.

The fun point here is that they initially started up with weird challenges thrown, to see if the product is accepted. Within no time they were accepted all across the globe. Surprisingly, India ranked 8th in usage. 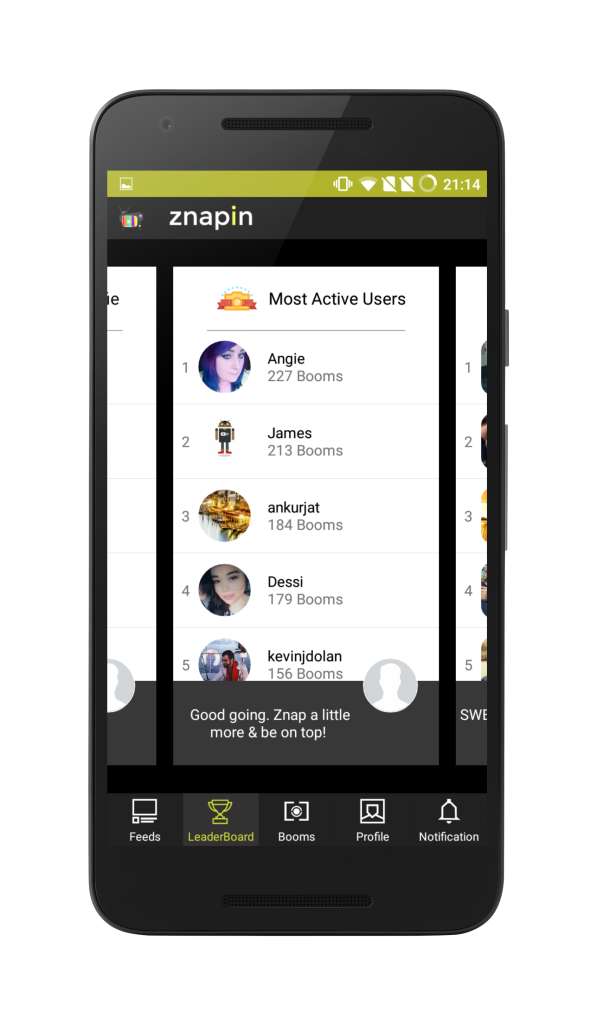 “Lots planned waiting to be executed”

Their main focus is to grow the community as much as possible. They’re working on creating fun features with regular brainstorming at office and outdoors. They usually work off site to create key market differentiators as they feel it’s good to observe and give the people what they want. They plan to reach at least a million downloads in the coming three months, after which they will keep introducing a range of fun features and retention attributes.

Alongside, Yash is personally developing prototypes to do some A/B testing internally before moving it to development full fledged.

Given their lessons learnt, they’re not ready to give up. They have the team, they know the problem and have the solution. They’re only  looking for like-minded investors to walk this journey with them hand in hand.

To know more about znapin team’s work, you can just read it for yourself in Yash’s own words.

“Honestly, we follow the heart. We mix things up from fun flash talks at coffee shops if we see someone with their camera clicking a photo, we tell ‘em about znapin. We shout out loud about znapin hoping someone gets the hint. There’s a strategy being formulated all the time. We have a few tricks up our sleeves, you’ll hear about it super soon. We’re quick to try and quicker to tweak it to achieve results.”