Zoho Corporation, the Indian software-as-a-service (SaaS) company, has invested $5 million (~Rs 35 crore) in Voxelgrids, a Bengaluru-based medical device company that develops magnetic resonance imaging (MRI) scanners. The investment will be made in two installments over the next two years, with Zoho owning around 25 percent stakes in Voxelgrids. 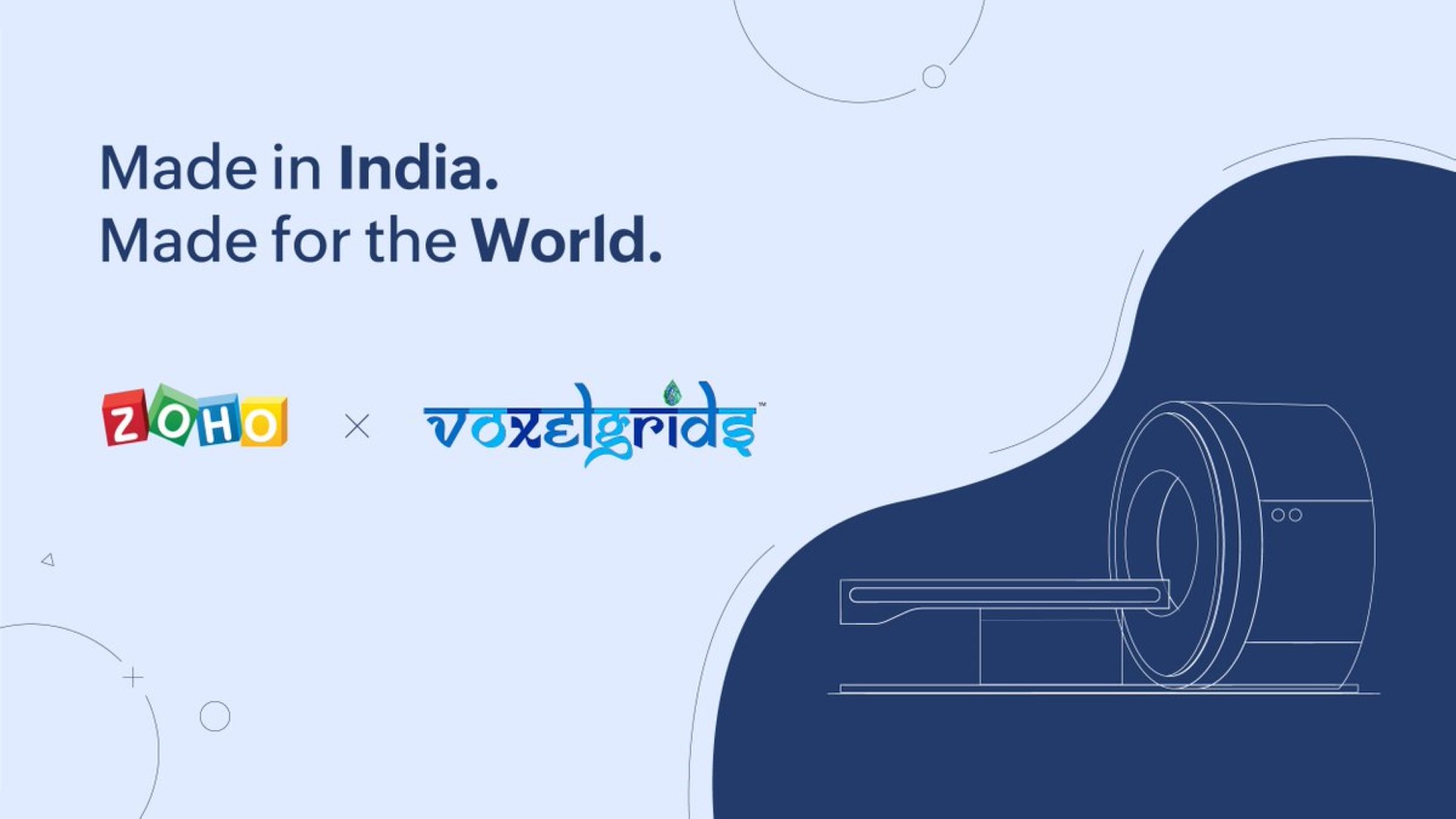 The investment will encourage the company in the growth of its deep–tech expertise, the creation of IPs, and the expansion of its business. Voxelgrids will receive additional support from Zoho in the development of indigenous MRI technology, which will give a next-generation and cost-effective solution that will allow healthcare institutions to save on capital as well as operational expenses.

Zoho co-founder and CEO Sridhar Vembu took Twitter to announce the development, stating, “We are investing n Bengaluru-based Voxelgrids. Voxelgrids is one of the few companies that is working to solve this problem with MRI machines entirely built in India.” Adding further he said, “We hope that Voxelgrids’ success brings in more support for deep tech products made in India.”

Voxelgrids is a Magnetic Resonance Imaging technology startup founded in 2017 by Arjun Arunachalam, who has around two decades of experience in the industry. Arjun previously secured the position of head scientist at GE Corporate Research in the United States. He was also an assistant professor in the Electrical Engineering department at the Indian Institute of Technology (IIT), Bombay. His company currently employs more than 22 individuals including its co-founders Shankar Murthy Udupa and Sairamesh Raghuraman, who serve as engineers in the startup.

According to surveys, almost 70% of the world’s population does not have access to MRI scanners. Furthermore, there are just 0.4 MRI scanners per thousand beds in India, with most allocation limited to tier-1 cities. Regardless of the fact that India is a popular medical tourism destination, procuring diagnostic imaging appliances is still an expensive affair for hospitals and clinics, with patients bearing the majority of the cost. The Indian market is monopolized by either imported or refurbished machinery.

Voxelgrids has developed a handful of MRI scanner technologies based on unique cryogenics and cutting-edge electronic designs, and it plans to commercialize them through OEM collaborations with other industry players. The scanner can also be installed on specialized mobile platforms and shipped to remote areas, where it can be set up within a couple of hours.

The scanner’s operating costs, such as electricity consumption, are projected to be significantly lower than those of competitors in a similar category. Before the end of the fiscal year, Voxelgrids hopes to have a number of full-fledged clinical facilities.