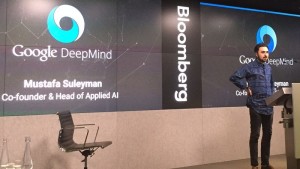 02 May 2016, USA :
Google has cracked a deal with National Health Service (NHS) which will now allow DeepMind access to as many as 1.6 million private patient records.

The data-sharing agreement which first unmasked its true nature would give Google’s DeepMind unrestricted access to sensitive data that the Royal Free NHS Trust has.

“This is not just about kidney function,” said Sam Smith from the health data privacy group MedConfidential. “They’re getting the full data.”

With the agreement, Google would be able to look at all the patient records that pass through all these hospitals each year, along with sensitive details of abortion, drug overdose, and even HIV status.

The agreement also allows Google to look at patient information from the past five years that the NHS has submitted to the Secondary User Service (SUS) database, which serves as a centralized record of all UK hospital treatments ranging from emergency departments to critical care.

There have been questions raised on patient’s consent and permissions. Would the NHS ask for patients’ informed consent? Would the NHS give the patients the chance to opt out?

UK Life Sciences minister George Freeman echoed the same concern and said NHS should be more careful. He said, “Healthcare is going digital in the 21st century with huge benefits to patients,” said Freeman.” But NHS patients need to know their data will be secure and not be sold or used inappropriately, which is why we have introduced tough new measures to ensure patient confidentiality.”

Google said there are no commercial plans for its DeepMind’s data mining services and that the existing pilots covered by the agreement are free.

Last February, Google announced that it would be collaborating with the NHS for app development. The Streams app, Google said, would simply aid hospital personnel to monitor their patients with kidney diseases.

The NHS houses information from three major hospitals under its control in London namely Chase Farm, Barnet, and Royal Free.
With the tight competition in artificial intelligence development, it seems Google is leading the pack in health analytics.
Source : techtimes.com
Image : techworld.com