You Could Be At Risk If You’re Using FB Messenger 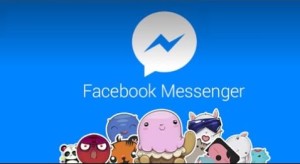 Researchers say they uncovered a vulnerability in Facebook’s popular Messenger app that would have allowed hackers to alter any sent message or attachment. putting millions at risk.

The firm warned the vulnerability could have had a “severe” impact on users. Fraudsters could manipulate message histories to claim an agreement had been reached with victims, hackers could tamper with conversations and incur legal repercussions and the issue could be used to distribute malware.

An attacker could change a legitimate link or file in a chat into one pointing to malicious apps and ransomware. The link could even be updated again in the future with the same technique, keeping the campaign up to date.

“We applaud Facebook for such a rapid response and putting security first for their users.”

Apple One Subscription launched in India starting at Rs 195