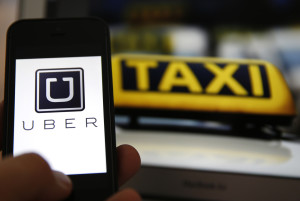 08 April 2016, India :
Uber driver was shot dead in Delhi, allegedly by a pair of teen passengers, the police said today.

The driver, identified as Kuldeep, 51, reportedly got into an argument with the teens as soon as they began their journey on Wednesday evening.

They then shot him, the police said, on an isolated road in Najafgarh in South West Delhi. The driver was shot in the head and chest. The passengers then ran away. An hour later, a passerby noticed the abandoned car with blood streaming out of it and informed the police.

The suspects were identified by accessing Uber’s data on who had booked the ride. The teens have been found and are being questioned, said the police.

Uber in a statement said, “Our thoughts are with the family of our driver-partner, the victim of this mindless violence. We have pro-actively shared details with the police to assist them with their investigation.

It was just the first day of work at Uber for the victim.