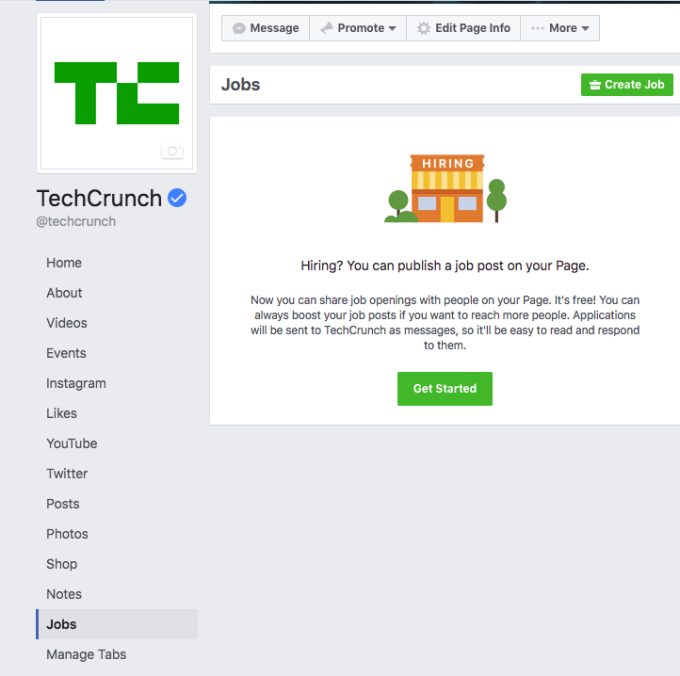 While we use Facebook mainly to let our “Friends” know what we are eating, where we are hanging out, how cool we are, Facebook is coming up with few interesting things!

According to TechCrunch, Facebook is testing a feature which is similar to LinkedIn. (High time to come up with something original Mr. Zuckerberg) As this image suggests, It is testing ‘Job feature’, you can access it via your page and has multiple options like job title, salary or if it’s full-time, part-time etc.

USA Today confirmed, “Based on behavior we’ve seen on Facebook, where many small businesses post about their job openings on their Page, we’re running a test for Page admins to create job postings and receive applications from candidates,” Facebook said in an emailed statement.

Just recently, Facebook launched Workplace, which allows companies to set up a Facebook-like work collaboration environment on a subscription basis. Last week, the company said more than 1,000 companies had already signed up.

With the amount of people online on Facebook it is bound to overtake LinkedIn with the launch of this feature successfully. Source and Image- TechCrunch