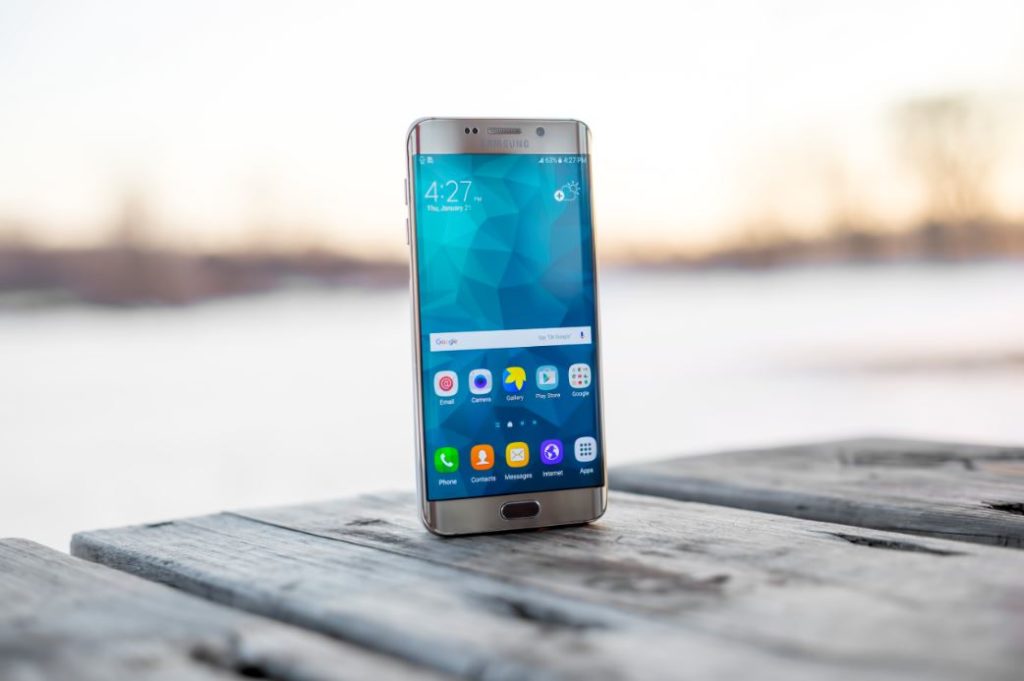 2017 alone saw a total shipment of 124 million units, according to the International Data Corporation’s Quarterly Mobile Phone Tracker and registered an annual growth of 14%.

This being the story, it is always interesting to follow up on the Indian smartphone trends as each year the country witnesses great advancements.

Now, let’s dive deep into the smartphone trends of 2018 to understand what the year has in store for us.

In-screen fingerprint sensors as a technology advancement essentially replace the button that is required to sense the fingerprint before unlocking the device. Towards the end of 2017, Synaptics announced that it had cracked the problem of embedding fingerprint sensors into displays and was mass-producing the tech for Vivo.

That makes Vivo the first smartphone manufacturer to have in-screen fingerprint scanners on its mobile devices. However, the technology is still very nascent and smartphone manufacturers are trying to find out the efficiency of the feature and the feasibility of this option on their devices. A constraint here would be the fact that in-screen fingerprint sensors can only be embedded on OLED screens.

However, Japan Display Inc. (JDI) has recently announced a new breakthrough in the race. The company claims that it has achieved a transparent fingerprint scanner that is built right into the glass of a display instead of the traditional under-the-display fingerprint scanner technology that most other companies have been working on.

The new scanner technology is an extension of JDI’s existing capacitive touch technology called the Pixel Eyes, which integrates the technology into LCD panels. 2018 can expect to see if this trend kicks off and becomes available to the masses.

Bezel is the outside frame of a devices be it a monitor, smartphone or any device. In simple terms bezel for a phone is that padding that surrounds the screen space in devices.

Product developers are the ones who evaluate the various factors and decide on the dimensions of the width. This is an infinity era and the same applies to the bezels of smartphones too.

Newer device designs have extremely narrow bezels. A few examples for the same include the Dell XPS, iPad. Some of the latest devices like the Xiaomi mix and Doogee mix are bezelless.

All said, the costs seem to still match with the price sensitive economy. The Xiaomi phones are ranged at about INR 20,000 to INR 30,000. This fact boosts the trend a little more and 2018 is going to be the year smartphone manufacturers are going to release bezel less or narrowed down bezel phones.

Dual front and back camera devices

With iPhone releasing its 7+ with a dual camera, the concept of dual camera gained popularity. So, what exactly is the benefit of having  a dual camera? Besides letting users add an optical zoom to the phone, a good quality secondary camera can help you get a sharper image with finer focus on minute details, shoot a subject with a shallow depth of field to add more emphasis.

While it is true that the dual camera system does offer excellent photography options, a lot of other factors are important in determining the effectiveness of the dual camera. Some of these factors include the size of the sensor, pixel, aperture.

The best of features, needless to say, increases the cost of phone make. So, though dual front and back camera devices are the new trends that are going to hit the markets, the quality of these is going to be a compromise in case of the lower end devices.

While a few smartphone manufacturers are working on the in-screen fingerprint sensor technology, apple worked on the face detection technology and proven to be successful with its iPhone X launch which has in it incorporated the face detection feature for unlocking the device.

Among the android devices, the One Plus 5T held the face detection feature. An interesting thing to note here is that, unlike Face ID on the iPhone X, One Plus 5T’s face unlock feature only uses a regular selfie camera, instead of a fancy infrared depth-mapping camera. That makes for a facial scan that’s obviously less secure and unique, but also faster, and crucially, one that’s only based in software.

The lack of dedicated hardware also means that OnePlus can bring Face Unlock to older devices, and that’s exactly what it plans to do, following customer feedback. In 2018, other android smartphone manufacturers too may incorporate the Face ID feature in their phones if not for the in-screen fingerprint sensors.

Both, in-screen fingerprint sensor and face detection features are just going to follow the trail of the fingerprint for unlock feature, meaning, this feature, because of its effectiveness is going to be picked up by all smartphone manufacturers.

Internet of things and smartphones

Internet Of Things is the newest thing that’s picking up in the tech space. With the current state of matter, smartphones are being used to control all the smart devices. Be it a smart weighing scale, small home appliances or smart wearable, there comes an app with each of these smart devices to carry on the functionality.

With a number of smart devices about to hit the markets in 2018, we can say that a lot of apps are going to be installed on the smartphones. Consumers being aware of these are now looking at smartphones with a preferred memory capacity of 64GB, with 4 GB RAM.

While smartphone manufacturers are working on making this a reality, app developers like AppBrowzer are rolling out app aggregator platforms to let users use apps without having to download them so that consumers can prioritise and install only those apps that require to be installed.

Google also came out with ‘Instant apps’ to solve the same problem. However, apps like appbrowzer make it more convenient to store all apps in one window for easy access and convenience.

With Reliance Jio hitting the Indian market with its low cost 4G feature phone devices and sim card plans, the other OEM players in the space are now more actively looking to partner with smartphone manufacturers to roll out bundled offers that allows them to sell the phone + connectivity at an affordable price and compete against the significant competitor.

There is obviously the doubt that this might weaken the brand image of smartphone manufacturers, but that doubt voids itself with the promising volumes that comes and the fact that we’re looking at bundling offers to compete with 4G feature phones.

An eSIM is a programmable SIM card that can be permanently fitted into devices at the time of manufacturing. Incorporating an eSim in mobile devices will definitely bring in more convenience for the smartphone users. Just like the removal of the earphone jack in iPhone gave the manufacturer the scope to improve on several other aspects like improving the battery, making it easier in terms of making the phone water resistant etc.

eSIMs will also bring in great advantages to both, the users and the manufacturers. One significant advantage that can be realised is that, through eSIMs, one can switch between network carriers without having to go to the physical store to get the sim card.

The process can be initiated according to the norms of the network carrier and the transition can be carried out on an app itself. The talks of eSIMs became extensive in 2017 and 2018 should positively see more smartphones facilitating the same.

In terms of current progress, “The GSMA is working with mobile network operators, device manufacturers and SIM manufacturers to create a common, global specification for the remote over-the-air provisioning and management of provisioning subscriptions to mobile networks for consumer devices,” says Gareth Davies, Director of Public Relations at the GSMA as per an article covered by NDTV gadgets.

When it comes to smartphones, India is a dynamic market. There is a huge potential with a large chunk of untapped customers across platforms. The large population also contributes to the opportunities that the country poses.

The country houses people across all socioeconomic classes. However, with rural areas forming the major portion, the bottom of the pyramid audience for the most in number.

The untapped demand in the lower-tier cities therefore remains the key attraction for smartphone manufacturers to explore the growth trajectory in India.

While it is true that India is a price sensitive mobile market, it is also essential to know that the country is growing at a rapid pace and the spending capacity is also increasing. Considering this, it is very important to have a healthy breadth of offerings.

Going forward, smartphone manufacturers should be present in the right price bands as well as the the bands which contribute the most to the overall sales. Vivo is leading by example in terms of understand this need of the market.

Xiaomi, LG and a lot of other players too are heeding to this and catering to the market more suitably. This year will see players cater to all segments.

Having briefed through all of these trends that are to follow in 2018, the good news is that reports say, Smartphone market will continue to grow in double digits (15%) and this will be driven by the replacement demand in the country.

Let’s wait to watch how many of these trends follow in terms of implementation and acceptance from the Indian masses.

Also Read: Trends That Have Taken Centre-Stage In Messaging This Year

AppBrowzer is an app technology startup based in Bangalore and has built a unique first of the kind technology – Express App Store. It essentially lets one use 200+ popular apps without the need of downloading them.

It has also developed a builder platform that can be used to create rich mobile apps in 5 mins, apps that make use of existing web technologies and render as native apps, in turn providing native experience. This lets developers and businesses build express apps easily and quickly using their SDK or the platform.