22% of Italians have stopped using social media in last year

In Italy, 73 percent of smartphone owners utilised social media or messaging apps on a daily basis in the previous year. However, 22% of respondents said they had temporarily or permanently quit using at least one social media platform. The three top reasons are boredom with content (35%), an overabundance of bogus news (25%), and concerns about their privacy (25%). (21 percent ). These are some of the findings of Deloitte’s Digital Consumer Trends Survey 2021, which included over 2,000 interviews with persons aged 18 to 75. 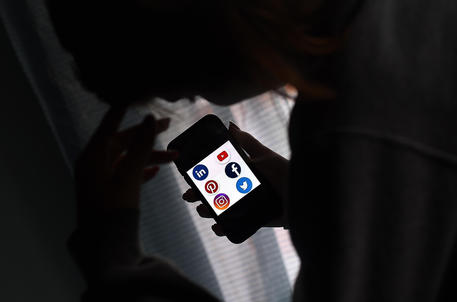 However, according to the study, social media has surpassed conventional media, such as print newspapers and news websites, as the major source for accessing news for a considerable share of users (23 percent). However, television remains the most often cited source, with 37% naming it as their preferred information channel. In Italy, the number of people who use streaming video content on demand (Svod) on a regular basis increased from 40% to 63 percent in 2021, and video on demand penetration among the “over 65” increased dramatically.

Furthermore, four out of five Italians say they use their smartphone to make an online purchase at least once a month. In Italy, the use of wearable gadgets is increasing: in 2017, just 10% of people possessed a smartwatch; by 2021, that number will have risen to 25%, and one in every five people will have a fitness bracelet. Gen-Z, or those born between 1997 and 2010, are the primary users.

“With the epidemic, the relevance of digital gadgets has grown, and it is set to expand even more in the future in sectors like health, pleasure, and shopping.” The digital scene is continuously changing, and we will continue to be surprised by unexpected developments. “It’s going to change everyone’s lives,” Francesca Tagliapietra says.

Deloitte has been pushing the Digital Consumer Trends Survey for several years, with the goal of tracking the main trends and news connected to the spread of digital devices, their use, and their applications. This year’s poll, which included 2,000 Italian consumers and was performed in mid-2021, focused on digital entertainment, online news and news sources, data privacy, digital health, and digital payments.

Consumers often find it challenging to manage their privacy as digital technologies evolve and spread. Today, you have various alternatives for managing and sharing data in the digital world: go fully offline, educate yourself about the implications of your online privacy, or simply trust that your data is safe. Only a quarter of respondents say they always decline requests for authorization to use data in applications, and in countries where the GDPR is in effect, 75% of respondents say they accept the default cookie settings on the internet sites they visit at least half of the time.