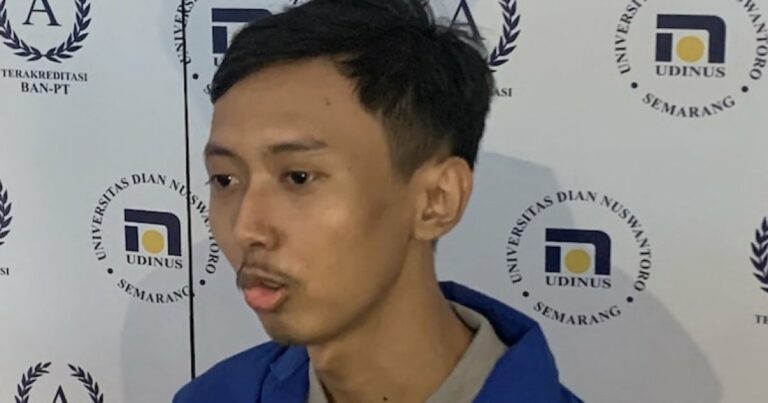 Sultan Gustaf Al Ghozali is an Indonesian computer science student at a university in Semarang. Ghozali took photos of his expressionless face while standing in front of the computer from 2017 to 2021 with the purpose of assembling the images into a timelapse video for his graduation day.

and in the future for this year hopefully I will graduate from college and be able to take my graduation photo, it will be a cool triphttps://t.co/sBdKmtzvXe

After learning about blockchain technology, he decided to submit his selfies to OpenSea under the title “Ghozali every day” in December 2021, and priced them at S$3 each, according to AFP.

Ghozali simply felt it would be “funny” if collectors bought a picture of his face, and he had no idea that his selfies would become so popular.

When a celebrity chef began purchasing his stoic pictures and promoting Ghozali on social media, demand for them skyrocketed. According to AFP, one selfie was sold for 0.247 ether (about US$806) on Jan. 14 for 0.247 ether (around US$806).

According to Lifestyle Asia, each selfie went for 0.9 ether (about US$3,000) at its peak before dropping somewhat. Ghozali’s collection eventually achieved a total transaction volume of 317 ether, which is worth over $1 million in US dollars.

Ghozali has earned a total of US$103,620 from secondary sales, according to Hypebeast.

Ghozali has subsequently become a viral sensation, with his tweets about his NFT sales receiving thousands of likes and retweets. He also makes frequent comments on the selfies that other Twitter users have taken.

every #NFT photo I take has a story behind

This photo was taken during the second corona vaccine https://t.co/pZfJKoKuc9

He also stated that in the coming years, he will not be posting any more selfies.

Collectors are free to do whatever they want with his images, but Ghozali advised them to “take care” of them and not “abuse my photos otherwise my parents will be very sad.”

I believe in you guys so please take care of my photos. pic.twitter.com/oyGGR2Aben

According to AFP, Ghozali hopes to one day create his own animation studio and is currently saving money to do so. Meanwhile, he’ll keep taking daily selfies until he graduates from college. Because he is “a decent Indonesian citizen,” he will also make his first tax payments.