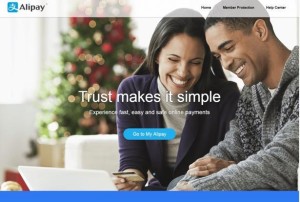 The round makes Ant Financial the second-most valuable private technology firm behind U.S. ride hailing app Uber, which is worth over $62 billion, and ahead of Chinese smartphone maker Xiaomi, which has a valuation of $45 billion.

“The capital raised in series B will allow us to invest in the infrastructure, such as cloud computing and risk control, that will underpin our long-term growth in rural and international markets,” Eric Jing, president of Ant Financial, said in the statement.
Ant Financial — set up in 2014 to consolidate Alibaba’s finance-related businesses into a single entity — includes online payments arm Alipay, which is estimated to hold 80% of the sector in China.
It also includes an investment platform and an online bank, which aims to support small businesses and entrepreneurs, a key theme for Alibaba founder Jack Ma.