GreedyGame has announced the appointment of Ankit Rawal as VP – Revenue. Ankit has had his success in various organisations and has previously held top positions. 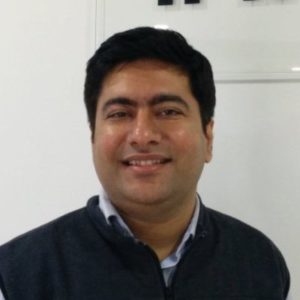 He was the Strategic Advisor to FourthLion Technologies and was the Country Manager at InMobi, India. He joined InMobi during their early funding days and spent 6.5 years thereafter. He played an integral role at the organisation and greatly helped in setting up InMobi Africa, India Agency Business and the Inside & Online Sales across Asia Pacific & Japan. Prior to entering the mobile advertising industry he’s worked with top companies such as Microsoft and Oracle.

At GreedyGame, Ankit will be helping in globalisation of the business. Commenting on his new role, Ankit says, “I was blown away by the kind of tech GreedyGame has built. Indians are increasingly getting addicted to mobile games be it games around cricket, Chotta Bheem, Teen Patti & now Pokemon Go. As brands do subtle placements in movies, GreedyGame is doing the same in games without intrusive pop-up ads, captivating the user’s attention in an engaging manner & still delivering on brand metrics. “

Delighted to have Ankit on board, Siddharth Gupta, CSO at GreedyGame said: “ Ankit joins us at a great time in our journey . We are at a stage where we’ve seen a phenomenal response from Indian advertisers and are now focusing on building stronger relationships with clients and operations in other emerging markets. With his experience across emerging markets such as SouthEast Asia, China, Middle East & Africa, we are really excited to have him on board to take us globally.”