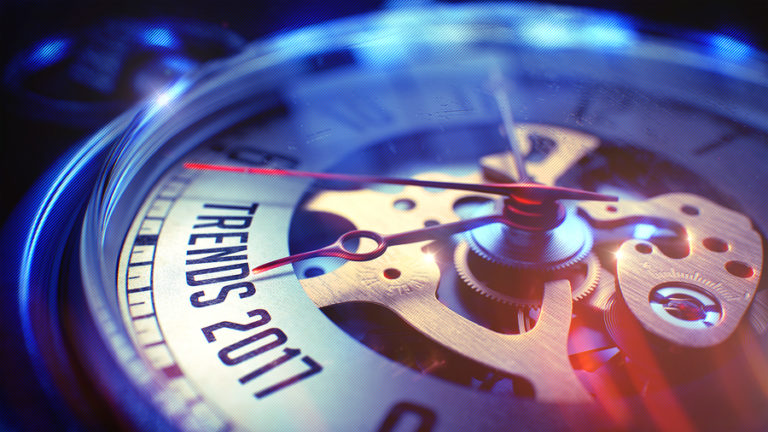 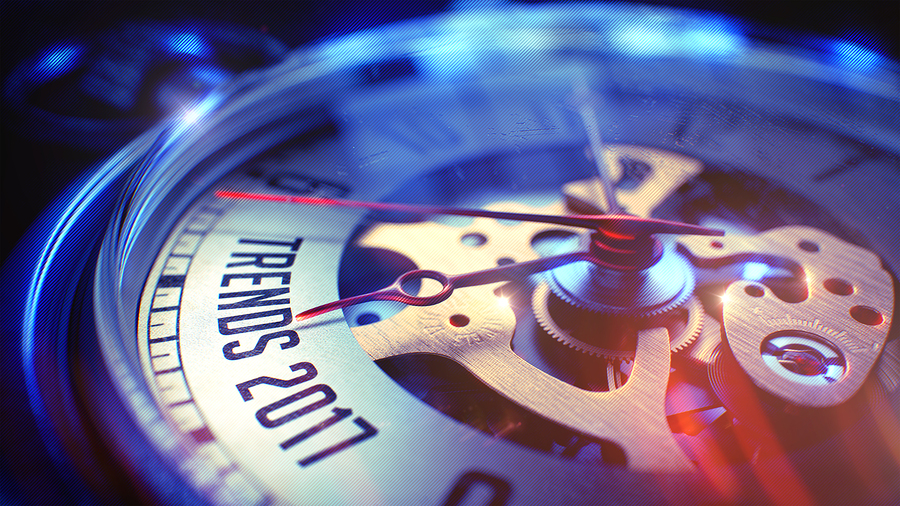 The drivers of change are complex and interwoven into the world of digital marketing.

The trends are not islands but together amplify and accelerate the way we market and grow our businesses. Mobile phones made social networks even more viral and powerful and their inbuilt cameras just added more content in what was already a noisy online world.

Faster and cheaper wi-fi and telecommunication networks made broadband an essential utility that is now demanded just like electricity. This development allowed video to move from the desktop to the mobile and everywhere.

Complexity and even faster change are the norm.

So what digital marketing trends are driving change and what can we do about it?

1. The growing concentration of revenue and power

There are many platforms, apps and tools that we all use to create, control and market our brands.

This year the total spend of $83 billion in digital advertising will be dominated by the two big players. And Google is projected to achieve 40.7% of US digital ad revenues this year (double Facebook’s share)

Google will continue to dominate search advertising with an estimated $28.55 billion of spend in 2017 and Facebook will dominate display with a projected $16.33 billion in 2017 while Google’s will be only $5.24 billion.3

The rest including Twitter, Yahoo and other players will pick up the crumbs.

This dominance of revenue will then allow the duopoly to snap up more social networks, startups and technology companies that fit into its growth strategies and continue to concentrate power.

This concentration of power is also creating other problems.

Trust is a big factor in who and what we believe. Marketing is no different.

The rise of fake news, alternate truth and the domination of the walled gardens of Facebook and Google who are reluctant to provide transparency on their data is also reducing trust in the data reporting.

The rise of social networks humanised the web.

Playing online was no longer just the domain of the geeks. It was nice and simple. You tweeted or published a Facebook post. You created content and built organic distribution by growing your followers on the social networks.

But it has become complex.

Despite the concentration of power there are still a lot of social networks to play with and new ones are still popping up. Mastodon.social is a grass roots bootstrapped alternative to Twitter that stuck its head up just 6 months ago. But has proven so popular that it been temporarily closed to new users until it builds out a more robust infrastructure.

The types of content and media you need to master has gone way past the simple analog formats of print, radio and television. Now we have Interactive infographics, GIF’s and augmented reality media just to name a few.

What does all this “more” mean?

The options within digital technology have also exploded and the number of technology tools just for marketing have been estimated at over 4,000.

But the only way to manage the rising complexity is with marketing automation. There are many options and just choosing is hard.

Marketing automation is still just in it’s early phases and this next trend is where it starts to get interesting.

3. The rise of artificial intelligence

The rise of “AI” is a term that frightens some people and excites others.

The scary part is often seen as people losing their jobs to machines or even taking over the world and replacing humans. The good piece that others are embracing is taking away the drone work that de-humanizes workers. Artificial intelligence is becoming a necessity to enhance and scale repetitive and boring human tasks.

The rise of the robots has been predicted since we watched HAL in “Space Odyssey 2001” in what was another world in 1968. In the decades since we have seen the emergence of the personal computer, the internet, social networks and the mobile smart phone.

The intersection of these technologies is changing entertainment, business and our lives.

Social and mobile are obsessive technologies that have made us all publishers. We are now all video creators, selfie photo producers and writers that share by the billions every hour.

Why we need “machines”

Artificial Intelligence Marketing can be distilled into 3 steps. Collect, reason and act.

The benefits of AI for marketers

According to a survey by Demand Base the top benefits that marketers see for using and applying artificial intelligence include increased insights, analysis and prospect identification.

How is it it being used?

Where is this artificial intelligence being used that maybe you don’t even notice?

And this is just scratching the surface. Econsultancy.com lists 15 other examples of artificial intelligence in marketing.

Expect to see more of these technologies and trends emerge in digital marketing automation tools and beyond.

Digital marketing has never been truly free. But social networks gave us a taste of that for a few short years. We all piled in and when Facebook reduced its free and organic reach in the newsfeed to single digits the crowd complained.

When most of us discovered digital marketing the only option to pay for attention was banner ads on websites. Yahoo was one of the big players then. That was about it. It was the 1990’s.

In early 2000’s the rise of Google led to a new digital advertising option. Search advertising.

This was a way to make money that offered rivers of gold as it was cheap to advertise online. But then Google changed the rules and increased the rates. Does that sound familiar to the big “F”?

The concentration of revenue and the ownership of platforms means that advertising options maybe complex but still concentrated. Up starts like Snapchat are trying to muscle in after going public. But it has some major challenges to make any sizeable dent on the two giant incumbents of Facebook and Google.

This graphic from eMarketer shows the challenge it faces.

Today the rules of the game means that you need to either have the skills within your company or find a good partner.

Related Read: The Success Habit That You Should Not Ignore

One of the first social networks to offer this was Google+. Google Hangouts was a great part of the platform.

But Meerkat was maybe the first live streaming video app that captured our consciousness. Then it was Periscope and then Blab. Only one of those survives and that is because it has a rich uncle called “Twitter”.

But when Facebook “Live” was launched in 2015 to a limited audience of celebrities the game changed.

But why use live streaming?

But “Live” video is great except when you have people sharing video streams of consciousness that are not worth watching. More content doesn’t mean better quality. My Facebook news feed is full of it.

6. The rise and rise of algorithms

Google’s algorithms were the first taste of the machines controlling what content you saw in search results. Then when Facebook reduced organic reach the intrusion of algorithms that filtered what we saw in Newsfeeds.

But today we are also seeing the application of algorithms and filtering to the email inbox. Marketing emails are often going to the promotions tab in your Gmail account.

Digital marketers will need to keep on top of this to ensure they are optimising content that rises above the search engine, social network and email filters.

The battle of beating the algorithms will continue.

As the noise increases online and reaching your target customer gets harder because of content clutter the influencer and thought leaders who have built reach globally are the new niche gatekeepers.

Brands are now paying to reach their admirers and devotees.

But there is a bigger challenge

The rise of an Internet of apps (not websites).

Most of us are used to a digital world where you created content on your own website and then drove traffic and converted them into readers or customers. The Internet of apps is a huge fundamental shift that you can’t ignore.

According to the New York Times the transition from an Internet of websites to an Internet of mobile apps and social platforms, and Facebook, in particular, is no longer coming. It is here.

It is a systemic change that is leaving many publishers (and businesses) unsure of how they will make money from their online assets.

Scott Rosenberg, a co-founder of Salon sums up my fear in this one sentence.

“With each turn of the screw, people began to realize, viscerally, that this is what it feels like to not be in control of your destiny,”

One of the most exciting things about social media, when I discovered it in 2008, was that it was the democratization of publishing and marketing. I no longer needed to pay media moguls or the gatekeepers. That was empowering.

But the internet of apps is happening.

Buzzfeed was receiving 504 million visitors a month and in 2016 it had dropped to 471 million. But what has happened is that it has moved its content strategy to other sites. Where it receives over 7 billion visits and views.

This emergence of the internet of apps and platforms has some big implications and challenges for marketers.

Their strategy is now one of “Creating” (people making stuff), publishing to their websites, uploaded to apps and distributed on multiple social channels. Then they keep measuring and iterating from the big data.

So is Mark Zuckerberg becoming the new gatekeeper?

What should you do?

Here are the top things you need to do to master marketing in a world of constant change.

So…….strap yourself in and keep creating, evolving, pivoting and reinventing. There is no other option.

(Disclaimer: This post was originally published in LinkedIn by the mentioned author and has been reproduced with permission. Techstory is not responsible or liable for any content in this article.)

He also finds time to be an author and keynote speaker. His mission. “To inspire and educate people to win at business and life in a digital world”

Also Read: This One Trait is the Secret to Success