American video-game holding firm Activision Blizzard finds itself in somewhat of a soup, as its employees are planning to stage a walkout on July 28th, thanks to the abysmal way in which the company handled the sexual harassment allegations thrown its way by the State of California. 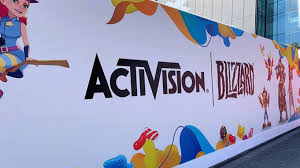 The firm’s staff have planned to meet up outside Blizzard’s Irvine-based main campus at 10AM PST to stage the walkout, since they hold that their “values as employees” are not being upheld by the video gaming giant in the correct light, “in the words and actions of” the company’s leadership.

The gaming studio was sued by the State of California’s Department  of Fair Employment and Housing (DFEH) upon grounds of constantly subjecting its female staff to several forms of sexual harassment, including inappropriate remarks and unwanted physical touch, and “gender-based discrimination,” and holds the top executives accountable. In fact, the suit also claims that these same execs, in fact, encouraged such behaviour, citing the example of a male supervisor.

Matters are allegedly so grave that one female employee even committed suicide after her nude images were passed around the office. Numerous other employees have taken to social media platforms like Twitter to provide accounts of, and corroborate the claims of, sexual harassment at the workplace. Eventually, former Blizzard president Mike Morhaime apologized to his staff, saying, “I am extremely sorry I failed you.”

However, the firm itself has taken to denying these allegations, by claiming that the suit, in reality, was an example of “irresponsible behaviour” coming from state bureaucrats who are unaccountable. This has met with severe backlash from the employees, 2600 of whom have apparently signed a letter slamming the same.

Under the plan for the walkout, the staff have put forward four main demands:

Even employees at Activision Blizzard can’t join the employees who are set to stage walkout in person are being urged to join in virtually, by using the hashtag#ActiBlizzWalkout.