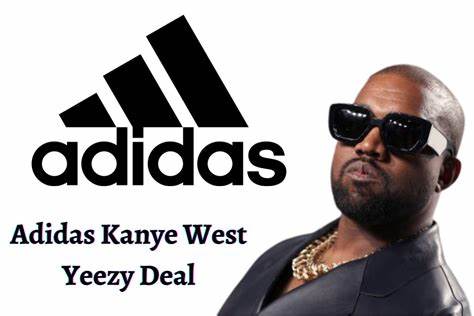 According to the latest reports coming from the advertisement sector, multinational sporting goods corporation, Adidas AG has decided to review the company’s business partnership with renowned fashion designer and rapper, Kanye West.

Kanye West who recently changed his name to Ye is known worldwide for his hip-hop songs and is considered one of the greatest hip-hop musicians of all time. Both Adidas and Kanye West began their cooperation in 2013 after a collaboration contract with Nike came to an end. Over the years, the relationship between the sporting goods maker and Kanye West grew big which eventually resulted in Adidas extending its partnership with Kanye Wet in 2016.

The latest move from Adidas came after Kanye West wore a t-shirt with the writing “White Lives Matter” during the Paris Fashion Week.

Adidas AG said that the company tried to resolve the matter with Kanye West privately, but was unable to do also successfully. Therefore, the company decided to put the partnership with Kanye under review. During the period of review, both parties would continue to cooperate to manger the partnership product.  In February 2015 both Adidas and Kanye West, came up with a new fashion collaboration named Adidas Yeezy which is known for its high-end limited edition colorways and sneakers line-up.

“Adidas has always been about creativity, innovation, and supporting athletes and artists to achieve their vision. The Adidas Yeezy partnership is one of the most successful collaborations in our industry’s history,” Adidas said.

Kanye West also criticized the sporting goods maker that the company was trying to steal his fashion ideas. Following the decision to put his partnership under review, various news media reported that Kanye Wet posted derogatory comments on Instagram about Adidas AG. The Instagram posts are assumed to be deleted later as those are not available now on Kanye’s page.

This is not the first time Kanye West has damaged his relationship with sponsors and collaborators. Last month, Kanye terminated his partnership contract with American retailer Gap Inc as he alleged the speciality retailing company of not allowing him to open Yeezy stores. Kanye also alleged the company was not selling his products as planned earlier. Lawyers representing the musician had at that time said that he was left with no choice but to terminate the collaboration with Gap Inc.