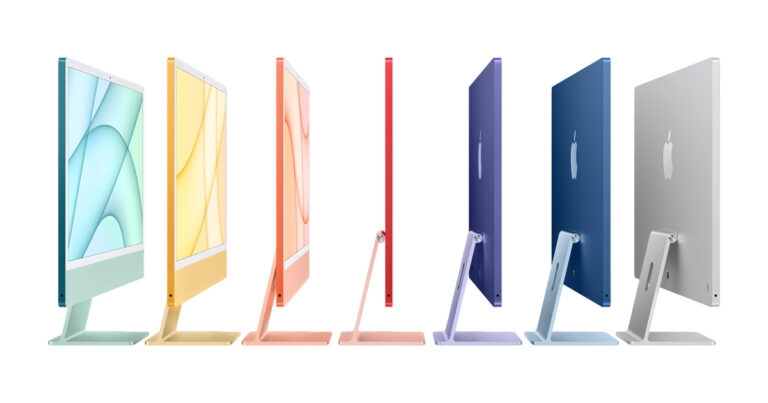 The next-generation iMac, which is presently under development, might be dubbed the iMac Pro. According to Mac Rumors, the gadget will use the same M1 Pro and M1 Max CPUs that Apple released with the MacBook Pro models, as well as “an additional configuration.”

Apple is rumored to be adopting the Pro designation to distinguish the next iMac from the 24-inch iMac introduced earlier this year. Because it will feature the M1 Pro and Max CPUs, Apple deems it a Pro device and refers to it internally as the iMac Pro.

The iMac Pro, unlike the 24-inch iMac, will feature black bezels, and the bezel size may be lowered. In terms of style, it may resemble the 24-inch iMac and the Pro Display XDR, and Apple has allegedly attempted Face ID for the computer, though this is not a confirmed feature.

The entry-level iMac will have 16GB of RAM and 512GB of storage, and all versions will have an HDMI port, an SD card slot, and many USB-C/Thunderbolt connections, just like the MacBook Pro. According to reports, Apple will also include an Ethernet connection on the power adaptor.

So according to sources, the iMac will be delivered in the first half of 2022, with a starting price of $2,000 or more (about Rs. 1.5 lakh). The new iMac Pro will replace the current Intel-based 27-inch iMac models.

Although we haven’t heard anything about Apple’s bigger iMac, insiders have revealed that one is in the works. Apple apparently suspended development on the larger iMac in order to focus on the 24-inch device, but now that the 24-inch iMac is out, development may restart.

Rumor has claimed that Apple is developing a new 27-inch iMac featuring a mini-LED panel and ProMotion display technology.