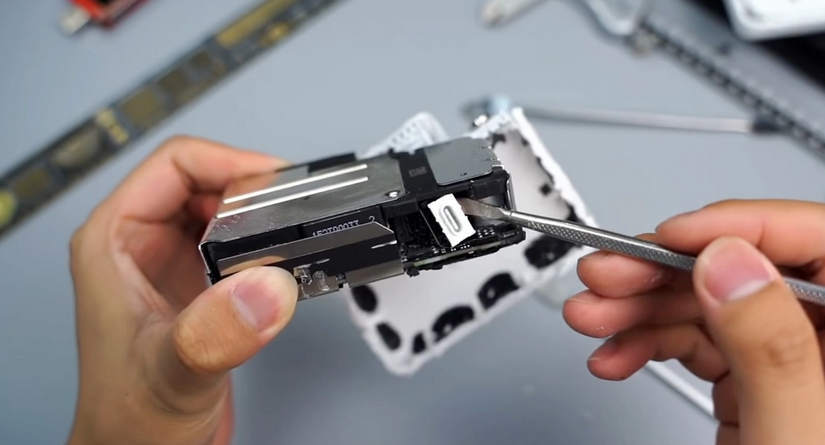 When Apple revealed the new MacBook Pro, the company also unveiled a new 140W USB-C charger, which comes standard with the 16-inch models. Apple’s 140W charger seems to be any other regular charger, yet it is the company’s first to employ gallium nitride (GaN). The new 16-inch MacBook Pro charger has been disassembled.

ChargerLAB, a YouTube channel, has produced a video that shows the whole disassembly process of Apple’s 140W USB-C charger.

This charger is distinguished by the use of cutting-edge technology such as the USB-C PD 3.1 standard, which can deliver up to 240W of power. This is also the first GaN-based power adapter from Apple.

Gallium nitride, or GaN, is a heat-resistant substance used in semiconductors. As a result, the components may be brought closer together, and the charger can be made smaller without sacrificing safety.

The new USB-C to MagSafe 3 cable is necessary to reach the maximum 140W of power while charging the MacBook, as there are no conventional USB-C cables compatible with the new standard on the market currently.

Moving on to disassembly, ChargerLAB reveals that disassembling Apple’s charger is not trivial. They had to break through the strong plastic shell to get to the power adapter’s internal components, which apparently caused permanent damage to it.

When the charger is disassembled, we can tell that it has a quite solid construction within. The plastic casing is quite thick, and the core module is held in place with black adhesive.

There are also several thermal adhesives and graphite thermal pads on top of the chips for heat dissipation and protection, as shown in the video.

ChargerLAB’s video takes an in-depth look at what each component accomplishes – including the new GaN chips – for those interested in learning every detail about Apple’s charger components. The whole video is available below: