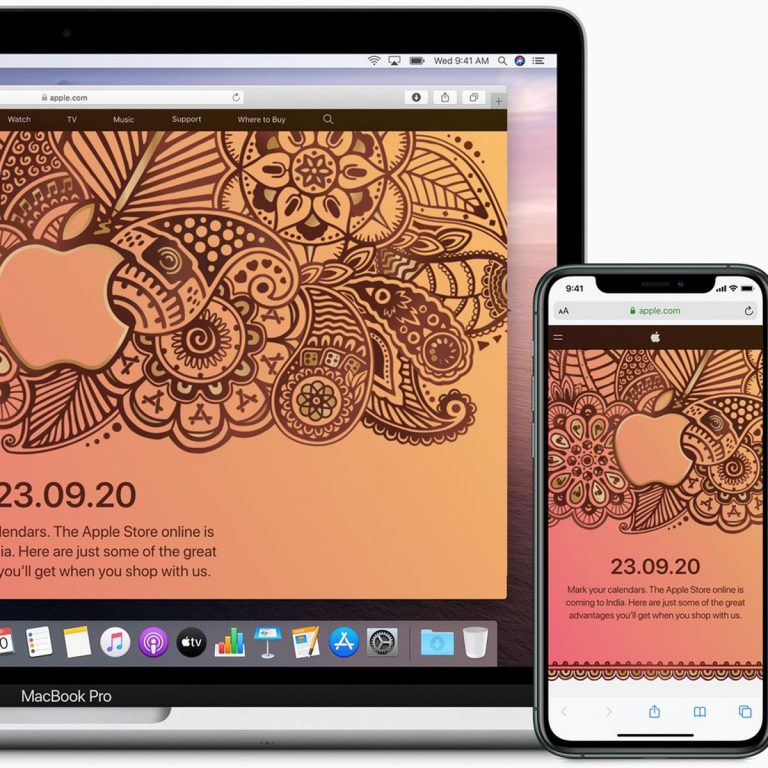 The Indian government has been hard on the foreign tech company, Apple over policies and rules. Last year, some rules were eased for Apple’s business in the country, keeping in mind the growth of the economy and the benefits it could provide to the Indian citizens.

Apple is ready to open its first online store in India on September 23rd 2020 which is great news for Apple customers. The store will offer all of Apple’s services, range of products and direct customer support to the Indian customers. Not just this, Apple’s financing schemes and trade-in programs that are functional in the US and other countries would now be available in India for the very first time. As of today, Apple sells its products to Indian customers through third-party dealers and stores which limits the company’s business in the Indian market.

Apple owns a manufacturing plant in Karnataka which was inaugurated back in 2017. Since then, establishing a retail presence in the country has been a task for the company considering the competition’s reach. Samsung is this competition and it has been deepening its roots in the Indian market for a long time now.

However, the reason why Apple was playing a secondary player in retail presence was India’s rule that required foreign companies to manufacture at least 30% of its products locally.

Apple CEO, Tim Cook confirmed at an annual shareholder meet in February this year that it is planning to increase its online sales in the Indian market as the rules on local production were eased by the government. He also mentions to open a physical Apple Store in the year 2021, first at Mumbai followed by Bangalore, reports suggest.

The COVID-19 Pandemic has taken a toll on business, so just like in other regions of the world, Apple will first enforce contact-less deliveries in India as a precautionary measure.

As of today, Samsung is the king of the Indian smartphone market with Android dominating the software sector. iPhones are popular devices amongst Indians but Apple aims to target more potential customers by establishing a strong retail presence in the country.