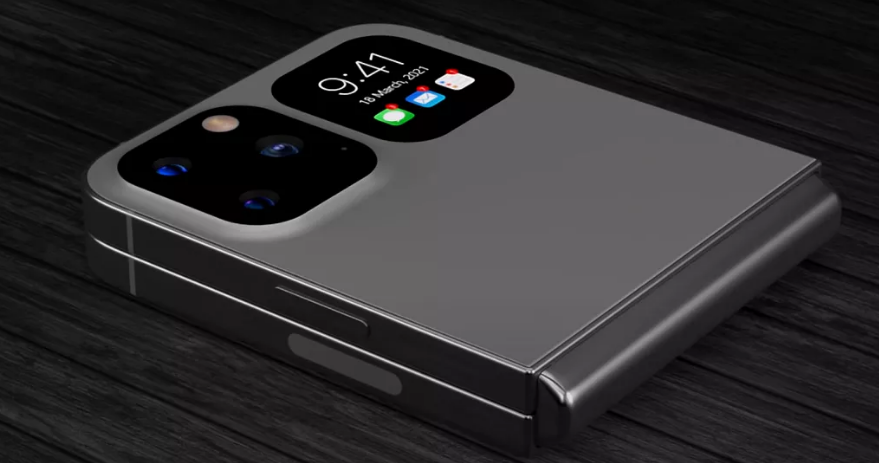 Samsung has an edge over Apple when it comes to the launching of foldable smartphones. The South Korean manufacturer has already released the third generation of foldable devices, whereas Apple has neither. However, this does not rule out the possibility that Apple is working on a similar gadget.

When to expect newly foldable by Apple?

And it appears that the foldable iPhone won’t be a topic of conversation until 2023. Apple is expected to release an iPhone with a foldable screen this year, according to business insider. Currently, deep within Apple, there are two prototypes being developed that effectively duplicate the Galaxy Z Fold and Galaxy Z Flip’s concepts.

LG was able to gain knowledge and competence in flexible matrix production as a result of the flexible panel. There is a 7.5-inch screen prototype with small bezels on the outside now. Apple’s innovation might be the first to use a new sort of OLED display.

Remarkably, previous well-respected industry analyst Ming-Chi Kuo also claimed that folding iPhone will come in 2023, but referenced to Samsung Panel as its supplier for the 8-inch OLED display. He was right. Shipping of iPhones with flexible displays should reach 15-20 million devices by 2023, he predicts.

Apple will struggle to catch up to Samsung in the foldable market at first. Samsung’s market dominance will remain over 75% even after the release of the foldable iPhone. Total foldable phone sales in 2023 and 2025 might reach 90 million units each.

Leading smartphone manufacturers plan to introduce a new line of handsets with flexible displays in the second half of this year. According to DigiTimes, who received their information from reliable industry sources, this is the case.

Samsung Electronics, the South Korean tech behemoth, is expected to unveil at least two foldable cellphones in the coming quarter. We’re referring to the Galaxy Fold and Galaxy Z Flip family of smartphones.

Xiaomi, Oppo, and Vivo are all Chinese businesses that aim to debut flexible smartphones in the third quarter of this year. Xiaomi released the Mi Mix Fold with a foldable screen earlier this year; it costs about 1,300 euros. The company’s next smartphone will supposedly be less expensive, but no specifics are offered.

Oppo may introduce a gadget with a swiveling display in the future. A tiny tablet computer may be created by stretching this gadget. It’s also worth noting that there will be an increase in the desire for cellphones that can bend. Analysts predict that global exports of these gadgets would reach over 10 million units next year.