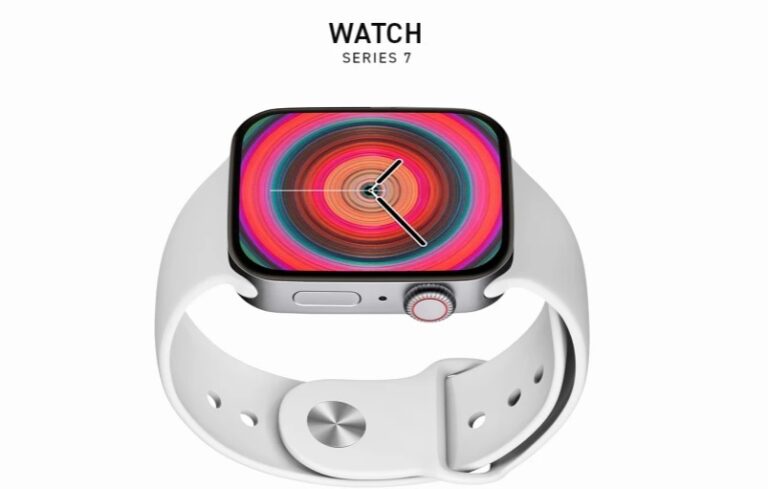 According to earlier rumors, Apple is planning to debut the Apple Watch Series 7 with the iPhone 13 series on September 14, the expected launch date. However, according to a recent source, owing to the expected redesigned design and bigger display, the Cupertino behemoth is experiencing manufacturing problems for its forthcoming smart wristwatch.

Bloomberg’s Mark Gurman recently released an in-depth study on Apple’s future devices, according to the report. According to Gurman’s thorough assessment, Apple may not ship the Apple Watch Series 7 with the iPhone 13 due to severe production difficulties with the gadget.

For those who are unaware, instead of focusing on health features this year, Apple is rumored to be re-designing its smartwatch series and making them larger than their predecessors. Thanks to leaked renderings from respected Apple tipster Jon Prosser, we’ve already had a taste of what the next Apple Watch Series 7 may look like.

As a result, according to the renderings, the next Apple Watch models would have flat sides, similar to the boxy form of contemporary iPhones. Furthermore, Apple is expected to release the gadget in two new sizes: 41mm and 45mm, which are larger than prior Apple Watch models.

Apple is now experiencing manufacturing problems as a result of these new design modifications, according to Gurman. So, according to the article, the business can now do one of three things.

Apple may postpone the release of the Apple Watch Series 7 until the production difficulties are resolved. If not, Apple can deliver the watch alongside the iPhone 13 series on the schedule, but only in limited quantities. Apple may also unveil the Apple Watch 7 but only begin delivering it at a later date.

The Apple Watch Series 7 is expected to be unveiled on September 14th. To deal with the production problems, the firm may employ a combination of shipping-in-small-quantities and delayed-shipping strategies.

Bigger size and cellular connectivity increased the price of Apple’s last three Watch models. When it launched for $279 instead of $399, Apple Watch SE broke with precedent. As Apple’s “cheap” smartwatch, the SE model lost a few features to save money.)

In the absence of any reliable reports concerning the Apple Watch 7’s pricing, it seems likely that the next-generation device will be priced at about $399. Uncertainty exists, though, as we don’t see any big hardware improvements or new features on the horizon that would justify a price increase.