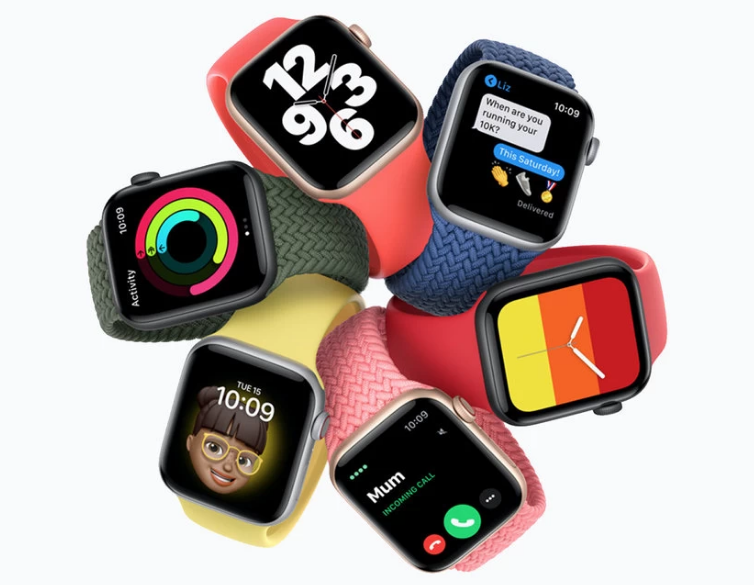 While the Apple Watch 6 was a significant improvement, the wristwatch didn’t provide any new outstanding features. This year, though, the tale will be different. The next Apple Watch Series 7 is expected to be a big advance in terms of appearance and performance.

So, if you haven’t had a chance to go through all of the leaks and speculations, keep reading to learn about the Apple Watch Series 7 release date, pricing speculations, new features, exciting leaks, and everything you should know. 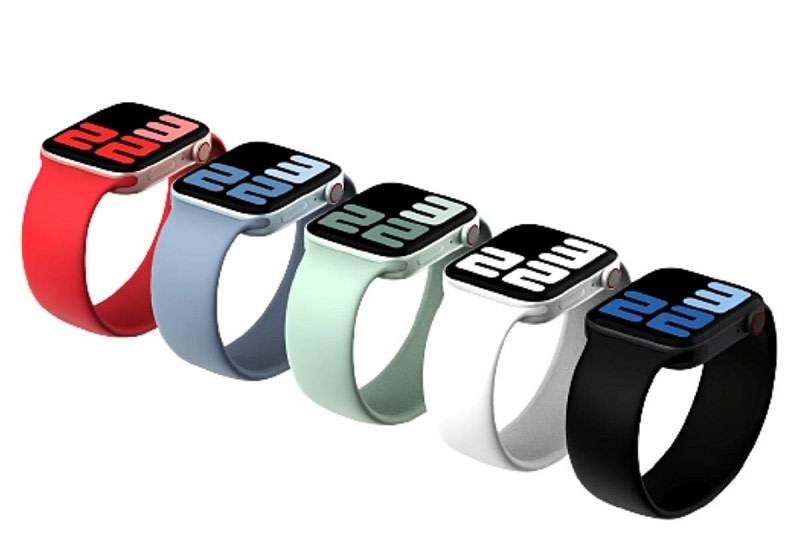 According to speculations, Apple is preparing to release some of the long-awaited Apple Watch features later this year. 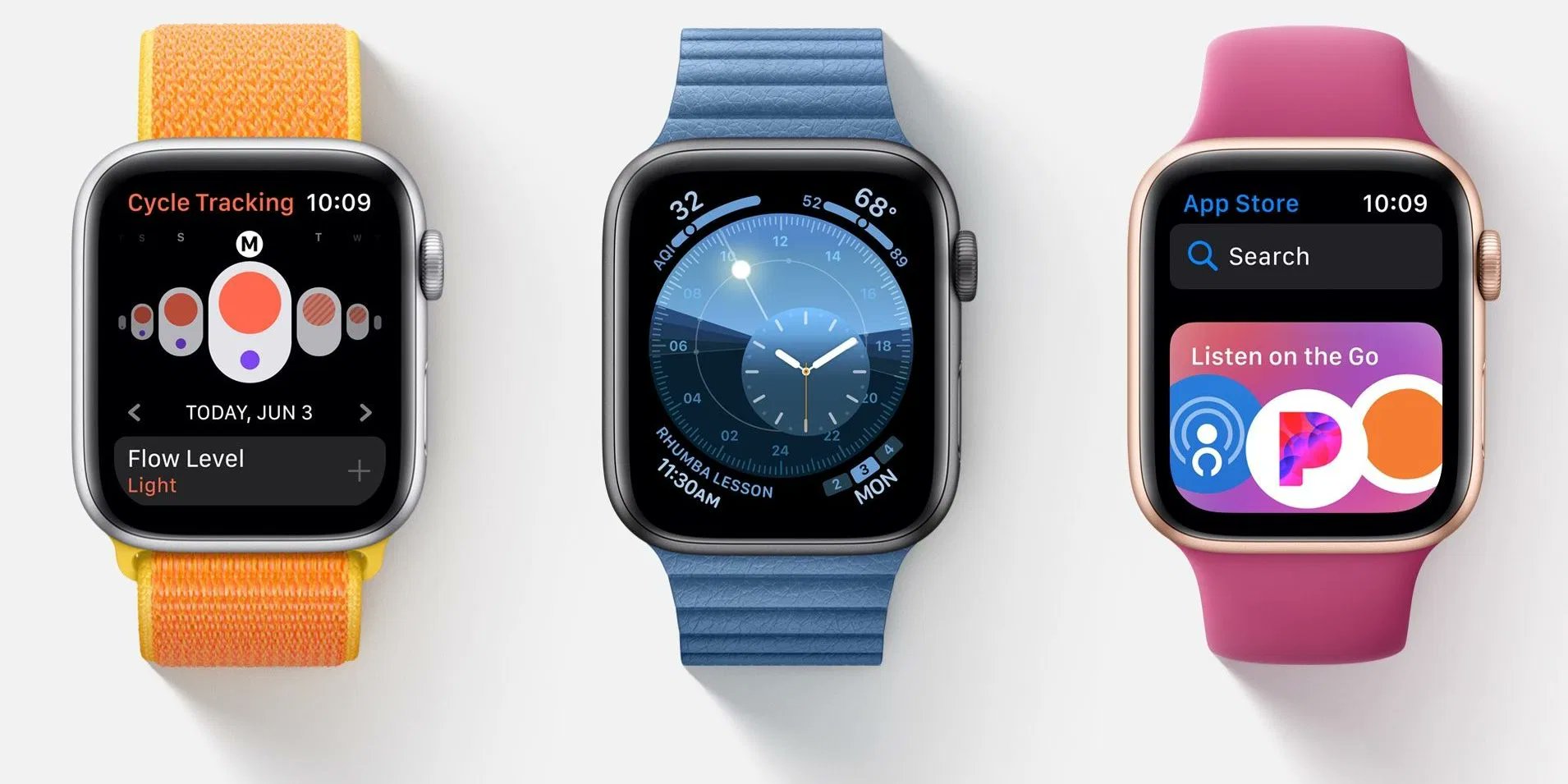 Will all of these alleged features, however, become a reality? Will the Apple Watch 7 include a mini-LED display similar to the iPad Pro 2021? Only a deep dig will allow you to find the correct answers. 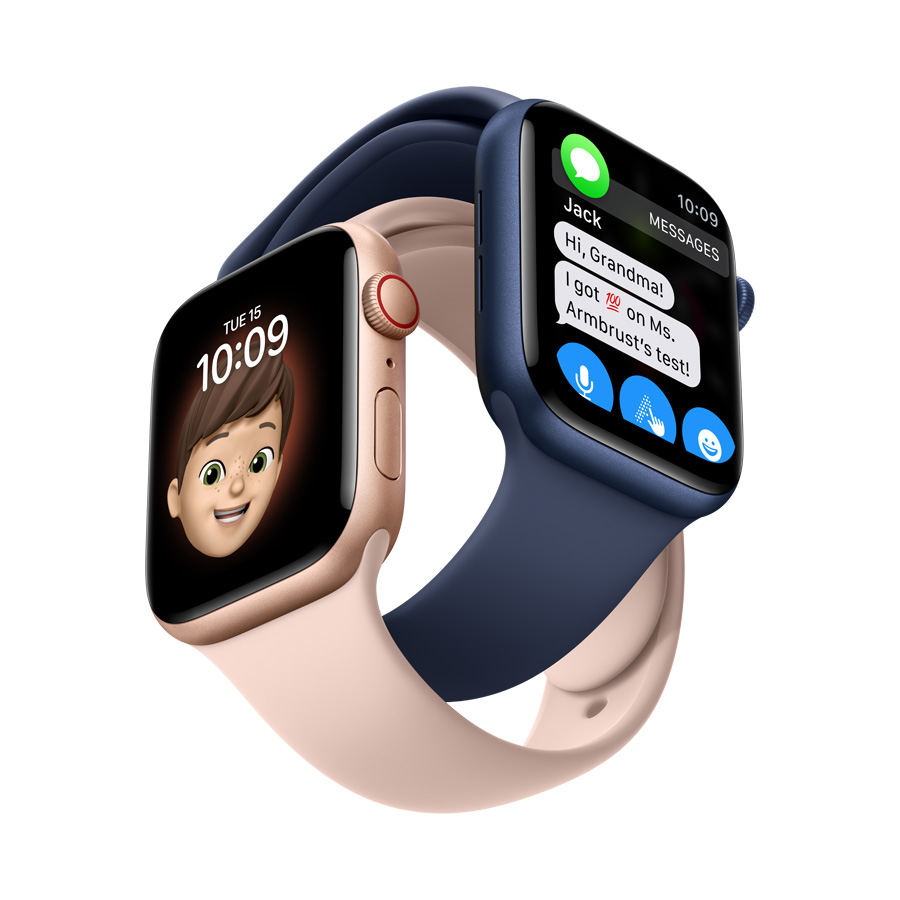 Last year, Apple made the tough choice to separate the Apple Watch and iPhone 12 announcement ceremonies.

While the former was released on time in mid-September, the iPhone 12 series was not until October.

The conditions in 2020 were vastly different from those in 2021, and we anticipate that the business will resume its typical mid-September hardware launch calendar.

If Apple follows history, the all-new Apple Watch Series 7 will be unveiled with the next iPhone 13 series during the much-anticipated September hardware presentation.

Apple Watch 7, like its predecessor, will be available for purchase in a number of countries across the world.

For the previous few years, Apple has maintained the price of the Apple Watch same. And I don’t see any compelling reason why the Cupertino behemoth won’t maintain the same pricing this year as well.

Despite the lack of pricing leaks, the Apple Watch Series 7 is expected to start at $399 for the entry-level Wi-Fi variant.

In the United States, the top-tier model with Wi-Fi and cellular capability would set you back more over $500.

A completely new design with flat edges has been created.

After several years, Apple Watch is finally getting a fresh look. The Cupertino Company last released a big design update with the Apple Watch Series 4 in 2018.

Since then, subsequent versions have kept on the same design with small tweaks here and there. That is set to change with the release of the Apple Watch 7.

Taken note from Apple analyst Ming-Chi Kuo said in 2019 that the Apple Watch will be redesigned in 2021. 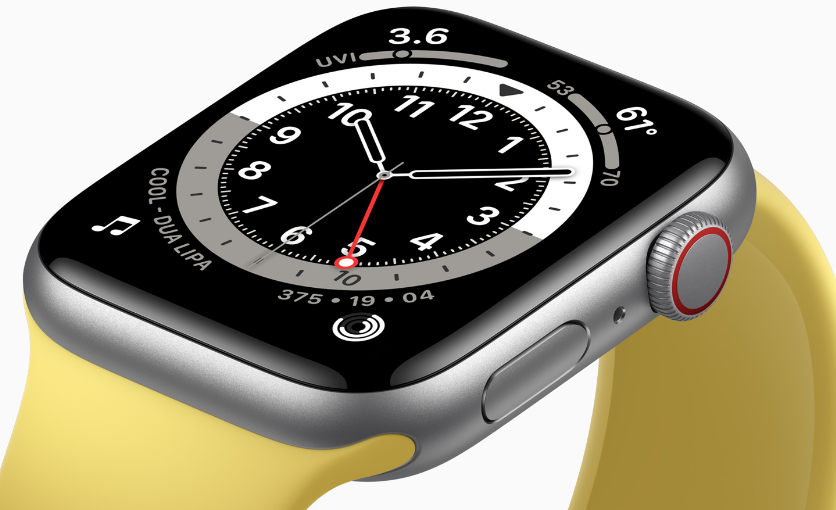 And now, another trusted tipper, Jon Prosser, has disclosed further facts regarding the impending smartwatch’s design.

The tipster has shared renderings of the Apple Watch Series 7 that appear to be real.

The new Apple Watch Series 7 has considerably flatter edges, which not only give the Apple Watch a more contemporary appearance, but also make it seem like the iPhone 12 series, iPad Pro, and M1-backed iMac.

Though the display size is expected to remain same, sources indicate that Apple will provide a new green colour choice.

Is it better to have a microLED display or not? 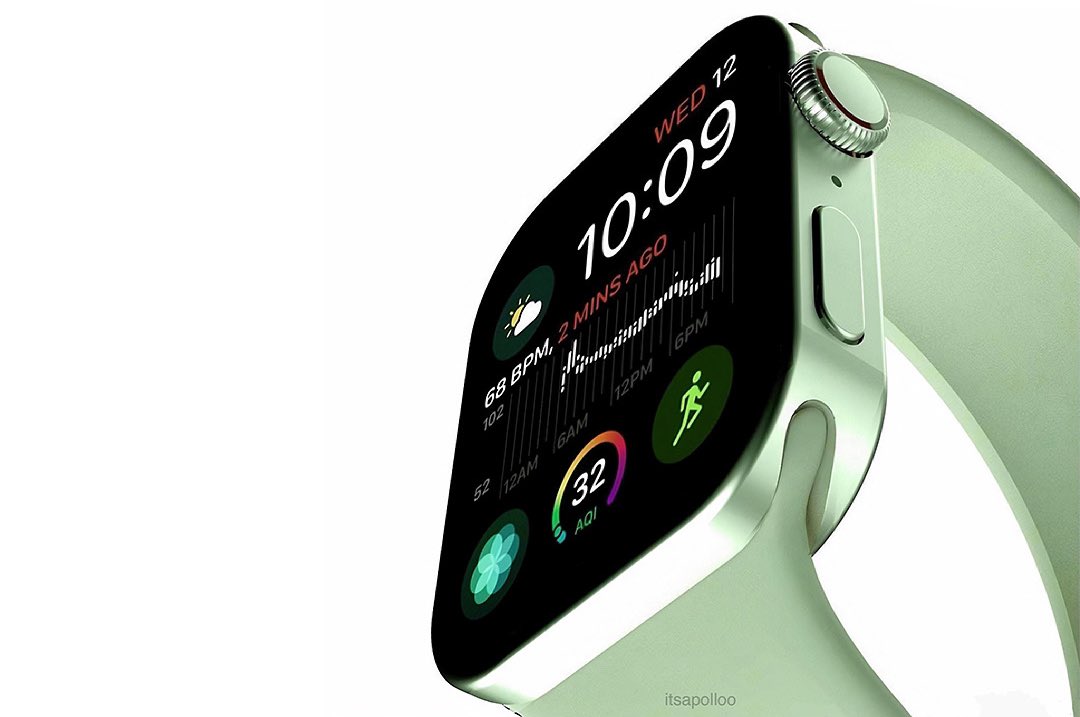 Will Apple Watch Series have a microLED display

However, according to rumours, that will not happen until next year or in 2023. This suggests that, like its predecessor, the Apple Watch 7 will have an OLED display.

Apple is said to have invested $330 million in Epistar (Taiwan’s leading LED manufacturer) to build MicroLED screens. MicroLED panels are slimmer and more energy-efficient than OLED and LCD displays.

In terms of power consumption, the MicroLED display utilises one-tenth of the power needed by an LCD, and in terms of colour saturation, it is comparable to the OLED display.

That isn’t everything. MicroLED has a larger dynamic range, a considerably quicker refresh rate, superior brightness, and a larger colour spectrum. That is why it is one of the most anticipated Apple Watch features. 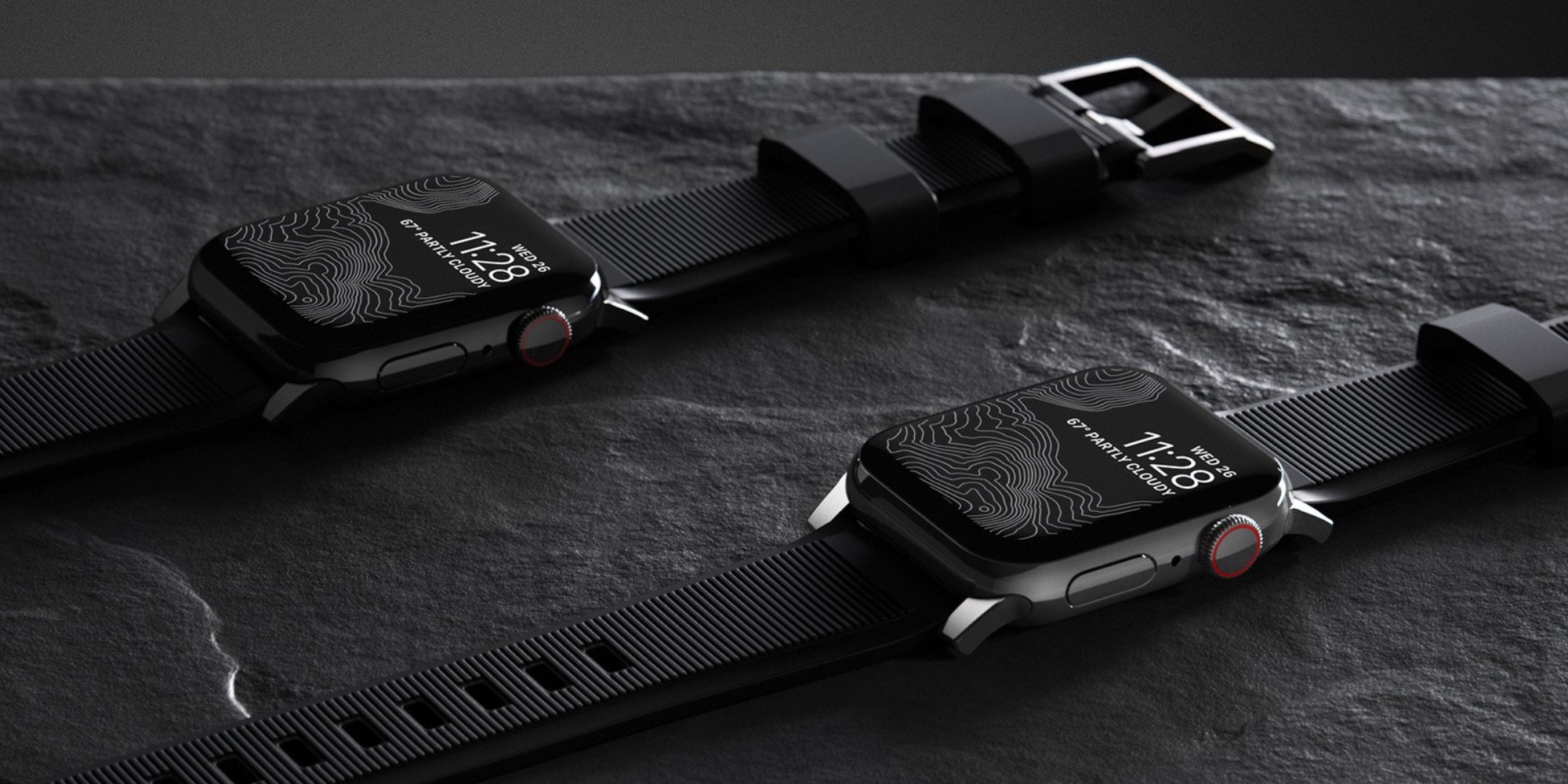 Along with the Apple Watch Series 7, Apple intends to release a more durable and shock-resistant wristwatch.

According to Bloomberg’s Mark Gurman, this variation is known internally as the Apple Watch “Explorer Edition” and will target explorers and extreme sports athletes (a reliable source for Apple-related matters).

According to the article, “the device would have the same functionality as a basic Apple Watch but with additional impact-resistance and protection in the style of Casio’s G-Shock watches.”

According to Gurman, the robust Apple Watch will be equivalent to Casio’s G-Shock watches in terms of shock and impact resistance.

Apple had released a Sport variant of the first Apple Watch.

However, because to tepid sales, the Cupertino behemoth later abandoned this variant. It will be fascinating to watch what happens to the Apple Watch Explorer Edition.

Monitoring Of Blood Glucose And Alcohol 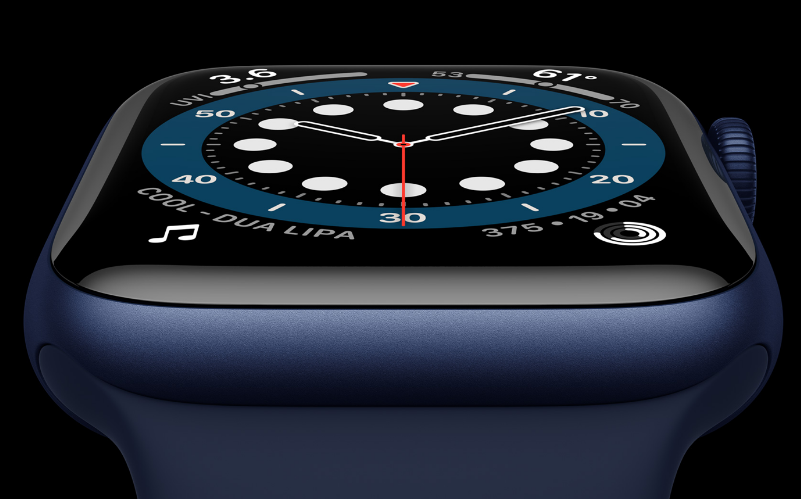 Another significant feature of the Apple Watch Series 7 might be blood glucose monitoring technology, which is used to manage illnesses such as diabetes.

According to ETNews, the forthcoming Apple Watch will have non-invasive blood glucose monitoring using an optical sensor.

For those who are unfamiliar, assessing blood glucose levels (also known as blood sugar levels) is critical for controlling illnesses like diabetes.

It is worth noting that monitoring blood glucose often necessitates the use of an implanted continuous glucose monitor (CGM) or the examination of a drop of blood in a blood sugar metre.

Apple’s alleged blood glucose optical sensor, on the other hand, is supposed to be a skin-top continuous monitoring device that does not require an implant.

According to reports, the Cupertino Company has already gained patents for blood glucose monitoring and is presently working to improve the technology’s dependability and stability.

Furthermore, Rockley Photonics, a UK-based business, reported that Apple is one of its major clients in an SEC filing.

While there are no specifics on the sensors sent to the Cupertino behemoth, the startup’s technology enables non-invasive monitoring of blood glucose levels, body temperature, alcohol, and other parameters.

All we can do for the time being is wait and see if these capabilities will be included in the Apple Watch Series 7 or not.

However, one thing is certain: the new Apple Watch will include the current watchOS 8 software upgrade.

So, if you’re interested in learning more about the specifics of watchOS 8, head over to our in-depth post on the subject.

Touch ID Support On The Apple Watch Series 7: What To Expect

Apple just got a patent for a Touch ID button for the Apple Watch (via Patently Apple).

According to the article, the Apple Watch may employ biometric authentication for a variety of functions such as app authorization, device unlocking, payments, and more.

We understand that this is wishful thinking, but a Touch ID sensor on the Apple Watch 7 may be a significant step forward in terms of security. 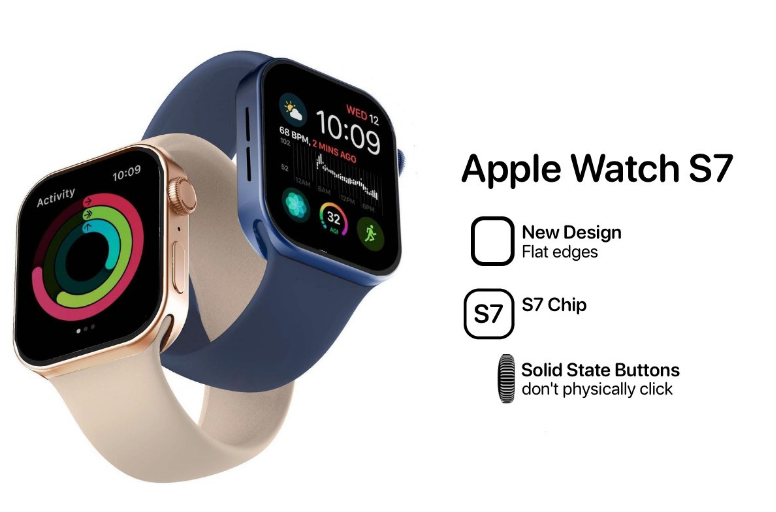 Apple releases a new CPU for the Apple Watch every year.

According to this trend, the Apple Watch Series 7 will include a strong S7 processor, which will boost the smartwatch’s speed and efficiency.

Those wondering whether Apple would boost the RAM or storage capacity on the forthcoming Apple Watch will have to wait.

Right now, there is no clarification on the subject. Given that the Cupertino Company increases storage and RAM capacity every 2 to 3 years, I expect this year’s Apple Watch will have additional RAM and storage capacity.

There is no no information available on the battery life of the Apple Watch Series 7. As a result, we’ll have to rely on conjecture as well.

Given the fierce competition, the Cupertino behemoth will not want its renowned wristwatch to fall behind.

As a result, it is reasonable to anticipate that the forthcoming Apple Watch will have enhanced battery life.

Aside from that, we’ve collected a long wishlist of watchOS 8 features and hardware advancements that we’d want to see in the next Apple Watch.

Keeping Up With Apple Watch Series 7 Leaks And Rumors 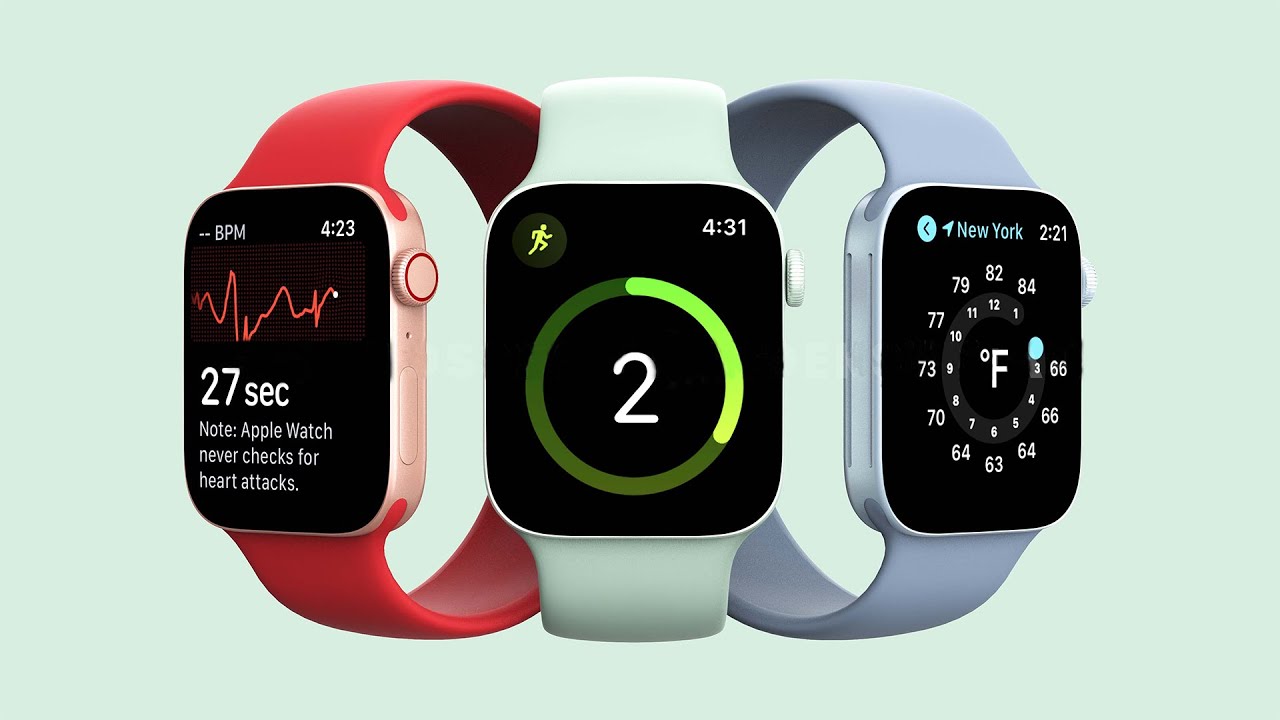 Keeping Up With Apple Watch Series 7 Leaks And Rumors

That concludes our discussion of the Apple Watch 7 features, specifications, and leaks that have been making the rounds on the Internet.

If all of the anticipated features are true, the new Apple Watch will be one of the most significant changes in a long time.

As the smartwatch’s release date remains unknown, more interesting leaks and speculations are expected in the following weeks.

We will keep updating this site with the most recent facts to help you keep track of all the speculations. So save this page and come back later for additional information.