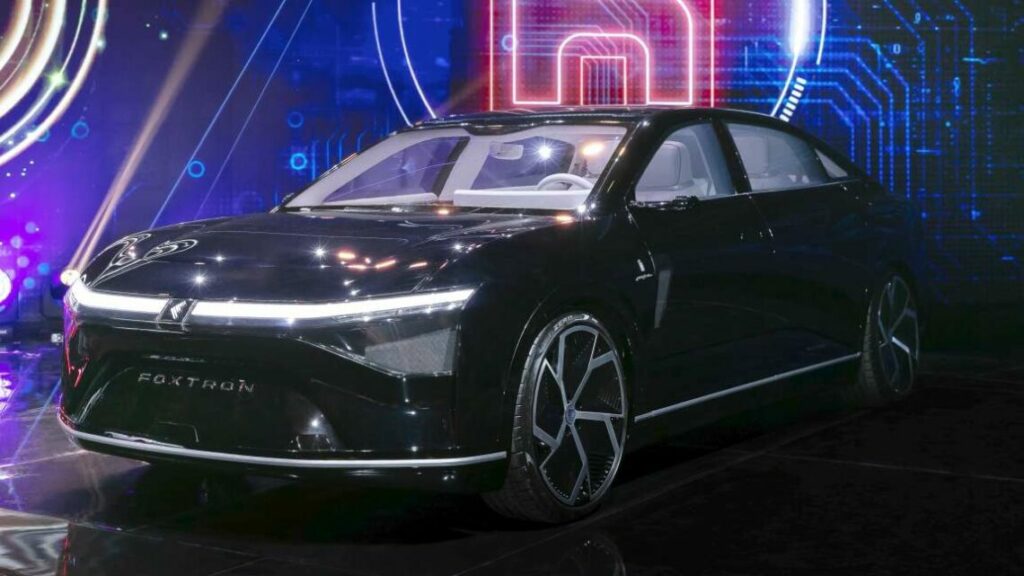 According to a Nikkei report and a YouTube video, Foxconn revealed three electric vehicle prototypes at its HHTD21 event, including two sedans and an electric bus.

When it comes to electric vehicles, the corporation claims it is “no longer the new kid in town,” with plans to build a business worth up to $NT 1 trillion, or about $36 billion per year.

In partnership with Taiwan’s Yulon Motor, Foxconn produced the EV prototypes under the Foxtron name. For the local market, the latter has its own brand (Luxgen) and produces Nissan and Mitsubishi vehicles. A luxury sedan, SUV, and transit bus, dubbed the Model E, Model C, and Model T, are among the prototypes.

The cars are built on Foxconn’s MIH Consortium open software and hardware platform. They’re essentially designed as kits that EV manufacturers may mass make according to their own specifications.

The Model T bus might be on the road as soon as next year (preferably under a new name), with a range of 400 kilometers and a top speed of 120 kilometers per hour (75 MPH). According to Taiwan News, it also contains technologies such as pedestrian warnings, smart temperature management, and excellent crashworthiness.

Foxtron’s Model C is an electric SUV with great efficiency and quick 0-to-62 MPH speeds of 3.8 seconds that will be ready in Taiwan by 2023. According to Foxconn chairman Young Liu, it will cost less than $NT 1 million ($35,700).

The Model E, a high-performance luxury sedan developed in collaboration with Pininfarina, will be available at a later, unannounced date.

It will have 750 horsepower and a 0-62 MPH timing of 2.8 seconds, as well as a range of 750 kilometers. Yulon will be one of the first EV manufacturers to employ the designs, according to Lilian Chen, the chairperson.

Foxtron stated that it intends to take advantage of a trend of building electric vehicles close to their intended markets in order to keep costs low. The business aims to develop electric vehicle facilities in the United States, and it just announced that it would buy Lordstown’s struggling manufacturing plant in Ohio.

By late 2023, it hopes to produce Lordstown’s Endurance pickup truck there, as well as Fisker electric vehicles. Foxconn said it will shortly reveal specifics about its electric vehicle production plans in Europe.