AppLift’s Rohan Patil Talks About Mobile Marketing In India And The Technology Behind It !

AppLift is a data-driven technology company that empowers mobile app advertisers to acquire and re-engage quality users at scale on a performance basis.


Marketers have shifted their focus towards mobile marketing in the recent years and the industry has undergone a drastic makeover as it is currently in the spotlight of the major companies.

The need of the hour was an efficient technology to aid the mobile marketers for smooth operation and thus came Berlin’s AppLift. AppLift is an advanced mobile media buying platform enabling marketers to perform RTB and other programmatic trading through a self-serve interface. From the early days of AppLift, there was the realization that technology was going to become ever more important as the industry matured. They also believed that getting the right users at the right price for the advertisers was paramount.  AppLift is headquartered in Berlin and has offices in San Francisco, Bangalore, Seoul, Singapore, Tokyo and Beijing. The number of employees has grown from 5 to over 240 in 3 years.

Techstory interacted with Rohan Patil, Managing Director, AppLift India to understand the mobile marketing adaptation in India and the technology behind it. 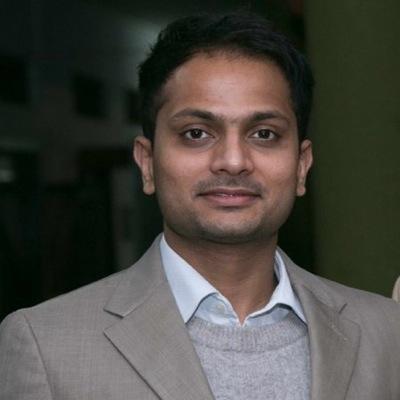 Rohan is an entrepreneur who has worked for Goldman Sachs (London), Rothschild (Paris) and A.T.Kearney (EMEA). He is an alumnus of the London School of Economics & Political Science (LSE) and is currently the Managing Director for AppLift in India – developing and expanding the company’s operations on the ground. Previously, Rohan co-founded Dataconomy Media, Europe’s leading media portal focused solely on data science, which was ranked among the Top 100 Global Big Data Brands and as being one of top 5 start ups in Berlin.

Its programmatic media buying platform DataLift provides access to all automated supply sources in the market, reaching over a billion users. AppLift entered the Indian market in early 2015 and the team grew exponentially with the acquisition of Bidstalk (a white label DSP) in May 2015. AppLift India established themselves in the heart of Bangalore’s start-up tech scene Koramangala in November 2015 and operates as a satellite entity of AppLift global with an ever growing team of over 80 employees from business, tech, HR, marketing, finance and client relations.

India is a very strategic market for AppLift, both from a business and from a human and technological resources perspective. From a business perspective, India is one, if not the, fastest growing mobile markets for the m-commerce vertical. If we look at the consumption of mobile apps, in Europe there was a higher volume of gaming apps and then it was followed by non-gaming apps. But, in India, people downloaded more of non-gaming apps in the beginning and then slowly transitioned to gaming apps.

“Indian market is huge and the apps are applicable to almost everyone if it’s developed in English and the number of app downloads is around 40 to 60000 on a daily basis.”

In respect to startup culture, both are very much vibrant and especially Bangalore is technologically very advanced that AppLift had decided to open its R & D centre in Bangalore.

How To Set Up A Growth Engine For Your Mobile Apps – Alex Austin of Branch Metric Tells Us ![/box]

Over the last couple of years, the technology for programmatic advertising, and RTB (real-time bidding) has improved considerably. RTB allows advertisers to bid on every single impression a specific price which, which will be a function of what is known about the user who will see it. This way advertisers do not pay more than they are willing to for each new user.

India is a tech savvy nation and mobile marketing in its early adaptations had its ups and downs. It was previously not focused on quality as its KPI for driving ROI, but over years the RTB approach has been driving good numbers for the industry.

The technology leverages first- and third-party data to optimize media buys across all stages of the conversion funnel and, through its proprietary LTV optimization technology, enables ROI-maximized user acquisition.

In this context, in May 2015 AppLift acquired Bidstalk, a mobile DSP based in Singapore with an important R&D center in Bangalore. AppLift chose Bidstalk, a technology first company, because it had one of the best, most efficient and most scalable technologies in the market. They integrated Bidstalk’s team and technology to the existing programmatic media buying product, DataLift, and Bangalore became AppLift’s second R&D center after Berlin and their seventh global office. 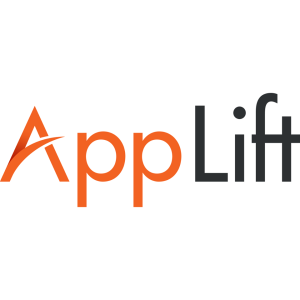 Shift in the trend

When digital marketing boomed companies started with a lot of desktop marketing, but in the recent years there has been a shift in the trend towards the mobile marketing and over 60 percentage of the digital marketing budget is allocated for mobile marketing. Marketing 2-3 years ago was considered a non-technical job, but now realising the importance of technical skills that add value it is undergoing a shift and started attracting major technical talents.

Technical talents are required to understand what the clients want and focus the marketing strategy on the clients’ need. They need to target specific device IDs of the customers based on their behavior and give discounts to loyal users.

Sophisticated technologies and tools are utilized as companies want to understand more about customers, their needs and the targeted audience.

The platform is integrated with over 30 leading SSPs and ad exchanges, reaching over 50 billion impressions a day and over 1 billion users a month. Its tech infrastructure handles over one terabyte of data per hour and over 18 billion ad requests per day. DataLift offers live campaign reporting and management as well as extended control and optimization functionalities through a single, unified dashboard. With seamless data onboarding and audience management tools, marketers can also easily leverage their first-party data. AppLift is trusted by 500+ leading global advertisers across all verticals, such as King, Zynga, OLX, Glu Mobile, Flipkart, Paltalk, Nexon, and Tap4Fun.

Looks like Berlin and India have two successes in common: Airlift and Applift !!

Claymotion is taking Predictive Analysis in Mobile Advertising to next level !