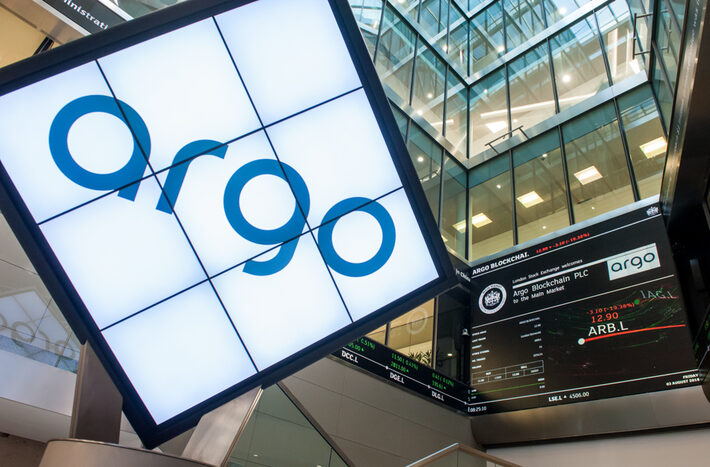 Argo Blockchain, the only cryptocurrency miner listed in the United Kingdom, says it raised $112.5 million in a stock offering in the United States.

The London-based firm is selling 7.5 million American depositary shares, each worth ten of its publicly listed shares in the United Kingdom.

The firm stated in a statement on Thursday that the U.S. shares are priced at $15 apiece. Argo projected an initial offering price of $18.40 in its prospectus filed with the US Securities and Exchange Commission on Sept. 14, based on the value of its London-traded shares at the time.

The shares are expected to begin trading today on the Nasdaq Global Market under the symbol “ARBK.” The business has been gathering cash in recent months and has land in West Texas for the building of a new bitcoin mining plant. It has borrowed £32 million ($44 million) from Galaxy Digital since June.

Also Read: Argo Blockchain IPO: All you need to know

London, the United Kingdom-based Argo was established to mine Bitcoin and other cryptocurrencies in North America at a low cost by relying on “mostly renewable and affordable power.”

Peter Wall, the firm’s Chief Executive Officer, has been with the company from its beginning and was previously a Partner at The Art Department.

Amplify Transformational Data Sharing ETF is among the investors who have invested at least $75 million in Argo.

In Canada and the United States, the company presently has approximately 21,000 mining equipment in owned and hosted facilities.

Through its Argo Labs subsidiary, management also plans to engage in strategic activities outside of mining to diversify income streams.

The worldwide Bitcoin mining business is presently in a state of upheaval, with recent mining prohibitions in China forcing a major portion of the country’s hashpower to leave the network as operators search for a more appropriate site.

Because the bulk of the value coming to the miner is a function of the current Bitcoin reward rate of 6.25 Bitcoin per successfully mined block, the market value for mining is determined by the price of Bitcoin.

For example, at a price of $50,000 per Bitcoin, the yearly mining incentives for the whole sector would be over $16.425 billion.

Sales increased by 79 percent to 31 million British pounds in the first half of this year, while net income increased by 7.2 million British pounds from almost nothing, owing primarily to increased bitcoin-mining capacity. Argo is currently constructing a new mining plant in Texas. You are exposed to bitcoin BTCUSD, -0.56 percent volatility, which is a significant risk. Argo eats its own cuisine, not simply because it’s the nature of the company. Cryptocurrency accounts for a fourth of the company’s assets.