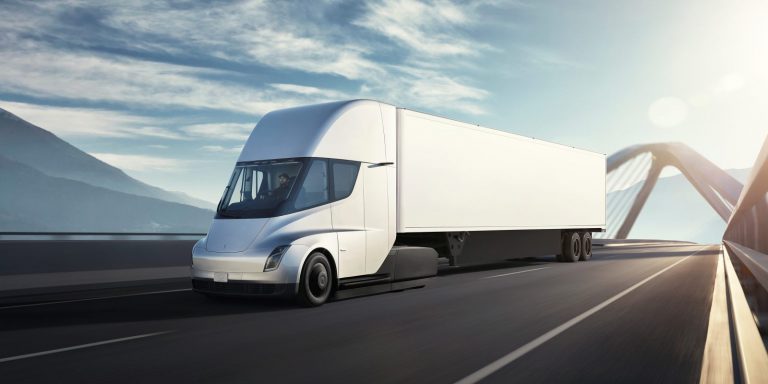 Tesla’s Elon Musk has had plans to introduce electronic vehicles for heavy-duty trucks. However, Microsoft’s Bill Gates is not too convinced about this investment.

Bill Gates wrote in a blog post, “The problem is that batteries are big and heavy. Even with big breakthroughs in battery technology, electric vehicles will probably never be a practical solution for things like 18-wheelers, cargo ships, and passenger jets. Electricity works when you need to cover short distances, but we need a different solution for heavy, long-haul vehicles.”

Gates provided biofuels as an alternate solution to the battery-powered vehicles on grounds of feasibility.

According to the reports from Reuters, on Musk’s orders, the production speed of Semi, a commercial vehicle having a range of 500 miles has been fastened. Tesla Semis have already been pre-ordered by big companies like UPS, FedEx, Sysco, Pepsi, and Walmart in 2019.

Tesla has been doing tireless pre-debut promotions of their Cyertruck. However, when Gates wrote about companies that have made breakthroughs in electric vehicle technology, Tesla was found nowhere on the list.

Gates went on to write, “Increased competition in the market means there are more choices available to customers than ever before, from compact sedans to sleek sports cars. You’ll even be able to buy an all-electric pick-up truck soon thanks to legacy companies like GM and Ford and new carmakers like Rivian and Bollinger.”

The 2 billionaires have been known for having contrasting and differing opinions. For example, Gates has talked about how this pandemic has the potential to bring many changes in the coming years. However, Musk has maintained the claim that the concerns related to the pandemic have been blown way out of proportion.

Musk has very openly expressed his contempt for Gates by writing posts such as, “The rumor that Bill Gates and I are lovers is completely untrue.”