Lolli, a bitcoin rewards firm, revealed on Wednesday that it has concluded a $10 million Series A investment round. According to Lolli, the new funding will allow the company to expand, hire new employees, and form new collaborations. 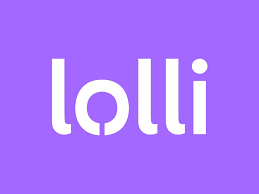 Lolli has raised a total of $10 million.

The New York-based company According to a July 28 release by Lolli, the company has raised $10 million from investors. Acrew Capital, Banana Capital, Up North Management, and Animal Capital led the Series A round, according to the business.

Acrew Capital’s investment, according to Matt Senter, CTO and co-founder of Lolli, illustrates that the company recognises the growth of bitcoin-based enterprises.

“Acrew’s large bet on Lolli implies two things: bitcoin is thriving, and Lolli has the greatest team to boost adoption in the long run,” Senter said in a statement.

The Series A money will be used to grow the company, hire additional personnel, and “further improve the recently launched mobile app.”

Josh Richards, a Tiktok celebrity and social media mogul, and Logan Paul, a Youtuber and entrepreneur, also spoke about the Lolli investment. Youtube star Logan Paul said on Wednesday, “I’m pleased to be investing and helping to fuel the growth of a firm that lets people to earn and learn about this new asset class.” Animal Capital, according to Josh Richards, invests in companies that embrace the current era. During the announcement, Richards said:

Lolli isn’t the only service offering crypto incentives for shopping these days, and it competes with pre-paid crypto cards like as Blockfi’s and Crypto.com’s Visa cards. Dean Fankhauser of bitcompare.net just assessed the company on July 13 and gave it a 4.5 out of 5 ratings. Fankhauser’s evaluation is pretty extensive, although it does point out certain flaws with Lolli’s application.

Returning things for which you’ve previously earned bitcoin rewards can potentially muddle the system, according to the review. Crypto.com, on the other hand, has a very short wait period for crypto rewards on pre-paid crypto debit purchases because the crypto incentives are instant.