Blue Origin trends on Twitter for all the wrong reasons.

The space research company pioneered by Jeff Bezos, Blue Origin, is trending on Twitter for all the wrong reasons. The spotlight is being directed to the company following an essay signed by 21 former and current employees of the company who describe the working conditions of the company as “toxic.” Now, toxic is not a word you need to be associated with your company because it takes a direct toll on the goodwill built over years. Although the company authorities have come forth with explanations and justifications dismissing the claims, it is rather hard to discern why a set of employees would have an antipathy towards the company if not for some solid and credible reasons. 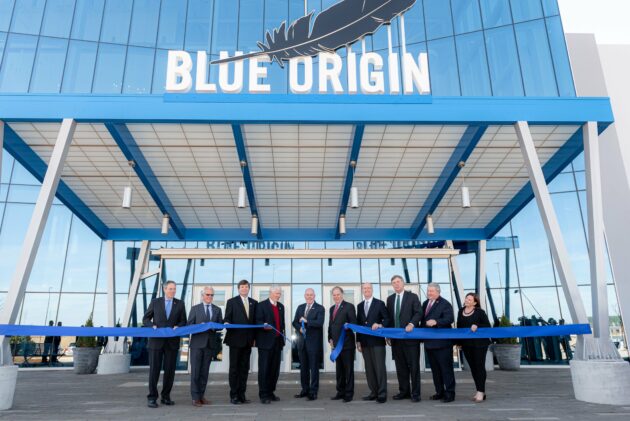 It seems like the stars of luck are not aligned for Jeff Bezos as everything he does is met with sharp polemics from all sides. Whether it be his lawsuits against Musk or environment conservation, nothing seems to strike the right chord with the masses. And an essay from a group of employees labeling the working environment of the company as “toxic” is the last thing you need. However, it is hard to overlook the truth and the truth, or perhaps a shred of truth has manifested in the form of this essay published on the website Lioness, which has made Blue Origin the main topic of discussion and scrutiny.

The essay was published by a group of 21 former and current employees with Alexandra Abrams, a former head of communications at Blue Origin taking the lead. Abrams’ long years with the company and her experience adds certain credibility to the claims made in the essay. The essay blames the company for its forced non-disclosure agreements, the lack of attention paid to internal feedbacks, not to mention how they are thwarted, in addition to a total disregard and indifference towards the safety concerns of the employees. And the cherry on top of the cake is the claim of the sexist environment created by the company which puts women employees in a vulnerable and difficult position. Abrams seems determined to speak out about the misdeeds of the company. Her volition is evident in what he said in the course of the CBS interview, ” I have gotten far enough away from it that I am not afraid enough to let them silence me anymore.” Although not explicitly stated, the statement makes one thing if the company has a past of silencing its employees.

The company has come forth dismissing the claims made in the essay saying it has zero tolerance for any of the villainous activities stated in the essay. Linda Mills, the president of communications also added that Abrams was dismissed from the company in 2019 “after repeated warnings for issues involving federal export control regulations.” (source: CNBC)

Although it is not yet clear which side is in the right, Twitter has taken the matter into its own hands as discussions are raging on the social media platform. Most of the users are shocked while some betray no surprise. Let us go through a few reactions and responses on Twitter following the news.

Jeff Bezos' space company Blue Origin is described as a "toxic" workplace in an essay today by 21 current & former employees.

As the age-old saying goes, the truth comes to the forefront no matter what.

This whole essay is devastating. Among the claims: "In the opinion of an engineer who has signed on to this essay, 'Blue Origin has been lucky that nothing has happened so far.' Many of this essay’s authors say they would not fly on a Blue Origin vehicle." https://t.co/BjZ4gvdFyX

Troubling account of the conditions inside Blue Origin from a former employee who says the company created a sexist culture and over-worked employees https://t.co/xPL6oZZ4pS

Talked to some trusted sources about the Lioness essay on Blue Origin. "There is truth in this, but some allegations go too far." They agree the culture of Blue Origin is largely broken. There is hope the essay will cost Bob Smith his job. Employee turnover remains sky high.

Oh my. " In our experience, Blue Origin’s culture sits on a foundation that ignores the plight of our planet, turns a blind eye to sexism, is not sufficiently attuned to safety concerns, and silences those who seek to correct wrongs."

The overworked complaint sounds kind of weird when SpaceX is well know for working everyone to the bone and that's accepted.