Bored Ape NFT to play Major League Soccer, making it a historic day for the NFT as well as Sports industry

NFT and sports going hand in hand as the world is progressing towards digitalization! 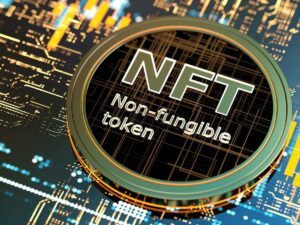 NFT (Non-Fungible Token) and sports industry are successfully partnering and taking their industries forward. As we all know, the world is progressing towards digitalization and as more sports organizations are emerging, the NFT world is penetrating deeply into the ever-growing sports industry.

The NBA projects such as Top Shot, NFL’s blockchain project and many such projects have gained a lot of traction among the people across the globe. The collaboration and partnership of NFT and sports industry is surely helping the digital asset sector to grow and is also having positive impacts on the sports industry.

Major League Soccer is the official soccer league that is organized in the United States. Major League Soccer has been a supporter of NFT and its collaborations with NFT has proven its persistence towards NFTs! The NFT and the league have surely collaborated on some of the best deals in the past.

The league went ahead to launch its first NFT collection in 2021, which gained a lot of attraction. The league also happened to partner with Sorare, to launch a blockchain based fantasy soccer game in 2022.

Major League signs an NFT as a player for digital world!

The news that an NFT has been signed as a player for the soccer league makes the day historic. The NFTs’ entry into the sports sector as athletes officially begins with this news.

The Football league signed Striker, a bored ape NFT, with the help of ge3, a Get Engaged division that currently controls the golden-brown primate.

The valuation of the NFT!

According to the news, Get Engaged, went on to sign the NFT for 100 Ethereum tokens. Ultimately, the owner of the token was awarded with a huge profit margin for investing in the digital asset.

This incident, has provided us with the example of how well does NFT suits the sports industry. Moving forward, there is a belief in the market that, more and more NFT’s will be adopted across different country’s sports league and help the industry grow.

The news is that, the bored Ape NFT, named Striker, is rumored to debut at the MLS’s All-Star Game on August 10, as the leagues newest member. The position of the player on the virtual pitch is the easiest guess you can make today, which is Striker.

According to me, the growth of NFT sector is really pleasing to witness, considering the current market situation that the digital sector is in. The dominance of NFT over cryptocurrencies might happen in the future as NFT’s are penetrating more easily into various markets.

What do you think about NFT’s expansion into various markets? Let me know in the comment section below. Share this article with your peers and follow our channel for more updates on crypto.