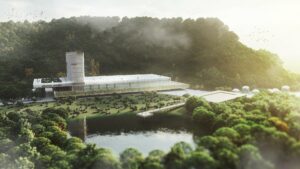 Bukele is no less than a new angel for the crypto industry, looking at his frequent tweets and announcements about the extraordinary steps to promote Bitcoin. The Salvadoran President adopted the bitcoin as a legal tender but is not trailing behind to work on any aspect of the currency that negatively impacts.

While the crypto industry was celebrating El Salvador’s announcement to legalize bitcoin, at the same time, there was a huge debate on the disaster that bitcoin mining causes to the environment. Bukele came up with a strong answer to all the opponents, announcing the Volcano-powered bitcoin mining centres in the country.

This month, Nayib Bukele announced that the nation is working on the “Green” mining project. The state-owned bitcoin mines will use volcanic energy instead of fossil fuels to reduce the pollution caused by the mining and the energy consumption. The new Volcano-powered mines are designed in a way that will turn the entire mining process eco-friendly and also very cheap. This innovation can bring about a revolution in the bitcoin mining industry.

El Salvador became the first country to adopt bitcoin as legal tender; now, it’s time to create history with the first Volcano-powered mining concept. The State started working on the environment-friendly mining concept just a week after it legalized the cryptocurrency. The Salvadoran President proudly announced this development with his tweet earlier this month.

“Our engineers just informed me that they dug a new well, that will provide approximately 95MW of 100% clean, 0 emissions geothermal energy from our volcanoes, Starting to design a full Bitcoin mining hub around it. What you see coming out of the well is pure water vapor”, Bukele tweeted.

Our engineers just informed me that they dug a new well, that will provide approximately 95MW of 100% clean, 0 emissions geothermal energy from our volcanos 🌋

Starting to design a full #Bitcoin mining hub around it.

What you see coming out of the well is pure water vapor 🇸🇻 pic.twitter.com/SVph4BEW1L

El Salvador is setting an example every other day with its commendable moves around the cryptocurrency; right from currency legalization to clean Bitcoin mining; the country retorted to all the opponents’ arguments advocating the banes of bitcoin. Although countries like China are planning for the complete shutdown of the bitcoin mines while raising the concern of environmental degradation, Bukele proudly came up with its solution. Furthermore, the leadership of the country’s president is attracting people from all across the world towards El Salvador citizenship, and the worldwide google searches are the biggest proof.