China Evergrande’s electric vehicle (EV) unit has flat out said that there is no certainty that it will be able to pay its debt. The Chinese corporate giant currently finds itself crumbling under the huge weight of the debt that it owes to its suppliers and even its employees, and is on the lookout for investors who can provide it with some much-needed capital.

The Hong Kong-listed EV unit said on Friday that the group as a whole is facing a “serious shortage of funds,” adding that the same has resulted in the payments for some of the operating expenses being halted. In response, some suppliers have also stopped supplying their materials for the company’s projects.

This comes even as a report by Bloomberg had claimed that the China Evergrande New Energy Vehicle Group Ltd. had apparently failed to pay the salaries of some of its employees, and had also not been able to make payments to some suppliers. The cash crunch makes it seem like the electric vehicle-maker will be falling short of its goal to start mass deliveries by next year. 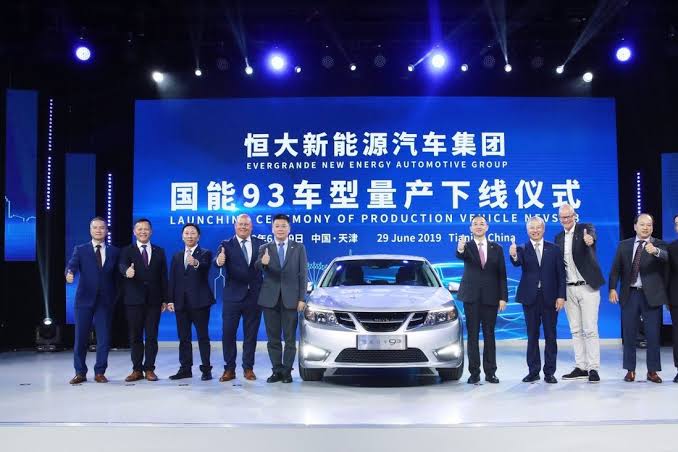 At the same time, Evergrande NEV also says that it is in the process of negotiating with potential investors, in a bid to sell off some of its elderly care projects, as well as its foreign assets, hoping that it would bring in some crucial capital, while also improving “the group’s overall efficiency.”

However, the company itself admits that it remains to be seen whether or not it will be able to actually seal the deal and carry out the sale.

Evergrande NEV came into being last year, when Evergrande Health was officially renamed. While it does list itself as a car manufacturer, most of its income still comes through its community health service and nursing home business. Just last month, the company recorded 6.92 billion yuan in revenue, over a 4.8 billion yuan loss. A overwhelmingly major chunk of the revenue, around 6.89 billion yuan, came from its health and aged-care business.

The unit makes up rather a small part of Evergrande Group’s sprawling business, which, while being focused mainly on housing and real estate, also encompasses financial services and even a bank. The firm has been seeing its shares tumble sharply, owing to its inability to pay off its debt. The situation has sent the entire economy in China into a frenzy, as concerns continue to mount regarding the company’s future.