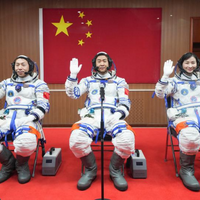 As tall as a 20-story skyscraper, the Shenzhou 15 mission’s rocket blazed into the Gobi Desert night sky on Tuesday. It took three astronauts to a rendezvous with the recently finished space station of China.

Even as many of its citizens have been fiercely protesting strict pandemic controls in the streets. The rocket launch of China was a split-screen event and the most recent in a long line of technological advances for the nation.

The air trembled as the massive white rocket launched into the bright, icy night sky just before the waxing crescent moon set.

The mission to the new space station is a significant accomplishment for China’s quickly developing space program. In addition, it will be the first time a crew from Earth will be welcomed by a team of three astronauts stationed in the Tiangong outpost.

Another milestone in China’s race to catch up to the United States and overtake it as the supreme power in space, the Chinese space station will now be permanently manned, similar to the International Space Station.

Chinese space authorities are planning to land astronauts on the moon with a persistent presence in low-Earth orbit aboard Tiangong, just as NASA plans to return to the moon before the end of the decade as part of its Artemis mission.

Zhou Jianping, the head of China’s crewed space program, stated in an interview at the launch facility that “It will not take a long time; we can achieve the goal of the manned moon landing,” He said, without specifying a timeframe for its potential use, that China has been working on a lunar lander.

Less than two weeks have passed since NASA eventually launched its Artemis I mission after numerous delays. The unmanned Orion capsule from that voyage is now orbiting the moon.

China is willing to work with few other countries

Beijing has also launched a charm offensive to court European and developing nations, especially since the Group of 20 summits in Bali earlier this month. That includes seeing into space. In a letter to a United Nations symposium on November 21, China’s president, Xi Jinping, reiterated this issue. 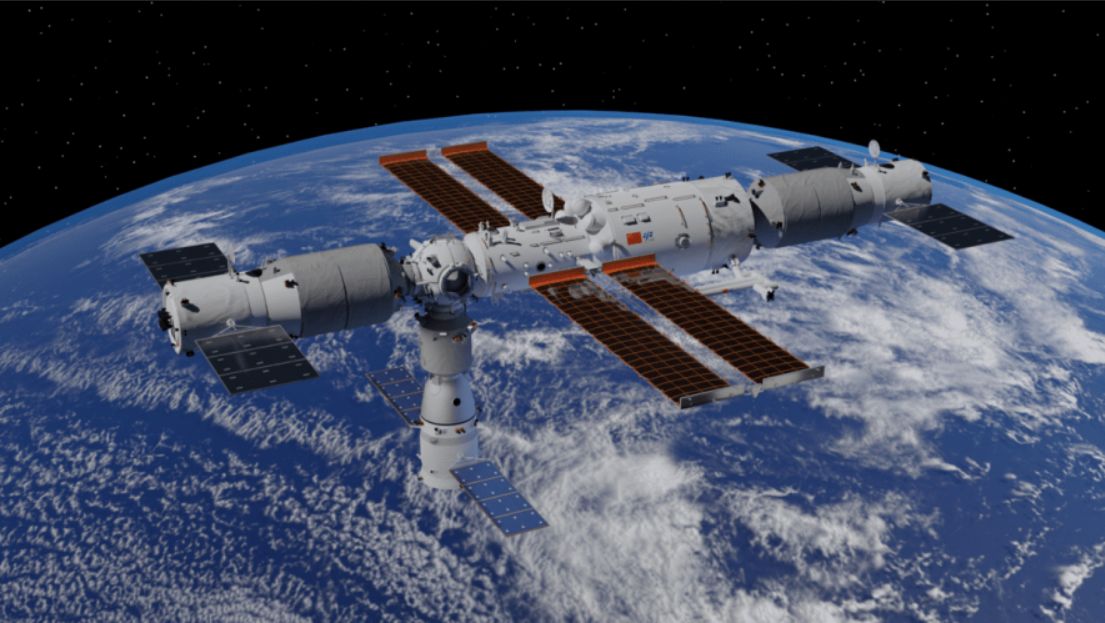 “China is willing to work with other countries to strengthen exchanges and cooperation, jointly explore the mysteries of the universe, make peaceful use of outer space, and promote space technology to better benefit the people of all countries in the world,” Mr. Xi wrote.

European countries have not yet shown much interest in Tiangong. Despite cooperating with the United States on the Artemis missions and the International Space Station. Germany has no bilateral space station projects with China. It was reported by a written response from Germany’s Federal Ministry for Economic Affairs and Climate Action.

Furthermore, Germany and Italy each sent an astronaut to China’s Shandong Province four years ago for training. The training was to fly on a Shenzhou rocket. No nation has yet to arrange to send astronauts aboard a Chinese rocket. However, some European scientists are working on projects that will be transported to Tiangong, such as a high-energy cosmic radiation detector. Through a United Nations program, researchers from Saudi Arabia, India, Peru, and Mexico have also been able to research the Chinese space station.

The program has developed independently

European officials have been apprehensive about expanding space cooperation when tensions over China’s human rights record and military buildup are rising. In order to safeguard the safety of astronauts, they have requested China to give particular information about its space operations. However, like the early American space program decades ago, China’s space program has developed independently of the nation’s military and has been leery of substantial sharing.

That connection to the military was evident at the Jiuquan Satellite Launch Center in the desert. Around the site, it was possible to see camouflaged vehicles, and some signage referred to Dongfeng ballistic missiles rather than Shenzhou civilian space rockets, which are utilized in China’s nuclear arsenal.

On their mobile phones, visitors nearing the launch center began receiving a series of brief, automated warning messages from roughly 50 miles away. They had entered a military control zone, where photography was forbidden, and those who violated national security would be put to death, according to the warnings.

The first of these messages, written in Chinese, included a mobile phone number for reporting any sightings of foreigners or unusual activity and warned those stealing secrets that they would be caught and beheaded once they were. Catching enemy spies and capturing them will help everyone greatly.

Before the launch of the Shenzhou 15, Ji Qiming, assistant director general of the China Manned Space Engineering Office, stated during a news conference that China was upholding the legacy of Mao’s “two bombs, one satellite” philosophy. The program’s goals were to develop an atomic bomb, an intercontinental ballistic missile to deliver the bomb, and a satellite to observe Earth.