Cumulative passenger car sales reached 20,146 million units, a year-on-year increase of 4.4%. The CPCA also reported that the market share of American cars was 8.2% in December, up 2.7% from the previous month. Last month SUV sales decreased 11.3%, with only 960,000 units sold. However, cumulative sales for 2021 showed a year-over-year increase of 3%, with 9.221 million SUVs sold in China. 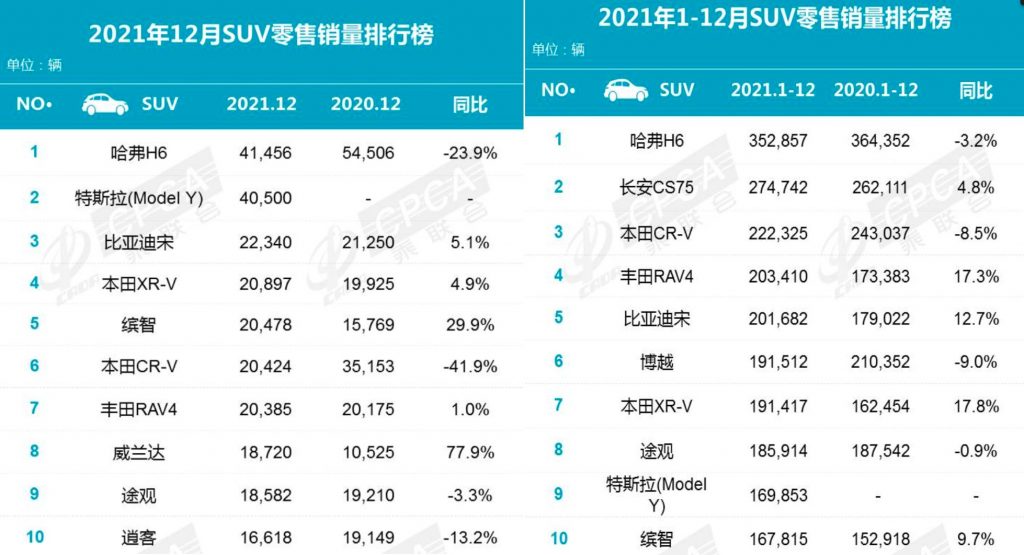 Tesla Giga Shanghai aimed for a 500,000 annual output in 2021. It plans to increase production capacity with an RMB1.2 billion (about $180 million) project that should expand the facility further. The expansion started in December 2021 and is scheduled to be completed by April 2022. Also this year Tesla Giga Berlin is expected to start production, which would eventually reduce export numbers in Giga Shanghai. Tesla China will be focused on selling more cars this year more than ever. Last year was a tough year for Tesla in China, from military ban to media’s negative publicity. Things are expected to be much smoother this year, as they are also focused on setting up more Superchargers in various locations throughout the country.