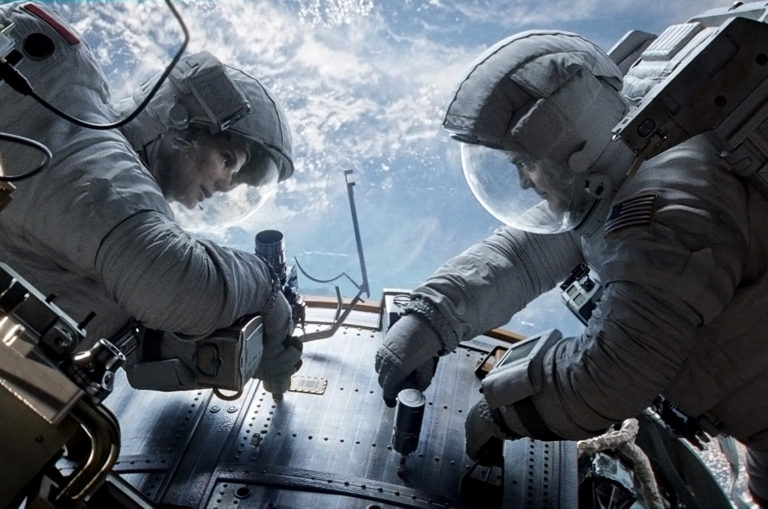 The Companies Fighting For A Space In The Space Tech ! 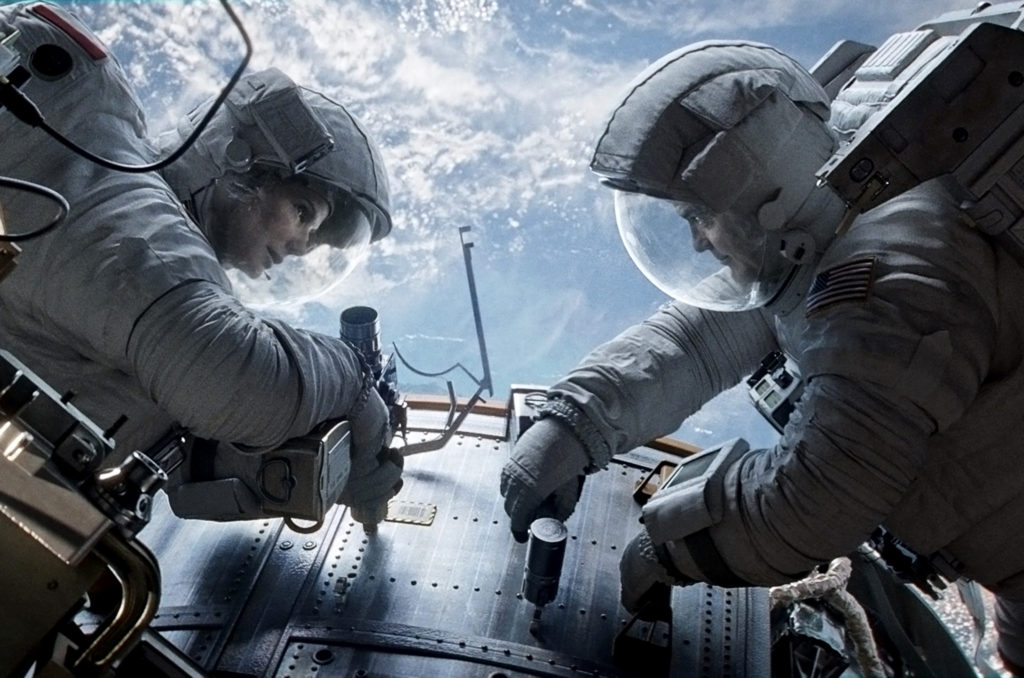 Space race used to be a competition between the developed nations. The most interesting rivalry would very well be the USA vs. USSR in the cold war era. Here is a small intro about Sputnik.

The competition began on August 2, 1955, when the Soviet Union responded to the US announcement four days earlier of intent to launch artificial satellites for the International Geophysical Year, by declaring they would also launch a satellite “in the near future”.

The Soviet Union beat the US to this, with the October 4, 1957 orbiting of Sputnik 1, and later beat the US to the first human in space, Yuri Gagarin, on April 12, 1961. The race peaked with the July 20, 1969 US landing of the first humans on the Moon with Apollo 11. The USSR tried but failed manned lunar missions, and eventually cancelled them and concentrated on Earth orbital space stations.

A period of détente followed with the April 1972 agreement on a co-operative Apollo–Soyuz Test Project, resulting in the July 1975 rendezvous in Earth orbit of a US astronaut crew with a Soviet cosmonaut crew. The end of the Space Race is harder to pinpoint than its beginning, but it was over by the December, 1991 dissolution of the Soviet Union, after which true spaceflight cooperation between the US and Russia began.

The Space Race has left a legacy of Earth communications and weather satellites, and continuing human space presence on the International Space Station. It has also sparked increases in spending on education and research and development, which led to beneficial spin-off technologies.

Entrepreneurs have begun designing and deploying competitive space systems to the national-monopoly governmental systems of the early decades of the space age. Successes to date include flying suborbital space planes, launching orbital rockets, and flying a couple of orbital expandable test modules (Genesis I and II would have to be the best examples for expandable modules).

Development of alternatives to government-provided space launch services began in earnest in the 2000s. Private interests began funding limited development programs, but the US government later sponsored a series of programs to incentivize and encourage private companies to begin offering both cargo, and later, crew space transportation services. Some of them that have taken centre stage include:

Now let us take a look at what each company does 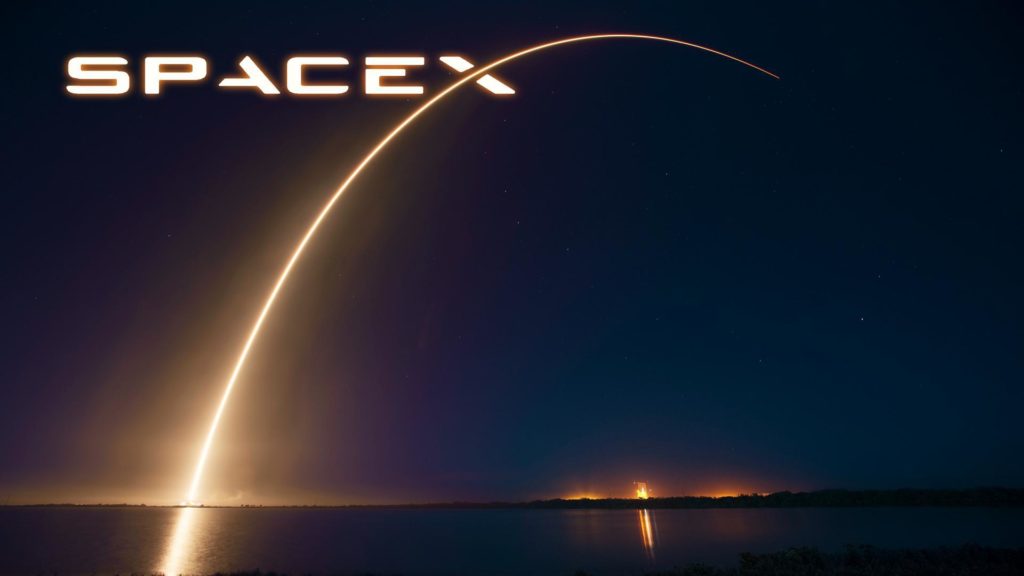 For making rockets reusable, and making going to Mars seem possible. Already the world’s most high-profile commercial spaceflight company, SpaceX continues to demonstrate its technical bona fides, racking up recent milestones as historic as they are diverse.

Along with fielding a more muscular version of the workhorse Falcon 9 rocket (with engines that are 50% more powerful than their predecessors), the company conducted a series of test flights of its Grasshopper rocket, which travelled as high as 1,066 feet in June 2013 before depositing itself back on the launchpad, as opposed to dumping in the ocean. 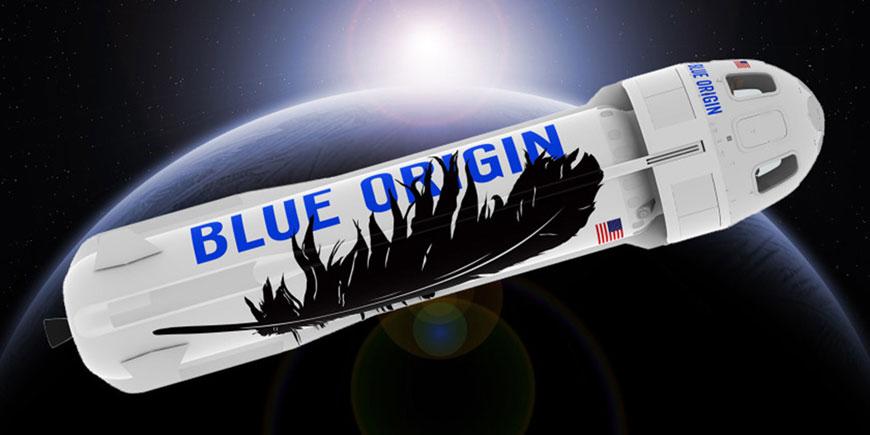 Blue Origin is an American privately-funded aerospace manufacturer and spaceflight services company set up by Amazon.com founder Jeff Bezos with its headquarters in Kent, Washington. Initially focused on sub-orbital spaceflight, the company has built and flown a test bed of its New Shepard spacecraft design at their Culberson County, Texas facility.

The first developmental test flight of the New Shepard was 29 April 2015. The uncrewed vehicle flew to its planned test altitude of more than 93.5 km (307,000 ft) and achieved a top speed of Mach 3. Another flight was performed on 23 November 2015.

The vehicle went just beyond 100 km (330,000 ft) altitude, and both the space capsule and its rocket booster successfully achieved a soft landing. 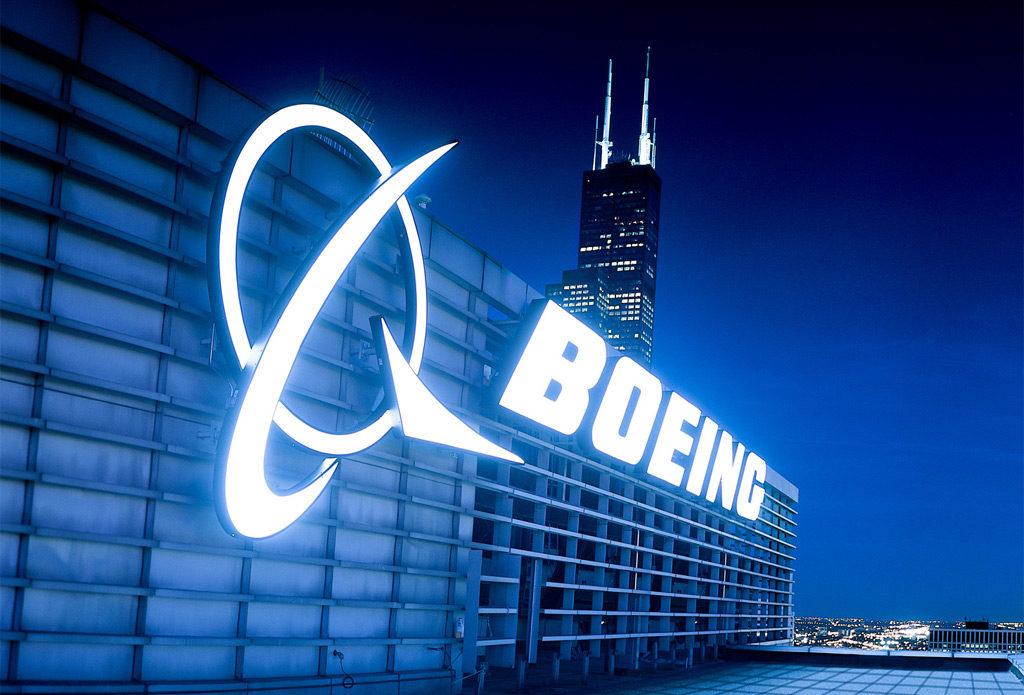 For keeping up with the commercial upstarts. The race to replace the Space Shuttle isn’t a sprint, so much as a marathon, with multiple companies competing for NASA’s patronage over the next few years.

And while relative newcomers SpaceX and Sierra Nevada grab headlines with their novel spacecraft designs, veteran rocket maker Boeing is marching forward with its Apollo-style CST-100, a seven-person capsule that was fully unveiled this past year, and has since cleared hardware reviews, safety tests, and other hurdles on the way to restoring the United States’ ability to send astronauts into space (instead of hitching rides on Russian craft, especially in light of the current political tensions). 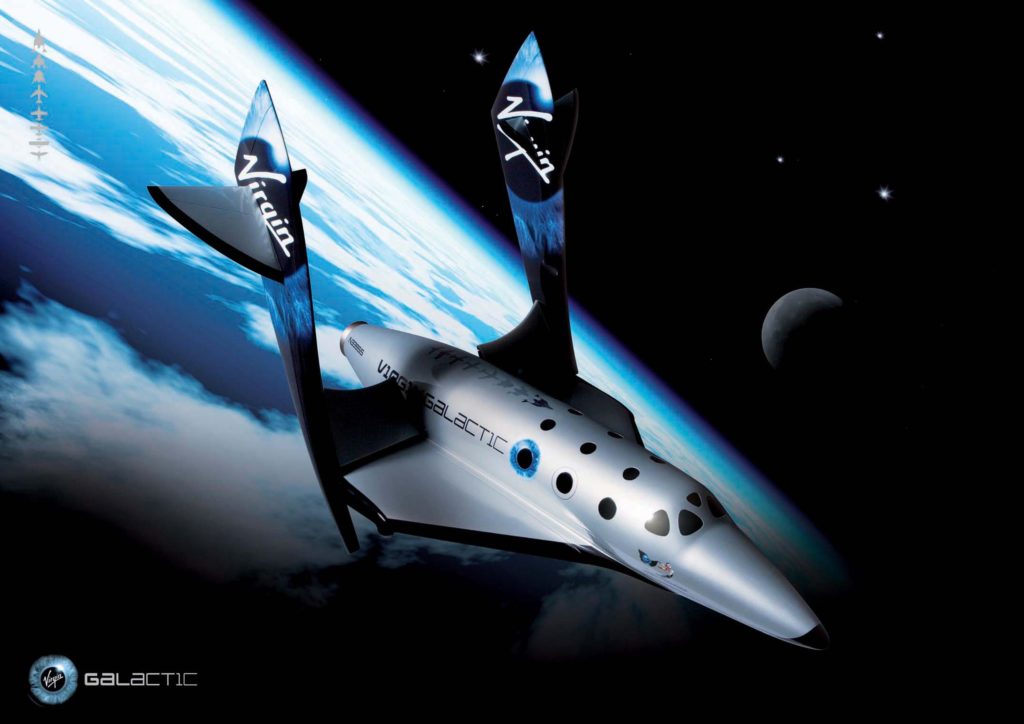 A decade since it was founded, and Virgin Galactic is still a gamble. But despite the daunting technical challenges and blown deadlines (suborbital flights, rising to a near-weightless altitude of 62 miles, were promised by the end of last year), Sir Richard Branson’s engineers and pilots have been hard at work, conducting the first pair of supersonic, rocket-powered test flights of SpaceShipTwo in 2013.

The craft is now scheduled to start taking paying passengers—up to six at a time—to the brink of space later in 2014. 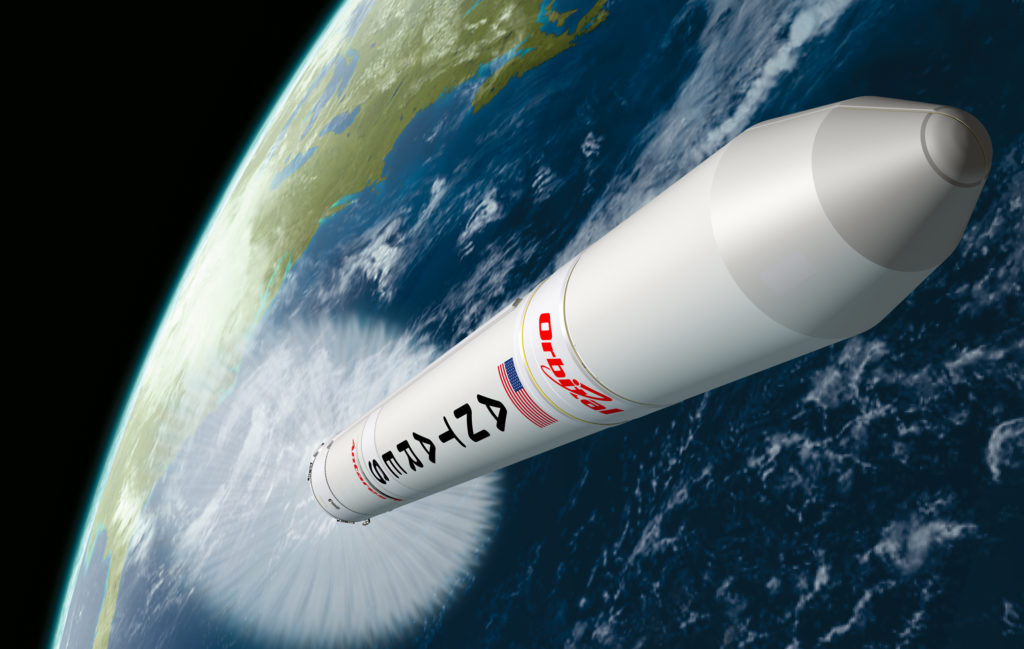 In February of this year, Orbital Sciences completed its first cargo run to the International Space Station, turning what had been something only SpaceX could do into a legitimate industry.

It was the second time that the company’s Cygnus craft docked with the station, though on this visit it was carrying some 2,780 pounds of material. Orbital’s contract with NASA calls for seven more unmanned flights through 2016, and is worth $1.9 billion. 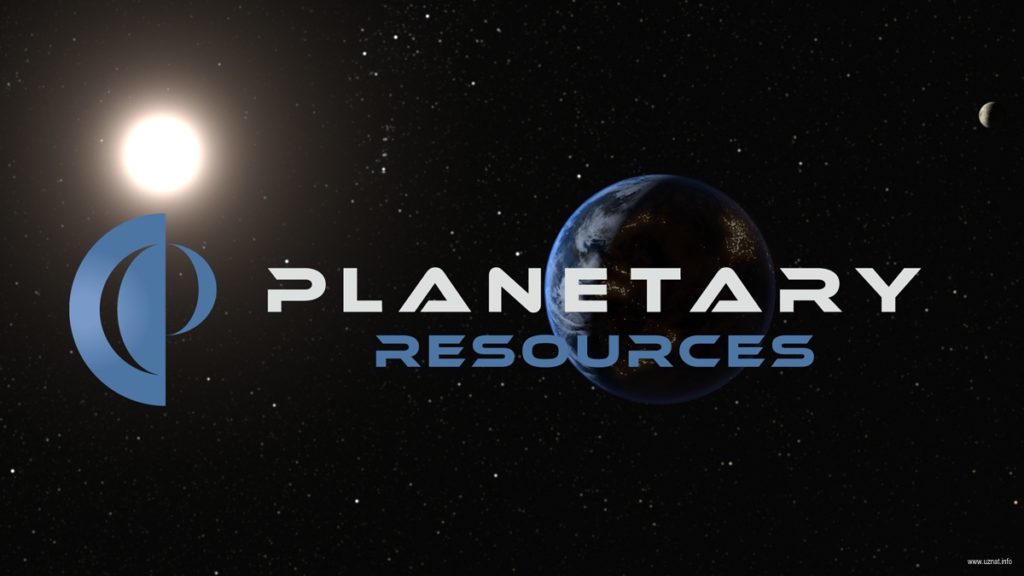 I have added it here just because I love their idea. With backers like director James Cameron and Google’s Larry Page and Eric Schmidt, it might seem surprising that Planetary Resources would take such measured steps toward its stated goal of mining nearby asteroids with robotic spacecraft, such as using Kickstarter to fund the planned launch of low-cost, publicly accessible satellite telescopes into orbit in 2014.

Tacky as that campaign was—backers were offered “space selfie” photographs, with the Earth serving as a backdrop for an image displayed on the satellite—it’s evidence that this would-be mining interest plans to pay its own way to off-world resources.

With many more companies fighting for a space in this “Second space race” (If I may!) this could very well be the century that man moves from earth and starts colonising not just other countries but also other planets.