Companies that accept cryptocurrency as payment

It is a widely accepted fact that cryptocurrency is gaining popularity with time. Although there is a small fraction who are cynical about the potential of crypto, a good majority are convinced that crypto will reach great heights. Perhaps that is the reason why some people refer to it as the “currency of the future.” Although the fluctuations in price push users to the tip of uncertainty, that doesn’t stop them from continuing to support and invest in crypto. One good evidence for the growing popularity of crypto is the fact that a number of popular companies have adapted it and are accepting payments in crypto. Here is a list of companies that are a step ahead with their prudence and have begun accepting payments in cryptocurrency. 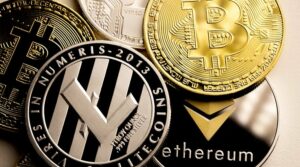 Pavilion Hotels and Resorts is the latest company to step into crypto transactions. The hotel group based in Hong Kong also holds the title of being the very first international hotel chain to take up crypto-based payments. The group will let people make bookings using tokens of forty different kinds. This includes Bitcoin and Ethereum. This will be made possible with their partnership with Coindirect. Given that it is a hotel group with a presence in a number of countries, it is imperative that this will open new doors of opportunity for crypto.

AXA Insurance will let customers make payments in cryptocurrency. The major reason behind embracing cryptocurrency is a research conducted by the company back in 2019 that revealed that a good majority of its customers, particularly those in the age group 18-55 have invested in crypto. And a good majority are interested in doing so as well. This step to embrace cryptocurrency by the company is a good example of how an equation complete with prudence and insight provides the best solution for growth and progress.

The fact that a software giant like Microsoft is accepting crypto payments is a major advantage for cryptocurrency in general. The goodwill of the company that has been built over the years will create a certain level of trust and confidence among the users about using crypto. Microsoft’s interest in crypto does not merely end with payments. Let us not forget about ION, the two-layered authentication platform launched by the company with the help of blockchain.

Starbucks has made it possible for users to make payments in crypto with the help of the Bakkt app post-trial. If the reports from the creators of the app are to be believed, about 500,000 people enthusiastically took part in the invitation-only, early access program.

It is not a matter of surprise that Tesla is on the list of the companies that accept payments in crypto. Elon Musk is a very crucial character in the story of cryptocurrency, often bringing in unexpected plot twists and suspense, and more often than not, shocks. However, Musk’s relation with Bitcoin hasn’t always been smooth. Although it was announced that the company will begin accepting payments in Bitcoin, it was put on hold stating energy concerns and the like.

There have been reports and rumors flying around that Amazon is all set to launch its own cryptocurrency like other major players of the tech domain like Facebook. However, Amazon does not really accept direct crypto payments yet albeit the Amazon vouchers which can be bought with the help of Bitrefill, a crypto-only company.

By the end of March, it was on paper that the credit card company will accept crypto transactions through a partnership with Crypto.com. At present, it accepts USD Coin, a stablecoin crypto whose value is pegged to that of the US dollar.

Following an announcement in October, PayPal users can finally buy, sell, or hold according to their choice a set of specific crypto coins. This includes Bitcoin, Ethereum, Litecoin, and Bitcoin Cash. However, this service is made available exclusively to customers in the US and the UK. In addition, PayPal also makes it possible to track cryptocurrencies.

airBaltic is the very first aviation company in the world to accept Bitcoin payments. And they have been in the crypto payment league since 2014. According to the claims of the company, ever since it began accepting payments in Bitcoin in 2014, it has processed about 1000 transactions.

Sotheby’s, the well-known auction house began accepting crypto payments back in June and now it accepts both cryptos and NFTs. However, this includes certain restrictions. One is that the payments will be accepted only through particular exchanges including Coinbase.

Coca-Cola’s bottler and distributor in the Asia-Pacific region, Amatil accepts payments in cryptocurrency, thanks to its partnership with the Center pay platform.

Following the example of airBaltic, LOT Polish Airlines also began accepting Bitcoin payments from the year 2015. To this day, LOT remains the only European airline to accept payments in crypto.

Expedia, one of the prominent and well-known travel agencies accepts payments in Bitcoin, thanks to its partnership with Travala, a travel booking platform that is crypto-friendly. At present, it is possible for users to make bookings using 30 different cryptos and more.

Lush was among the very first global companies to accept payments in crypto. It kick-started the acceptance of crypto as payment back in 2017. This was facilitated by its partnership with Bitpay.com.