A $4 million NFT depicting the original Doge meme will be fractionalized into ERC-20 tokens and auctioned off in pieces. Earlier this month, Atsuko Sato, the owner of the Shibu Inu portrayed in the meme, sold the Doge NFT to PleasrDAO, an art-focused decentralized autonomous organization, for 1696.9 Ether, or $4 million.

PleasrDAO will offer exposure to the Doge NFT via fractionalization beginning September 1 at 5 p.m. UTC. The nonfungible token will be split down into 16,969,696,969 ERC-20 tokens named “$DOG” starting at 5 p.m. UTC. 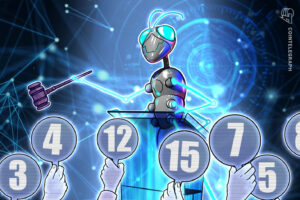 According to PleasrDAO’s blog, 20% of the entire $DOG supply will be available for purchase at first, with the sale taking place on Miso, an open-source smart contract platform.

$DOG will be available for trading on fractional art and decentralized exchanges (DEXs) like Uniswap and SushiSwap after the launch. The $DOG tokens’ concept is predicated on their price rising in tandem with the value of the original Doge NFT.

Holders of $DOG will also be able to vote on what they think the original NFT’s value should be, which will be re-auctioned at a later date chosen by the PleasrDAO community.

“We will not put The Doge NFT up for auction until we are confident that $DOG has reached full meme escape velocity and is accompanied by a large, thriving community,” the blog post stated.

The regulatory structure governing fractionalized NFTs, on the other hand, looks to be in a state of flux. In March, SEC commissioner Hester Peirce, often known as “Crypto Mom,” warned NFT issuers that offering “fractional interests” could be seen as investment products:

“Make sure you’re not making something that’s an investment product — something that’s a security.”In other doge-related news, Japanese-American tennis player Naomi Osaka told Bloomberg on Aug. 31 that she was thinking about investing in cryptocurrency after DOGE aroused her interest.

Osaka’s agency advised investing in cryptocurrency, but she said she had already begun learning about it after watching all of the hoopla surrounding DOGE on social media.“I was just talking about bitcoins with my agent,” Osaka explained. “I’m aware that everything is getting bigger online. I recall hearing about Dogecoin… There will be something new and exciting that will emerge.”

The 23-year-old has won four Grand Slam titles in a row and has already dabbled in the NFT arena, collaborating with Tom Brady’s Autograph platform to release a series of tokenized artifacts late last month.

Also read: Revain: Everything you need to know