Tesla Mobile Robotics manager posted an invitation on LinkedIn for skilled engineers and technicians to join the making of Tesla Bot. The announcement of Tesla Bot came out on AI day, and the company is pushing its robotic goals by hiring people. Everyone from engineers, firmware, software, and controls is invited. 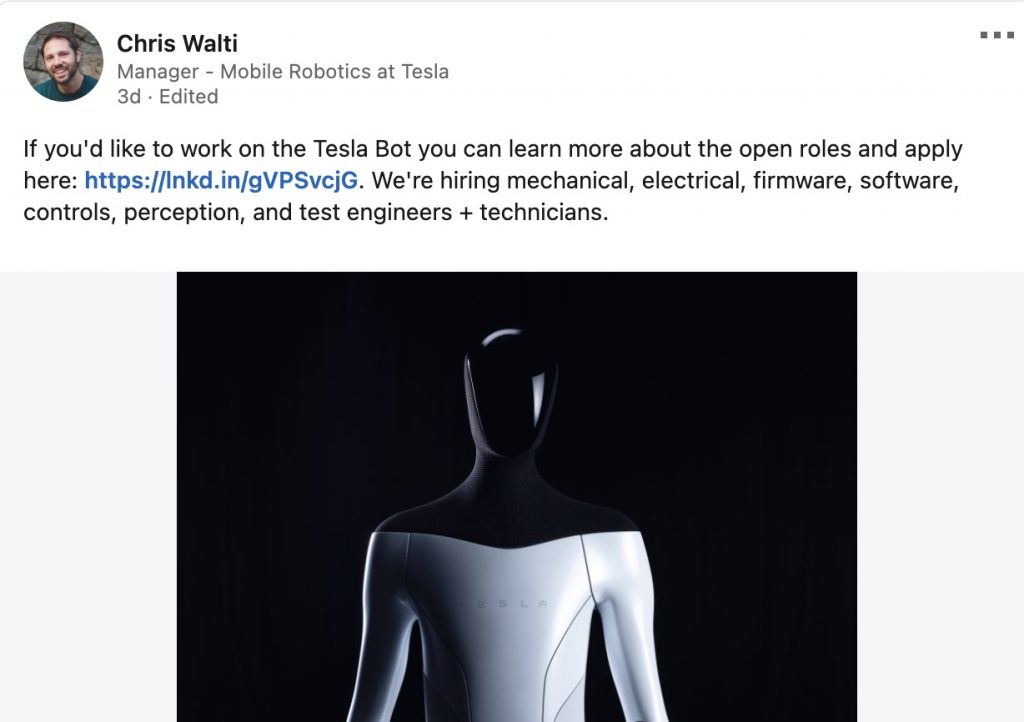 Earlier the company posted few jobs for two mechanical engineers positions and two senior robotics architects to make the Bot prototype. Tesla is on a ramping-up hiring process for the robotics team. The job roles suggest that Tesla is thinking beyond the making of a prototype. Many people predicted that Tesla would just make a prototype and keep the process at a halt. But the company is already working on hiring people for the manufacturing process of bots. Like where Tesla posted a job position for control engineer, whose responsibilities are stated below,

A carmaker making a bot is something that’s happening for the first time in history.  However, as told by Elon Musk, it makes sense for Tesla to make a Tesla Bot. It actually makes sense that an autonomous vehicle manufacturer is making a robot, which is practically a vehicle with arms, legs, and other extra qualities.

Furthermore, the new job positions suggest that Tesla Bot making will be based in California and Texas, with most job openings located in Palo Alto, California, and one job opening in Texas. The engineering technicians’ job role is stated as below,