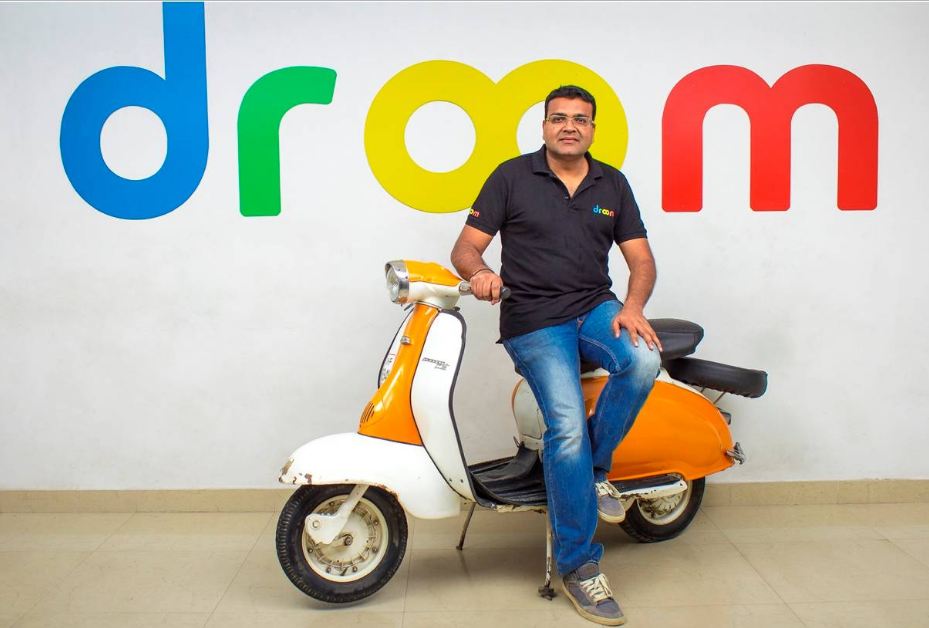 One of India’s largest and pioneering online automobile transactional platform Droom has raised $20 Million in Series C round of funding from Integrated Asset Management and Digital Garage. A number of prominent institutional investors and family offices from China, Hong Kong and Taiwan too participated in the round.

Sandeep Aggarwal, Droom Founder, and CEO  said, “Droom is the largest auto portal in India in terms of gross revenue, monthly traffic and number of auto dealers. We are also the largest auto vertical and the largest hyperlocal marketplace in e-commerce. Leaving the category behind, we have established ourselves amongst the top 4 e-commerce platforms in India. Series C rounds typically accelerate the pace of growth for a business and help it establish its undisputed leadership in its sector and that’s exactly the case with us. This fresh capital infusion into our war chest will once and for all give us an unchallenged competitive edge, not just in the online automobile space but in the e-commerce landscape at large.”

Speaking on the occasion, Jeffrey Yam, Integrated Asset Management said, “India is the next China as far as consumer internet is concerned. We are really impressed by Droom’s ability to drive innovation, create scalable technology platforms, and capture the growth of the Indian automobile industry. Droom creates value for the industry by directly addressing and solving common pain points experienced by buyers and sellers.”

Related read- Exclusive: Sandeep Aggarwal Opens Up About E-Commerce Space In India, His Outbursts In Social Media And Lot More

Siddharth Talwar, Co-founder & Partner, Lightbox, an existing investor with Droom, affirmed that Droom is both a market leader and true innovator, revolutionizing the way that people buy used vehicles in India. The Company’s focus on building core technology products to support its marketplace from its pricing engine Orange Book Value to Droom History to ECO and now Credit enables them to provide tremendous transparency to consumers throughout the country -which can never be duplicated by traditional dealers. We look forward to being a part of the company’s continued success.

Droom is founded by Sandeep Aggarwal, who previously founded ShopClues at his house in California in Oct 2010, which became 5th Unicorn in India by January 2016. Droom is a Singapore Holding Company with its subsidiary in India and United States. Droom has so far raised close to $45 million dollars in four rounds of funding. (Image- ET)