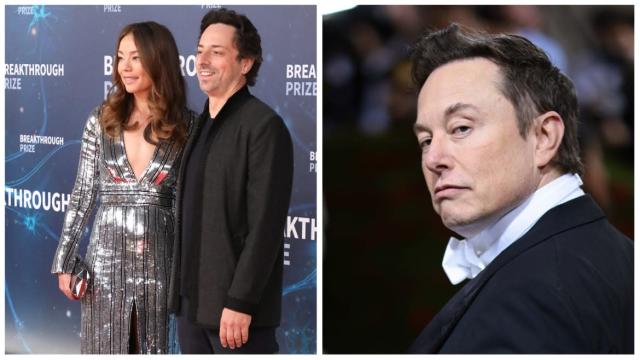 Not long ago, the cofounder of Google Sergey Brin went on to file for divorce from his wife Nicole Shanahan. Reports suggest how one of central reasons for this was the brief affair between Shanahan and Tesla chief Elon Musk. Further, it specified how both the businessmen have put an end to their informal relationship owing to the tensions.

Previously this year, the Tesla CEO reportedly went down on one knee right before Brin to offer his apologies for the affair with Shanahan. Reportedly, he expressed his sincere apologies to him, asking for forgiveness from the fellow billionaire, as sources familiar with the issue specified. Turns out, the former president of Alphabet accepted the apology, but is not on talking terms with the Tesla CEO.

This week, Brin instructed his advisors to let go of all his holdings in any of Musk’s companies. However, it is not clear as to how much was gotten rid of and how much stake he exactly holds in the EV company Tesla.

For a while now, the Tesla CEO’s private affairs has become a topic of interest as he attempted to terminate his acquisition deal with Twitter. Moreover, there were sexual assault allegations against him by a flight attendant working at his rocket maker SpaceX, which he clearly denied. Aditionally, one his own children went on to disavow him, along with reports stating that he had a baby with an executive working at the company Neuralink.

Issues between Brin and his wife:

Sergey Brin, and wife Nicole Shanahan filed for divorce earlier this year following the affair with the Tesla chief. This reportedly took place towards the end of 2021, but Brin was already separated from his wife by then. The billionaire CEO and Shanahan apparently got together in the Art Basel held in Miami, Florida last year.

Sources stated how Shanhan and Brin witnessed troubles emerging following the pandemic lockdowns, along with differences in parenting views. They had been married to each other for about half a decade, filing for divorce following the alleged affair. According to documents, their separation was carried out in December itself, with Shanahan demanding over $1 billion in alimony. The Google cofounder referred to this figure as something way higher than what was agreed on the prenuptial paperwork. To this, she argues how this is just a small part of his entire wealth worth $95 billion.