Elon Musk is to Twitter what Robin is to Batman. And today, Twitterati decided to play a game with Elon Musk as the center. Collective speculation of possible actions by Musk soon assumed a humorous form and made it to the trending list on Twitter. Musk’s tweets never fail to capture the attention of people for their inherent eccentricity and absolutely ridiculous notions that people are left wondering if they were posted by some perennially high soul. Perhaps high levels of brain activity are balanced by the mirth that is a common ingredient in most of Musk’s tweets. Even when Musk doesn’t tweet anything with comic value, people find out new ways to engage in discussions with the billionaire as the axis point. 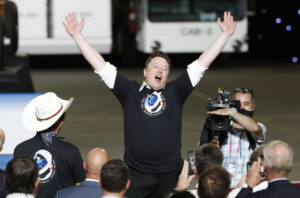 What Will Be The Next Announcement

Contemplations and speculations are second nature to Twitter. And one might even say that it is a good exercise for the imaginative faculties that might otherwise rust away due to boredom. If that is the case, then Musk has become a reason for fuelling the imaginative capacities of Twitter users who decided to start a game where they came up with ridiculously hilarious and at times solemn things Musk would probably do next. And soon enough it made it to the trending list. It is not a surprise since Elon Musk never fails to hit the trending list on Twitter. Even when not directly involved, the man has the ability to change the direction of Twitter winds. And the storm of memes and jokes that came up, as a result, are really worth looking at. Because when people decide to infuse humor and imagination together, it is sure to rattle and shake your funny bones. Here are some of the hilarious speculations from Twitter that indicate the high levels of imagination and thinking involved.

For those still mourning Stark’s untimely death, the relief and solution are finally here.

#ElonMuskJustAnnounced he will travel back in time to save Tony pic.twitter.com/YnhZGYRnSV

The below comment does not need further explanations. You know if you know.

#ElonMuskJustAnnounced Dogecoin is the currency of Uranus

Green is a pleasant color.

Perhaps this one is actually true.

#ElonMuskJustAnnounced Armageddon is real and instead of sending these dudes up there to drill into the asteroid, the billionaires are just leaving the planet without us. pic.twitter.com/X5EQH3LziY

#ElonMuskJustAnnounced that he has sold all his material possession including his SHOES for colonizing Mars.pic.twitter.com/pu2dfD3GDg

The announcement has clearly made its presence known here.

This is a possibility.

Some people are really going far with creativity. Although such collaboration will guarantee an overflow of memes.

#ElonMuskJustAnnounced a collaboration with Kanye West on his new album 🔥🤯💯 pic.twitter.com/7xlKejoMcU

And we are running short of comments suitable for the memes.