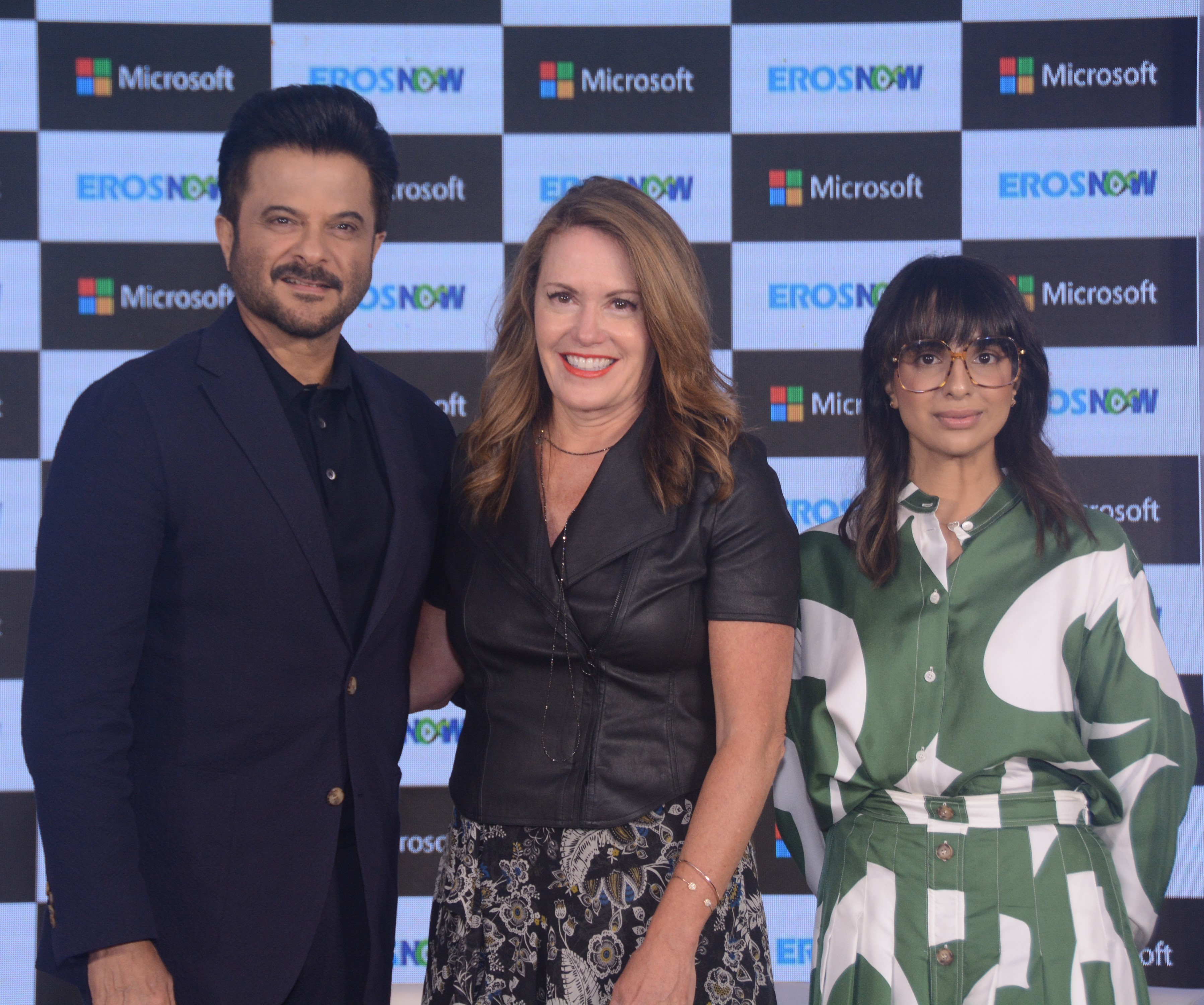 Eros Now today announced a collaboration with Microsoft to build a next generation online video platform on Microsoft Azure targeted at its consumers across the globe. This is a first of its’s kind of association for Microsoft in India in the online video space.

Rishika Lulla Singh, CEO- Eros Digital, said, “The Online Video market has brought a paradigm shift in the way technology is used and will be used to enhance the customer journey and user experience. We at Eros Now have been the earliest movers in the adoption of technology which is a core strength of the brand. The objective and the goal of this collaboration is to ensure we become the primary innovators for the video business and a gold standard for the others to follow. We have immense respect for Microsoft as a company to help us innovate and pave the path for the next generation of online video.”

Peggy Johnson, Executive Vice President, Microsoft, Corp. said, “As an innovator in on-demand video, Eros Now has been transforming the way millions of people access and consume content. By using our combined expertise across technology and media, we have an opportunity to build on that foundation and re-imagine entertainment for the rapidly growing audience of digitally-connected consumers in India.”

Anant Maheshwari, President, Microsoft India, said, “India is one of the fastest-growing digital entertainment and media markets worldwide, driven by the growth in online video content.  AI and intelligent cloud tools will be the next drivers of the media business and will impact everything from content creation to consumer experience.  We are very excited to work with Eros Now to redefine the online video watching experience for consumers.”