EV Fast Chargers to be made available in Google Maps

Google just added a new feature for EVs with its latest update. People can map Fast Chargers from the app, where vehicle owners would have otherwise been directed to a slower charger. It shows only those chargers with at least 50kW. 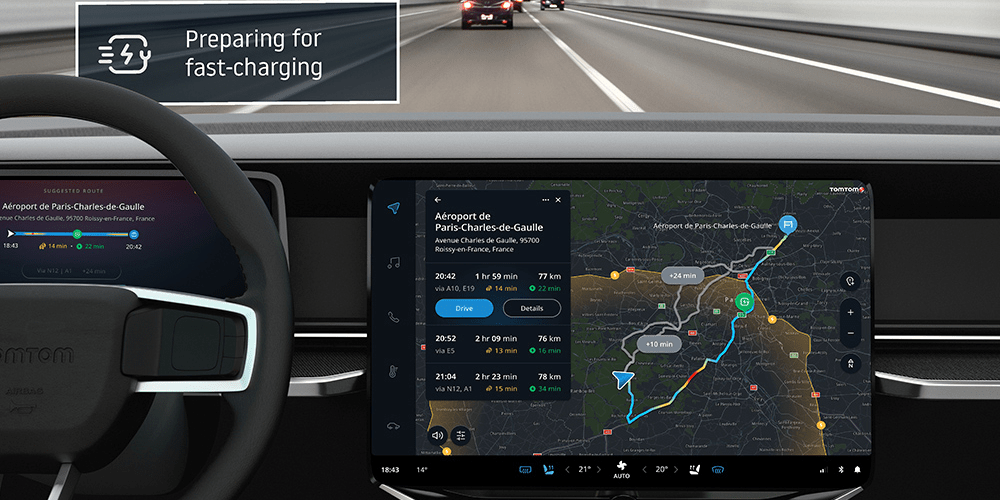 In order to access this new feature, you need to type in the search box that you are looking for an EV charger, charging station or something similar to let the app know you’re driving an EV and you’re looking to plug in. Then a new option will pop up below to allow you to specify what charger you prefer. The new feature was added to the app for both Apple and Android devices and in order to be able to use it, you need to have the latest version installed on your device. And it not only allows you to choose the charger’s power, but also the type of plug, giving the option between CCS, J1772, Tesla or CHAdeMo, to narrow the search even more.

Another feature that was added as part of another recent update allows users to tailor route planning to their specific vehicle, whether it is internal combustion-engined or electric. If you select that you’re driving an EV, it will not only consider how to get you to your destination most efficiently and quickly, but it should also factor in that you might need to charge along the way – this theoretically means there’s much less of a chance to become stranded in-between chargers, although it’s not quite a complete EV route planner yet.

This update doesn’t just work in the US, but according to Google you can use the new features in pretty much any country that has an electric vehicle charging network. Let us know if you’ve tried this new Maps feature and whether it works as intended.

Meanwhile, Live View is an augmented reality feature that lets users view places nearby like stores, coffee shops, banks, and ATMs through their phone’s camera. Simply tap on the camera icon on the search bar above in the Maps app to use it. Note that the feature isn’t available in India right now, and is being rolled out only in cities like London, Los Angeles, New York, Paris, San Francisco, and Tokyo. Accessible Places lets people know if a destination is wheelchair accessible. The feature was launched in 2020 in select countries, but Google’s now announced that it’s available globally on Android and iOS. To use the feature, turn on the “Accessible Places” setting in the Google Maps app.