Ford stopped taking F-150 Lightning reservations nine months ago. Now, the automaker is ready to reopen the order banks with a price hike. Across all trims of F-150 Lightning, the electric pickup price will be increased by $7,000. This change is stated as “significant material cost increases and other factors”. 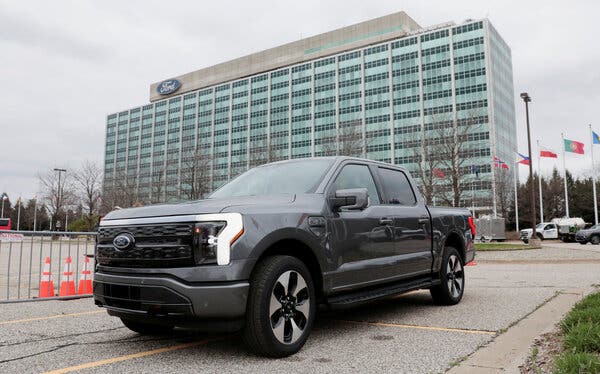 Ford stated that the changes in prices do not affect the ones who have already ordered the vehicle. But anyone who is plunking down the $100 from Thursday will be paying the hiked price of the vehicle. Chief customer officer, Model E, Marin Gjaja said, “Current order holders awaiting delivery are not impacted by these price adjustments.” Further added, “We’ve announced pricing ahead of re-opening order banks so our reservation holders can make an informed decision around ordering a Lightning.”

The new price breakdown is as follows, as stated by The Verge.

While the increase in price may seem a little discouraging. The automaker is going to sweeten the offer by giving new features and range boost up to some extent. The EPA estimated range for a standard battery pack is expected to be increased by 10 miles, implying a total of 250 miles. It’s also adding its Pro Trailer Hitch Assist technology, which pretty much automatically hooks up a trailer for you, as an added bonus.

Also, if it seems like the $7,500 federal EV tax credit might help take some of the stings out of these price increases, think again. Under the deal constructed by Senate Democrats, the Ford F-150 Lightning would not be eligible for the tax credit until at least 40 percent of its components — including the battery — are made in North America or by a US trading partner.

Furthermore, Ford currently sources its batteries from South Korea’s SK Innovation which builds them at a facility in Georgia. The company plans on shifting to lithium iron phosphate batteries (LFP) made by China’s Contemporary Amperex Technology (CATL) for Mach-E in 2023 and the F-150 Lightning in 2024. So it is likely that the vehicle will be delivered at a much later date. Which would be after the current existing orders are being delivered. With such a time gap, an update like that seems mandatory.