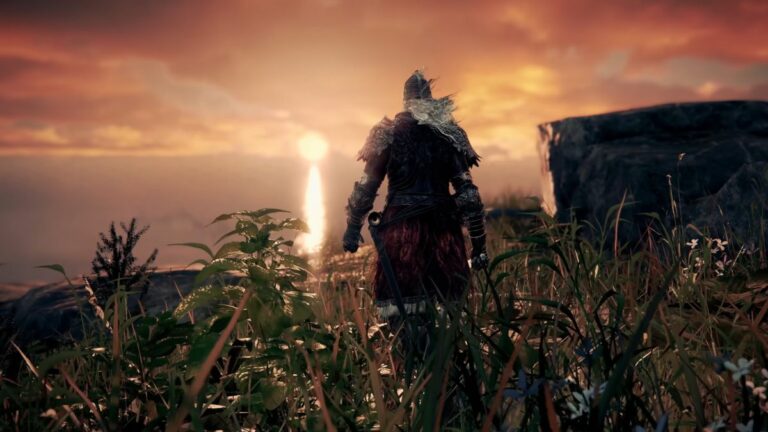 It has been nearly three years since author George R.R. Martin casually ridiculed the work on a video game “from Japan”, but the release of Elden Ring is only a few months away. Game of Thrones author George R. Martin said Elden Ring looks amazing in a new blog post but admitted that he’s more of a strategy game fanatic. At the start of this year, George R.R. Martin revealed that he had a share in creating the world and characters of Elden Ring, and he completed his part of the work “years ago”.

“A few years ago,” game designer Hidetaka Miyazaki and his team contacted Martin and asked if he was interested in “creating a background story and storyline for the new game they are developing.” After he did this, he explained that “He passed this to my new friends in Japan, and the studio got it from there.

Martin participated in FromSoftware’s upcoming RPG game, Elden Ring, as one of the people who helped create this quirky and complex fantasy world. As he told us his part was done years ago we still wonder what he thinks of the game at the present stage. On his blog “Not a Blog,” Martin explained how Miyazaki reached out to him to help create the backstory and history of the games.

Martin adds on his blog that games are not his forte, but that he loves strategies of the kind he has played. Martin added that this happened many years ago, later in his blog noted that creating video games takes a long time. Elden Ring has also been delayed while explaining the delay publisher Bandai Namco said in a statement that “the depth and strategic freedom of the game exceeded initial expectations.”

Elden Ring promises to continue the relationship in the open world, and the story will be written not only by director Hidetaka Miyazaki (also director of Bloodborne’s) but also by Game of Thrones author George R. Martin. Players who were previously exiled from the land before the ring was damaged must now collect runes, transform the old ring, and become the eldest lord to save the land. A deep, dark, and resonant world that will serve as the basis for the games they are about to create.

He talked about FromSofts, “revolutionary material with great art” and how it helped with “just the small world of construction. ” Video games are as big as movies these days (actually more) and they take the same amount of time to create”. He explains that video games are not really for him, but also admits that the offer was too good to be turned down, given Miyazaki and his team’s revolutionary influence on the video game industry.

Describing video games as “not my real genre,” Martin went on to say that before praising Miyazaki and the FromSoft team, the offer to work on game history and legends is too exciting to give up. “A few years ago, Hidetaka Miyazaki and his excellent development team behind the Dark Souls series contacted me from Japan and asked me to help them create a story for the new game they are developing”.

In the same blog post, the writer praised the finished artwork, describing Elden Ring as amazing-looking and sharing his excitement for the release. This was enough to further raise the expectations for this new game, especially among RPG fans. And he once again said all the good things he thought about the design team and the upcoming name.

Miyazaki used his input as a basis for the game’s storytelling, comparing the process to using a “dungeon master’s guide in a tabletop role-playing game.” With Elden Ring in its infancy, The creators of Dark Souls asked the creator of Game of Thrones to potentially write their game’s backstory. It also seems like most of his work started early in development.

Winner of the most anticipated game at The Game Awards for the second year in a row; Bandai Namco had to suspend pre-orders for the Premium Collector’s Edition. Fast forward a few years beyond working on building the world, and with the release in early February, Martins was thrilled. There is also a hint as to how large the setup will be for the game. Hence, players please be careful in avoiding spoilers, it’s just a little more than a month to release. Data scientists who reviewed the Closed Network Test games in November found various classes of weapons, infusions, and game models in the games.

Martin’s excitement that what he helped create has come true is nothing new to those who have followed his work before. Martin has invested his talent in the history and knowledge of games, with a rich history of the world and its characters who are already teased by the official games website and social media accounts. Currently, he is working on the prequel series of Game Of Thrones ‘House of the Dragon’, which will hit HBO this year. He has expanded his involvement in the gaming community by creating content on his YouTube and Twitch channel dedicated to Let us Plays games and tutorials.