Ghana’s Vice President, Mahamudu Bawumia, has urged African nations to investigate digital currencies, saying that they have the potential to boost intra-African commerce. Furthermore, such digital currencies enable African countries to conduct all cross-border transfers smoothly, according to the leader. 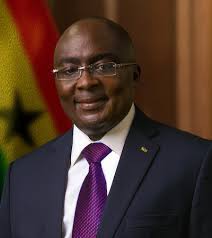 Ghana’s government has backed the CBDC.

According to reports, Bawumia made these remarks while speaking to attendees at the Ghana International Trade and Finance Conference (GITFIC) opening ceremony in Accra. Bawumia is quoted in the report praising the Ghanaian central bank’s e-cedi programme. He stated that the Ghanaian government is prepared to “provide it with the necessary credibility and legacy.”

Bawumia made these remarks, according to sources, during the opening ceremony of the Ghana International Trade and Finance Conference (GITFIC) in Accra, the African continent’s central payment and collection infrastructure will allow “African enterprises to clear and settle transactions in their home currencies without relying on third-party currencies.”

This system can also serve as an alternative to the present high-cost and protracted correspondent banking relationships by facilitating commerce and other economic activity throughout the continent through a single, low-cost, and risk-controlled payment clearing and settlement system, he said.

Meanwhile, in his speech, Ghana’s Vice President lauded the Akufo-Addo administration’s banking and digitization initiatives. “At the same time, digitalization has become one of Nana Akufo-most Addo’s essential policies,” he concluded. Several economies were forced into partial and total lockdowns when the COVID-19 epidemic occurred.

Mobile money and digital platforms have emerged as major financial inclusion instruments for Ghana since the advent of the Covid-19 pandemic. Bawumia urged other African countries to follow Ghana’s lead, citing its success as an example. This, he stated, is necessary to “guarantee the growth of the AFCFTA [African Continental Free Trade Agreement] vision.”