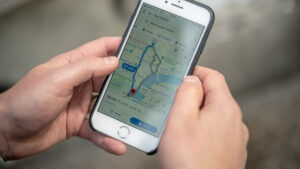 Reports from this week specified how contract employees of Google Maps required to return to their office in Washington state are opposed to in-person work. Recently, they circulated a petition to continue their work from their homes owing to some not being able to afford commutes. Clearly, this brings about yet another challenge to the search giant’s plans to resume in-person work.

This issue impacts over 200 employees who are employees of the outsourcing firm Cognizant Technology Solution, including the mandate about them working in an office in Bothell five days each week from June 6. The main role of these workers is to update route and destinations on Google Maps, which over a billion use every month. Reportedly, 60% of these employees demanded managers to suspend the new return-to-office timeline. But firstly, address other concerns of the employees such as health, child care and finances. The Alphabet Workers Union, comprising over 900 member employed by Google’s parent company, Alphabet, and its suppliers supported the petition.

“Gas is around $5 per gallon currently, and many of us in the office are not able to afford to live close to the office due to our low salaries and the high cost of housing in Bothell,” the Cognizant employees wrote.

Google’s full time workers with office jobs are supposed to work in-person three days every week, leading to Cognizant employees calling for the same flexibility during interviews. They would no further have access to the provision to working from home from June 6.

A clear range of disparities between the direct employees and contractors of Google is highlighted in the policies. According to estimates, Google has way over 100,000 temporary, vendor and contract workers that spend their time on Google project though they officially work for other companies.

In a statement, Cognizant clarified that its return-to-office relied on the the work employees did, along with their needs. Both Jeff DeMarrais, Cognizant’s chief communications officer, and Courtenay Mencini, a Google spokeswoman considered the health of the employees to be the top priority.

Washington contractors stated most of them earned between $16 and $28 an hour, way less than Google’s full-time workers. A maps operator hired during Covid-19, Tyler Brown pointed out how he would end up spending $280 of his $1,000 biweekly earning on fuel to reach the office on his Toyota. He specified that the office was about 73 miles far from his home in Olympia, Washington.