Google Play Store or the Android Market is the one-stop destination for android users who want to install or update apps. What started 12 years ago as the Android market continues to offer android users the latest innovations and technology. Over the years, we have witnessed many new updates as Google wants to offer the best user experience.

As expected with its latest update, the Google Play store has recently launched a new feature that allows the users to see which apps are trending and which ones are falling on the play store chart. Owing to this new feature, users, developers, and publishers will see a change in the rankings of the top apps listed in the Play Store. 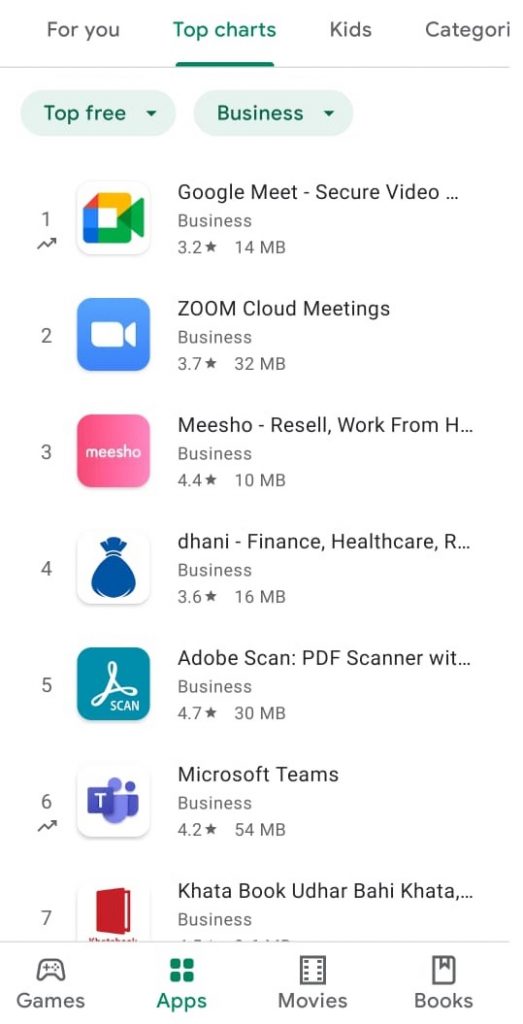 While this new feature is convenient in determining an app’s growth, it doesn’t give the exact count. This reveals that users have no idea about how the download rates are tracked. Moreover, since the icon shows arrow marks going up or down, one can only comprehend that the app is rising or falling, but not by how many slots.

Trustable sources such as Sensor Tower says that based on the reports of December 2020, Google was experimenting with the new features to compare two or more apps with their functions. It was also witnessed that the app has increased its spending by more than 35% globally during Christmas.

Google Play was also exploring and testing some other features, just like the comparing one. The pandemic has changed the course of how we operated before. Today, more and more people have started investing in mobile apps. In fact, nearly $400 Million were spent across Google Play globally. Hence, it won’t be wrong to expect some new and cool features popping up soon in the next few updates. Until then, stay tuned!