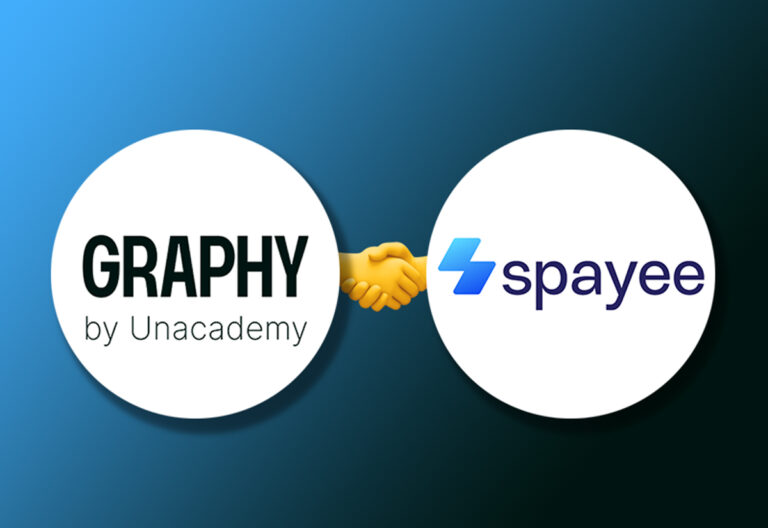 Unacademy group-owned content platform Graphy disclosed the acquisition of ed-tech platform Spayee for $25 million on Monday. The company, however, didn’t disclose whether the deal was a stock swap or a cash payout.

The acquisition will contribute to improving Graphy’s presence in the creator ecosystem, as well as expand its coverage and allow it to optimize its product offerings. Spayee will continue to function independently following the acquisition, according to the statement.

Spayee founded in 2014 by Aniruddha Singh, Gourav Kakkar, Sandeep Singh, and Vijay Singh, is a SaaS platform that allows users to make, market, and sell online courses. It provides content creators to create personalized courses in the form of audio and video tutorials, quizzes, assignments, PDF documents, and live classes. Spayee also facilitates creators in developing their own websites and mobile apps for Android and iOS. The company claims that it is currently utilized by over 2,000 creators and corporations to launch their own platforms.

Sumit Jain, co-founder, and CEO, Graphy commented on the development saying, “We share a common ethos with Spayee, recognizing the need for an affordable, secured, and scalable medium for content creators to build an online education business. And Spayee has built a winning proposition for creators. We are confident that having them as part of the Unacademy group will help us explore common synergies and build the world’s largest creator community.”

The acquisition comes almost two months after Bengaluru-based Unacademy secured $440 million in a Series H round backed by Singapore-based Temasek at a valuation of $3.44 billion. Unacademy has been acquiring small to mid-sized startups in order to expand into new markets such as jobs and the creator economy.

In the last two years, Unacademy has acquired almost ten startups, including Rheo TV in July of this year. It had previously acquired CodeChef, Mastree, PrepLadder, and Kreatryx, among some other startups. Unacademy invested $20 million in group subsidiary Relevel last month to expand the online hiring platform’s workforce and increase the variety of career opportunities.