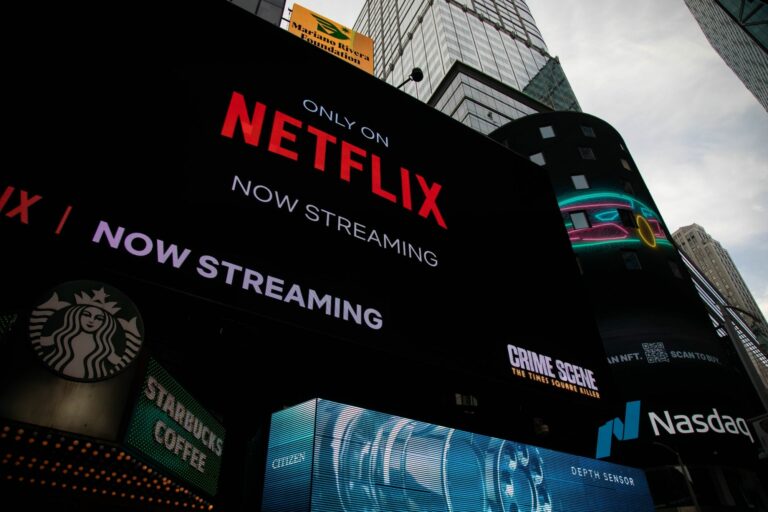 Netflix based in Los Gatos, California is one of the largest over-the-top platforms in the world with more than 231 million paid memberships. Founded by Reed Hastings and Marc Randolph in 1997, Netflix has come a long way from being a CD mail rental business entity to an online streaming giant.

This article will look at the rise of Netflix as a significant player in the streaming and entertainment sector.

Even though the initial plan was to sell or rent VHS tapes through the internet, they rejected the idea as stocking VHS Tapes was too costly, and the product was too delicate for shipping over large distances.

It is during this time, DVDs (Digital Video Disc) were introduced in the United States and became an instant hit. Hastings and Randolph decided to conduct a trial of selling and renting movie DVDs.

The first DVD was sent to Reed Hastings’s house located in Santa Cruz. As the shipment reached the destination intact without any damages, the founders of Netflix decided to start their operations in full swing.

Within a few months, in April 1998, Netflix launched its website and online operations through which users can rent films from a collection of 925 titles. Netflix began its DVD rental operations by following the traditional pay-per-rental model where users pay a fee each time they rent a movie. 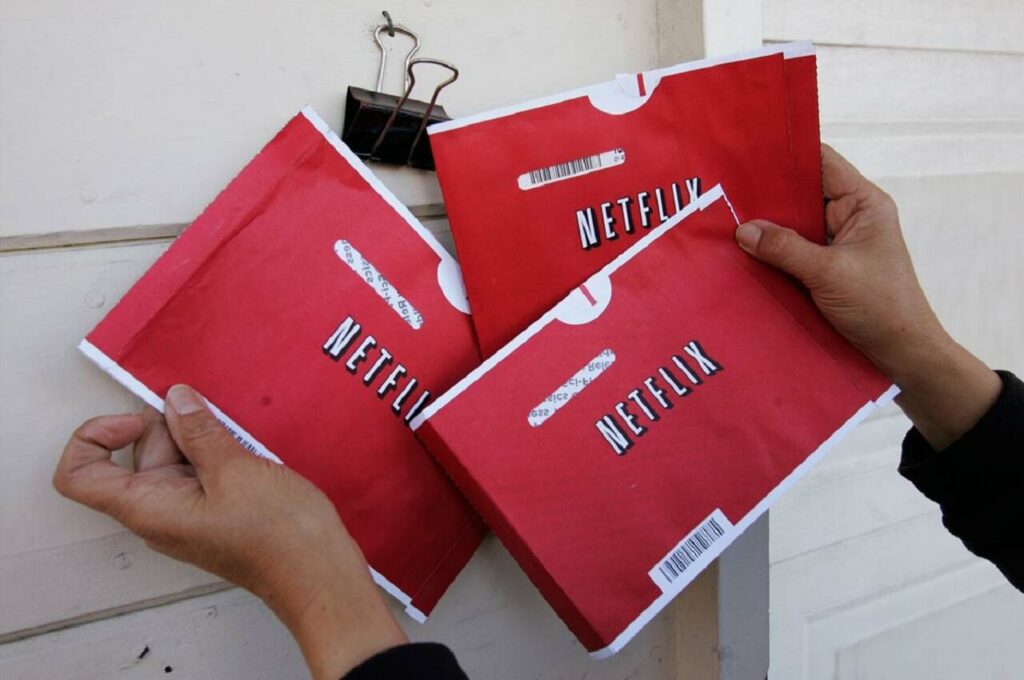 As the internet started to penetrate deep into markets and take over various industries, the DVD-based business Netflix began suffering losses in the early months of 2000. During this time there was an attempt made by Reed Hastings and Marc Randolph to sell the company to Blockbuster LLC.

The decline of the dot com bubble and the 9/11 attacks on the World Trade Center and the pentagon forced Netflix to delay its initial public offering on American stock exchanges. The company also laid off a large number of employees to keep up with the economic environment.

The holiday season of 2001 was a game changer time for Netflix as DVD subscriptions grew at an unprecedented level. People purchased DVD players as gifts during holidays which in turn increased the demand for DVDs.

Netflix Inc went public on NASDAQ with an NFLX ticker on May 23rd, 2022. At the initial public offering, 5,500,000 shares of its common stock were offered for $15.00 per share. Through the IPO, the company raised 82.5 million dollars.

During the time of IPO, Netflix had a considerably large user base of more than 600000 subscribers and a collection of 11500+ titles in its library.

One year after its grand IPO, the company announced that its total subscribers has touched 1 million.

The DVD subscription company went through various phases of growth in the next few years until 2007 when it made a grant announcement that it will soon launch video streaming services. Just a few days after the announcement, in February 2007, Netflix launched its video-on-demand streaming service via the Internet.

This was a major shift in the business model of Netflix which was until that moment focusing on DVD sales and subscription business.

Over the next few months, Netflix which only had operations in the United States began expanding into major markets in North and South America with the first being Canada. In 2012, the company also started operations in European markets such as the United Kingdom, Ireland, Denmark, Finland, Norway, and Sweden.

By the beginning of 2016, Netflix turned itself into a worldwide OTT streaming service with operations in almost all parts of the globe with certain exceptions.

Quality and uniqueness of content and acceptability across the globe helped Netflix maintain consistent growth in its subscriber base.

From 110.64 million subscribers in 2017, the total number of subscribers went up to 221 million by 2021. In the same year, the company also launched its gaming platform on Android.

2022 was not the perfect year for the streaming company as subscriber growth slowed down. High demand for OTT platforms which existed during the pandemic time waned down as markets reopened. The emergence of newer OTT platforms and the growing significance of other established streaming services increased competition in the market.

To cover the slowing growth in subscribers, the company decided to increase the prices. This resulted in an unexpected market reaction. Netflix lost nearly 1 million subscribers and suffered losses in the stock market.

Despite challenges, the streaming giant was able to finish 2022 on a positive note as Netflix added 7.66 million net new subscribers in the fourth quarter of the financial year. It posted a total subscriber base of 230.75 million worldwide in 2022, smashing its previous target of 227.59 million.