Some tweets are blocked by Twitter with a “potentially sensitive content” warning, including when you retweet them. This warning can be turned off, even on an iPhone or iPad. Without making your account private, you can also disable sensitive content warnings on your tweets. 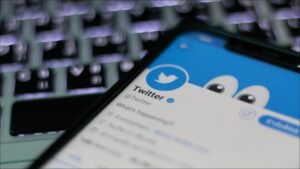 Twitter’s privacy settings allow you to disable the Sensitive Content warning. These options are available in the same location in the Android app, but not in the Twitter app for iPhone and iPad. However, if you change the setting on the web, the Twitter iPhone and iPad apps will display sensitive content without warning.

Tweets containing sensitive content are typically hidden from searches, but you can enable them if you prefer. You can do the same thing in the Twitter app for Android as described above, but the setting isn’t available for iPhone or iPad.

This option is available on the web and in the Android app, but not in the iPhone and iPad apps.

Note: Twitter reserves the right to permanently enable this option for your account if you abuse it by uploading sensitive media without properly labelling it. That’s why you can’t disable it.