How to get HBO Max on TV 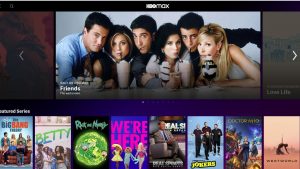 Additional licensed content, including shows from the BBC, titles from the Criterion Collection, the works of Studio Ghibli, and other extremely popular series like Friends and The Big Bang Theory, make it one of the most well-known and high-profile streaming services yet. All of that is in addition to original shows and movies that will be exclusively available on HBO Max.

But HBO Max costs $14.99 a month, making it one of the most expensive streaming services around. If you want to HBO Max for free while already paying for other related streaming services, such as HBO and HBO Go, things get a little bit tricky. Depending on where you get your current HBO or HBO Now subscription – or which cellphone plan from AT&T you have – you might already be having free access to HBO Max without actually knowing it.

If you are an existing customer of HBO and subscribe to HBO through a cable or internet TV provider, there is a very high probability that you have access to HBO Max already. Major providers, such as AT&T TV, DirecTV, Cox, Optimum, Comcast Xfinity, Hulu, Verizon Fios, and Spectrum are all supporting HBO Max. So, if you already have HBO through one of those providers, you should be able to log in by using your usual credentials.

If you are an existing customer of HBO NOw and pay for it through HBO Now directly or through either Google Play, Apple, Samsung, Verizon Fios, Optimum, Consolidated Communications, or via Liberty Cablevision of Puerto Rico, then your account will automatically be converted to an HBO Max account.

For AT&T customers, some of AT&T’s wireless, internet, and TV plans include a free subscription to HBO Max. These plans include AT&T Fiber’s 1 Gig plan and AT&T’s Unlimited Elite wireless plan.

However, if you pay for HBO Now through another provider, such as Amazon, then you will not have access to HBO Max, even if you try to log in on another, non-Amazon device. In this case, you will either have to wait until WarnerMedia works out a partnership with the provider that you use, or switch your HBO Now subscription over to a different company. Alternatively, you could also subscribe directly through WarnerMedia.