How to use Apple Arcade on your Mac

Apple Arcade, which was first introduced not so long ago in 2019, is a video game subscription service available across several Apple platforms, including Mac, iPhone, iPad, and Apple TV. It offers more than 180 games with no ads and/or in-app purchases. 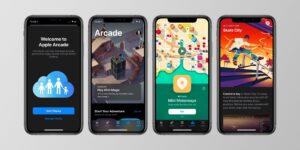 Keep note that not every game that is available on Apple Arcade game is available on Mac, but a majority of them are. New games and content updates are constantly being added to Apple Arcade each week. You will be able to preview all of these upcoming releases under the Coming Soon section that can be found across the various platforms.

Apple also keeps an updated list of all the games that are exclusive to iPhones and iPads on its website. You can find the list here.

Several Apple Arcade games are inclusive of controller support. These games feature a controller icon on their product page and thumbnail on the Mac App Store.

Keep in mind that games on Apple Arcade can be played even without an active Internet or data connection, and you can delete the downloaded games from your Mac at any time you want.